My goal in life is to get the ofxFern addon to work. Until I achieve that, I (and you, I suppose) will have to settle for ‘shimmer shimmy’, a little monster that I created taking the ofxDrawnetic and the associated ofxGenerative addons by rezaali and smushing them into the openframeworks sound player example.

The original sound player has three sections for synths, beats, and vocals. The synths and vocal sections relies on mouse clicks, and the beats section is driven by click and drag. Most of the generative brushes available in ofxDrawnetic rely (as brushes tend to) on click and drag mechanics as well. So, I got rid of the vocals and synths options for the sound player, expanded the beats section, and imported the brushes so you could draw while you created sick beats (yo). 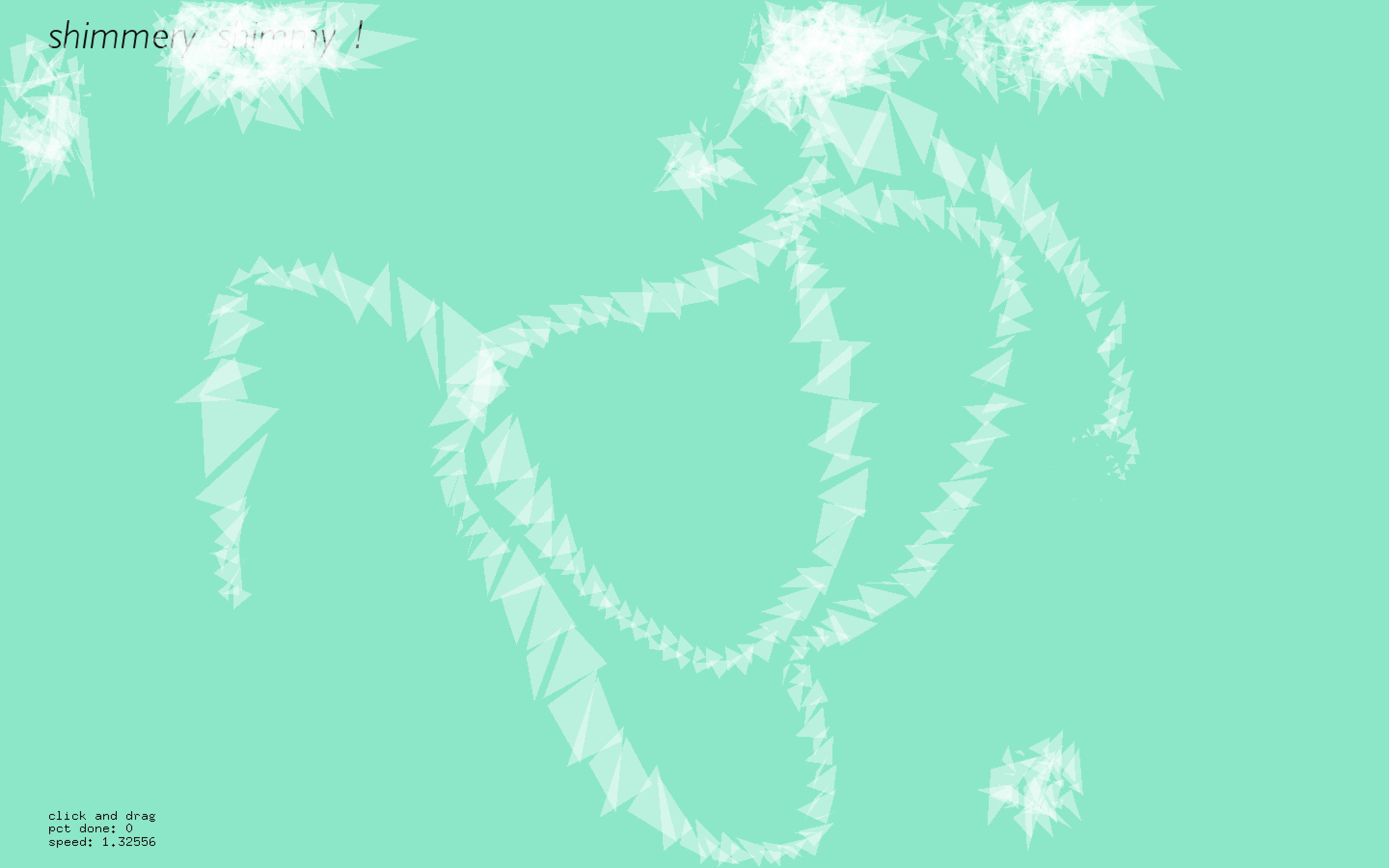 I chose the ‘flocking brush’ example inside ofxDrawnetic because I liked the shimmery effect of the brush, and thought it looked a little bit like the polygons were dancing along to the beats as they shimmer, or fly, or whatever you’d like to call it.

It would be pretty awesome if there were a way to make the frequency of the ‘shimmering’ match the speed of the beats one generates. I’m sure there is, but that’s a bit beyond me at that moment. Something for next time, perhaps!