2 years ago, I came across with this visually stimulating, break beat generator. The moment I first saw this on vimeo, I couldn’t help myself but repeat the video till I deconstructed the whole project. Simply put, it is the perfect performance device. It has tons of sampled and synthesized sounds in it, and it has an amazing beat navigator.

You can scrub or rewind rapidly, and it has a blip shaper built into it. I loved this project, mostly because the audio and visuals are in a total harmony, and the multitouch feedback is almost flawless for a beat navigator & real-time modeller. Naturally, I imagined myself playing it in front of an audience, and their feedback. It’s interface is pretty easy, much like its setup, and it doesn’t require too much effort to play. 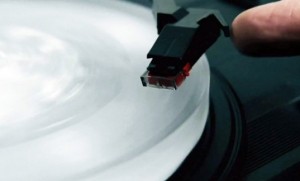 So turns out in Sweden, they know how to keep it hip. The band, Shout out Louds, sent a kit to ten select individuals along with a set of instructions on how to make the album along with a mold and a bottle of water. The record can be made by pouring water into a negative imprint of the master cut and left in the freezer for no longer than six hours. The frozen disk is then removed and placed on a standard record player. Aside from a bit of crackle and static, the album sounds surprisingly good, with clear beats and resonating vocals.

Just when I thought the vinyl can’t get any ‘cooler’, this project surprised me. I honestly thought good concept albums were already long gone. I think the idea behind this project is really ‘cool’.  First, the listener also is a part of the production process. Secondly, as soon as the record begins to melt, sound quality begins to diminish, so the listener has to pay attention to the song. Perhaps, it would probably be best to get everyone in the room around the speakers to listen at the same time. It’s a one-time deal..

I think this is a really simple, yet surprising instrument. The idea that it converts the objects into sounds is interesting per se, but looping them amplifies the fun.  It uses processing, a distance measuring laser, and a stepper motor. 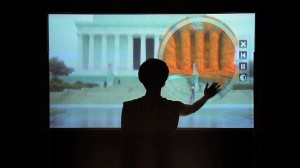 Although I really like The Mill and their reel, I think this is a rather awkward project. Mostly because I couldn’t understand the purpose of this device. I do understand it’s functionality, and I can only imagine how cool it looks. But the purpose of this device is a bit too blurred. It’s a multitouch reel-showcase-o-matic built by and for The Mill crew? Growing in the heart of the creative advertisement industry myself, I know how important “showing-off” can be. However, this can only be used in the dark, and you can’t just put it into the lobby area of the agency building. For a creative advertising agency, the video quality and colors should also be important, but I think it lacks in both, (perhaps to make room for performance?) Swiping on the image reveals the chroma-keyed footage, but apart from that, I can’t see, truly how this can be used other than showing off online. If that was the case, I guess they did a good job.