I can still remember high school history when they made us memorize a whole bunch of dates just for the sake of it. The dates never meant anything to me then it was just a whole bunch of data. When I saw this talk with Rosling using his Trendalyzer software (http://en.wikipedia.org/wiki/Trendalyzer) a few years ago my mind was blown.

In the talk above, Rosling uses data visualization to convey a tremendous amount of information to us in a digestable way. Its really remarkable. The fact that an animated circle moving across the screen accompanied with Rosling’s commentary can convey a countries evolution from third world to first world is stunning. The books will tell you history – Rosling shows you history. That makes all the difference.

OK, so its not really a spider. What I found surprising here though was the idea of making something based on surrounding elements. Currently the norm in architecture seems to be creating rigid non-conforming bodies. MIT shows us how using tensile elements like strings to build structures that conform and rely on their surroundings.

I am not an architecture expert, but I think this is really surprising since it opens many doors towards architecture that can adapt based on my needs. A simple example might be using this robot to change the structure and patterns of a skylight based on the location of the sun.

Could have Been Great but Disappointed Me: Pinokio, The Animatronic Lamp that is Aware of its environment

Before watching the video, the notion of a moving lamp reminded me (and many of you I’m sure) of John Lasseter’s Luxo animation for Pixar. I was expecting a lamp with the same depth as Lasseter’s, and unfortunately got something less. 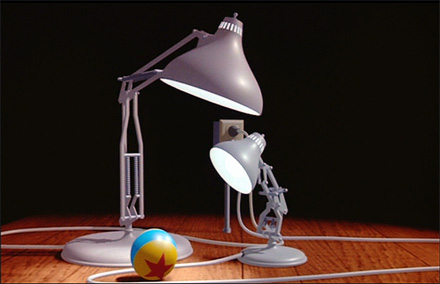 First thing that bothered me was the sound of the servos. When I think of a lamp, I think of smooth graceful movements – similar to the way the light can smoothly be amplified. Instead, the servos were very loud and annoying.

The lamp was a total spaz, and would jump around too much. In a way, I think it would be more human if it were a little more neglecting of the user.

Finally, the nail in the coffin was that this lamp was not a lamp at all. It had no light. Not only
did that make it less of a lamp, it also was a huge waste of an opportunity. Imagine the interaction
that would be possible by dimming or shining the light. Or maybe changing the color (say red when its angry). This bothered me a bunch, and when I scrolled to the comments I was glad it bothered someone else as well.