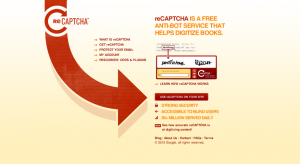 It touches me so profoundly because this project turns those time which used be wasted into something valuable in large scalability. Prof Von Ahn mentioned “human computing” in his paper. Recaptcha solve the problem how to digitize real-world publishment which used to be not precise and expensive. It benefits society a lot to make knowledge more available all over the world.

The Johnny Cash Project is a global collective art project for memorial of Johnny Cash.

They separate Johnny’s final studio recording Ain’t No Grave into each piece of frame. After that, they crowdsourcing these frames to public allowing people all over the world to recreate each frame with their own way.

I can’t say more words to describe how genius they are. Here’s their determination.

The Johnny Cash Project is a visual testament to how the Man in Black lives on – not just through his vast musical legacy, but in the hearts and minds of all of us around the world he has touched with his talent, his passion, and his indomitable spirit. 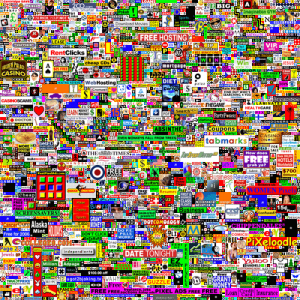 The million dollar homepage project (intro here) is an interesting project. Within a 1000 * 1000 pixels page, it was sold for $1 for each pixel on 10 * 10 blocks. Finally, the website was sold over 1 million dollars.