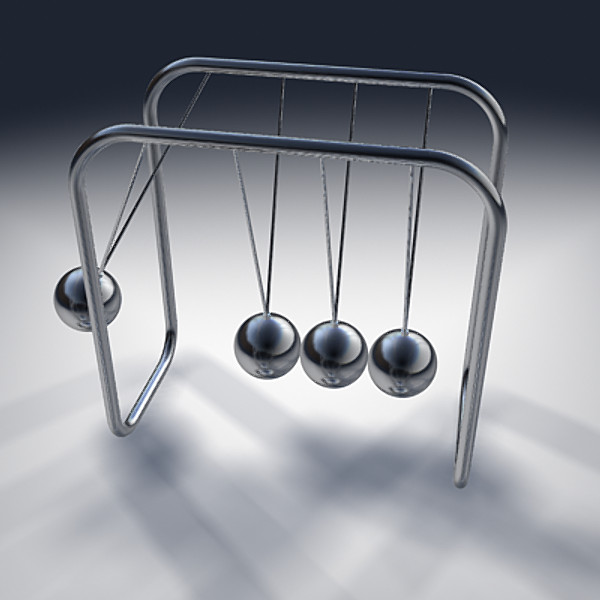 I approached the idea of a hackathon the wrong way. Similarly to how I spent a lot of time trying to get a solid base in openFrameworks, I spent a lot of time that I could have spent hacking at the existing code reading the SDK and websites instead. For this project, I wanted to make a Newton’s Cradle that would transfer energy to the last ball on the edge of a line formed by the cubes. I was especially interested in finding a way to make it visually interesting even if the cubes weren’t in a straight line–the physics wouldn’t work but that was part of the challenge.

After working with Processing’s relatively simple interface as my main visual environment I severely underestimated the time it would take to learn C++ and the environment that Sifteo had built. I only recently have begun to see how everything fits together nicely. As it stands, my project combines two of the examples together in a single project from which I can launch into the aspects of the environment that I have learned about but not yet used. At the very least I have learned to spend only a little time in the SDKs and more just gaining new experience hacking around existing projects. I have also gained a great deal more respect than I already had for people who can pick up new technology and hack something cool out of it relatively quickly–I think I’m getting the hang of it but I’m definitely not there yet.