Gource is a tool for visualizing the growth of a project over time in a version control system, such as Git or SVN. Projects are displayed in a flexible tree representing the directory structure and files in the repository, continuously prodded and modified by the orbiting developers. This method of displaying the project tree lends a very organic feel to the development of the project, which is refreshing given traditional, stiffer methods of displaying such information. However, one piece of data not represented in the visualization is the relative size of files in the tree, which could be another helpful view of the evolution of projects, particularly small ones with few files. In the present form of Gource, such a project, even if it experienced a lot of changes, would appear fairly static. Gource may have been inspired by code_swarm, also released in 2009, which presented commits more in relation to the individual developers, and thus is a much less clear presentation of the evolution of the project itself.

Re: Sound Bottle captures sound snippets from everyday life and produces an on-the-fly remix built from ordinary sounds. The extreme simplification of the interface to just a cork, and the surprisingly catchy results overcame my low expectations. Unfortunately, this project is not extensively documented, and so I am left with questions: Does the jar only hold a few sounds? What differentiates recording time and playback time, given the single binary interface? How are sounds emptied out of the jar? Perhaps, given the project’s relation to the childhood practice of catching fireflies in a jar, the bottle could be extended to detect its orientation or motion to allow more varied interaction. Nonetheless, the sound bottle does have me thinking about everyday sounds in a more musical sense, without even using it myself. 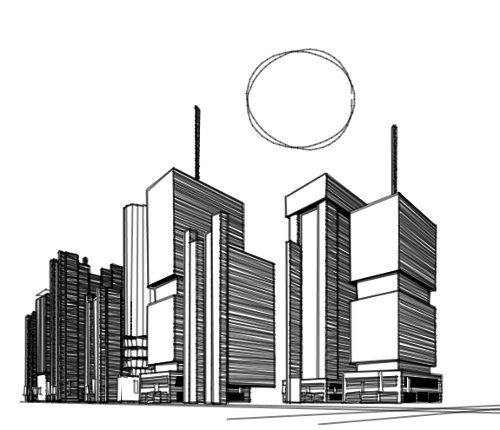 Schizzo 2 generates a semi-random cityscape with sketchy line styling. Upon first discovering this project, I expected a reasonable procedurally-generated city which could be used as a jumping-off point for the imagination. Unfortunately, it merely spreads a small, repetitive set of pre-set objects across the screen, and renders them independently of each other, not even taking into account its own sun placement. This project was probably envisioned as a quick and dirty procedural city generator and sketchy line renderer. It does little to stand out from existing offerings in either camp.