The Upkit assignment got me to try out more than few dozen ofxAddons. It was like eye shopping in a shopping mall. I discovered a few that are remarkable for various reasons. 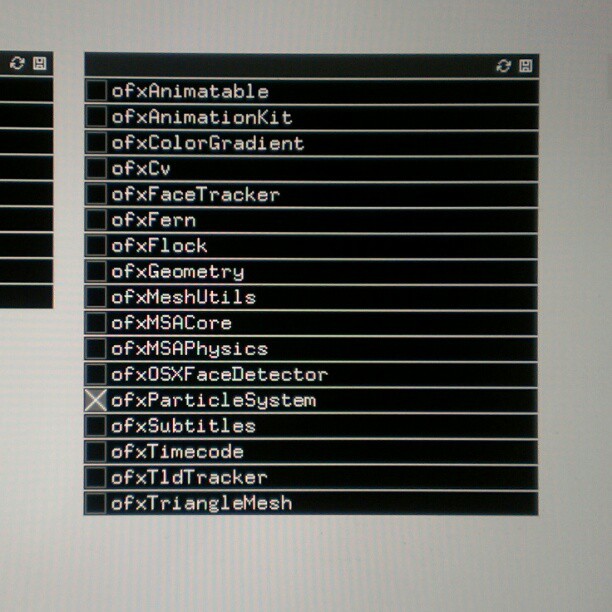 This is a screenshot of some of the addon installed at OF. Sometime during the work session, oF stopped compiling with no good reason, and after half an hour of panicked debugging and googling, I asked Zach Lieberman what to do. I thought it’s an Xcode error that happened when I changed setting for debugging, because it wouldn’t debug. He suggested downloading oF again, and it worked. I still don’t understand how addons work in actuality. I shopped around enough to understand what addons can do. Here are few favorites. 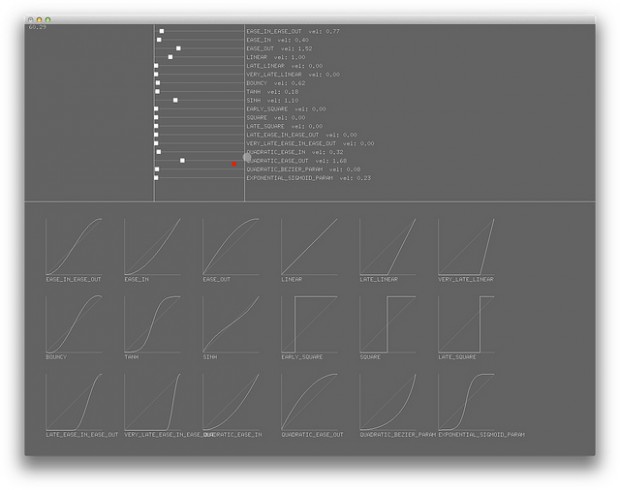 This is a great toolkit to animate visuals in openFrameworks. It gives more than enough choices for oscillating data which one can use to position puppet or make generative graphics. While the tutorial is straightforward, I wish there was more examples which shows the addon in action. I didn’t know where to start with this addon and when compiled with other addons, there were major crashes which was difficult to nail down. However, it is mostly a problem of my unfamiliarity. https://github.com/armadillu/ofxAnimatable 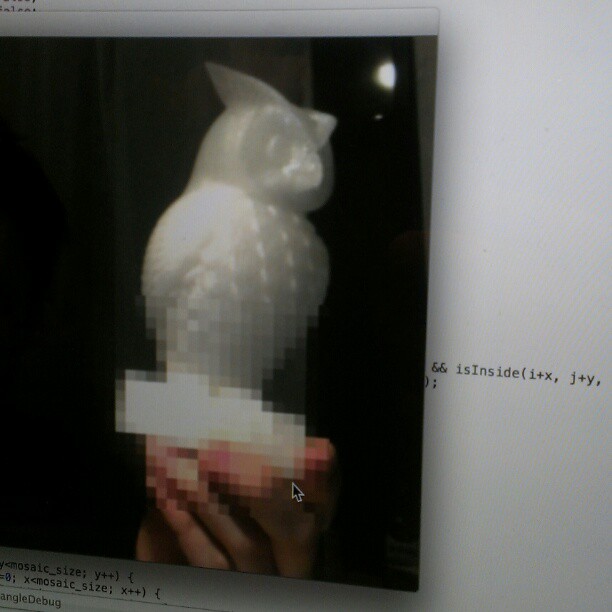 ofxTldtracker can mosaic certain areas of the vision. Cool thing is that even if the subject moves around in the frame, mosaic follows it. It also has two example code which gives me a good idea how to work with it. I like it because it vaguely resembles adult films or crime documentary where they hide victim’s face. I’d need to find a way to alter pitch of voice, and I can have Instant B-grade film filter. Wait… that’s a great idea for an addon! (Picture is an owl I printed as a test for 3D printer. and his bottoms are pixelated with the addon.) 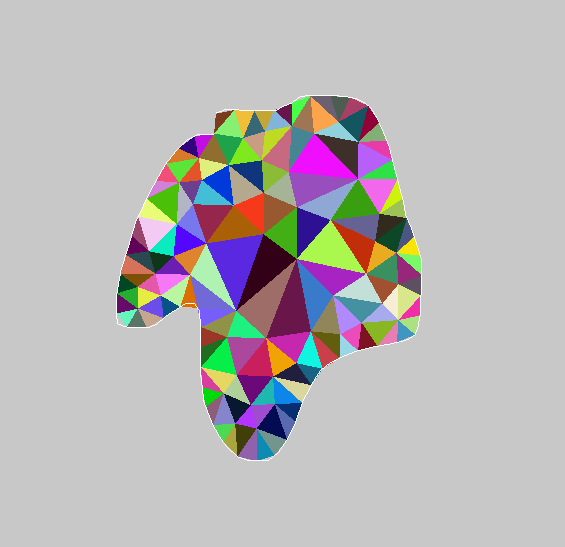 This is a fun little addon that generates triangulated pattern when you draw on the map. I like it because it was easy to use, and the result looks like abstract artists like Sol Lewit. With a bit of research, I’m sure one can make Sol Lewit plugin or addon. I remember an art critic mentioning Sol Lewit’s understanding of mathematics was relatively simple. However it was his visual imagination that make great work. This addon also got me thinking more about relationship with Systems Art and Open source, which is a topic I have been discussing with artists like Kyle McDonald and David Horvitz.