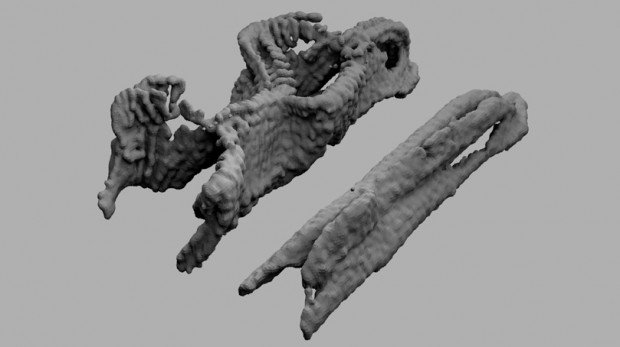 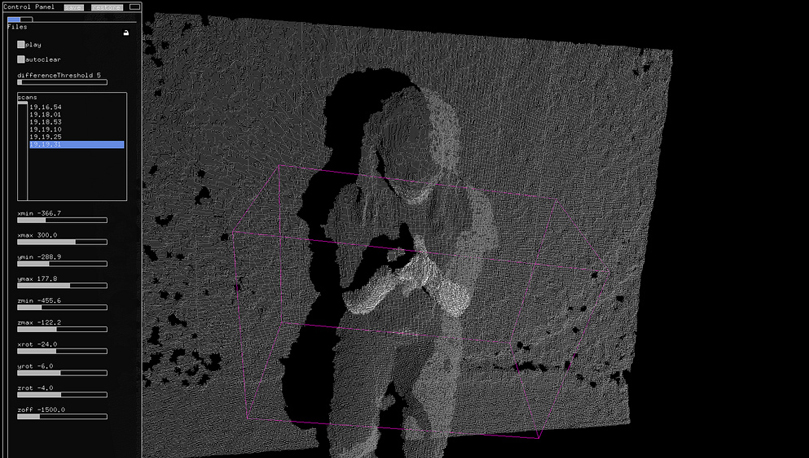 ” This piece explores synesthetic connections between language and shapes through generative sculptures based on gestures that represent the participants’interpretation of particular sounds. The gestures were captured using Microsoft’s Xbox Kinect, interpreted with openFrameworks and printed with rapid prototyping machine.” http://www.inmilee.net/untitled.html

This project captures a person in response to a set of foreign words that sounds slightly different. Their hand movement is meshed into 3 dimensional data which is later printed. The video is especially amusing because I understand the Korean words that the artist is asking participants to explore. It is an example of sound-verb that change meaning according to aggressiveness of pronunciation. 3D printed objects are exceptionally beautiful, appearing to be something between a mad Dentist’s nightmare and dinosaur bones. When one interacts with the piece by holding it, the relation between it’s production and presentation is conceptually and physically connected. However I have no idea why they titled the piece ‘mother’ at the end. (Created with openFrameworks) 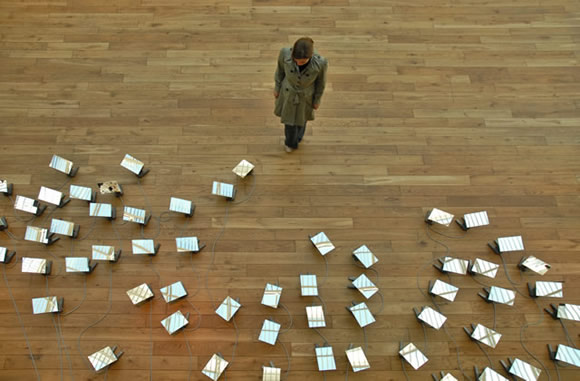 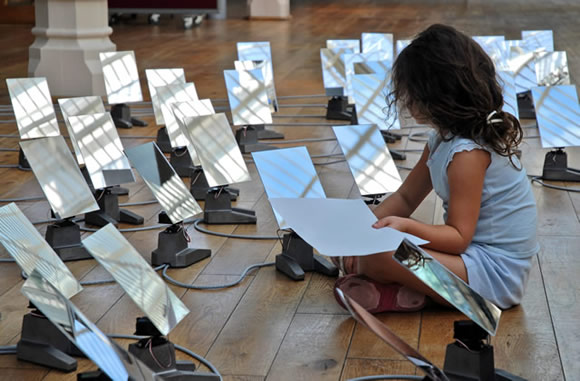 Each mirror object can be placed in any location and angle. A calibration set-up stage informs the software of these details. Each mirror is controlled by two servo motors giving it pan and tilt rotations. The mirrors rotate themselves in such a way that enables the viewer to approximately see their face in each mirror. The chat state is not random movement, but carefully scripted to give each mirror the appearance of different natural behaviors. An overhead camera provides a live image for analysis. An individual is then tracked using optical flow, to help stick with that person through a crowd. http://www.chrisoshea.org/audience

Thinking Mirrors are one of the all time favorite of the old New Media Art. Artists like Daniel Rozin have been working primary on creating reflection of the world via digital devices. This project is not a paradigm shifting concept, however I appreciate it’s sensibility and humor. When the mirrors go on to chat among themselves, it looks like surveillance cameras pointing at each other. What if all that mirrors can see is another mirror? What if there is no reality to reflect but only another reflections? This project questions such conditions of mediation while leaving plenty of rooms for interaction and playfulness. (Created with openFrameworks and OpenCV) 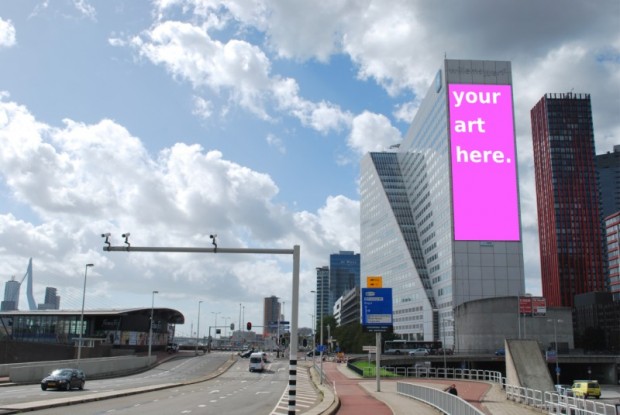 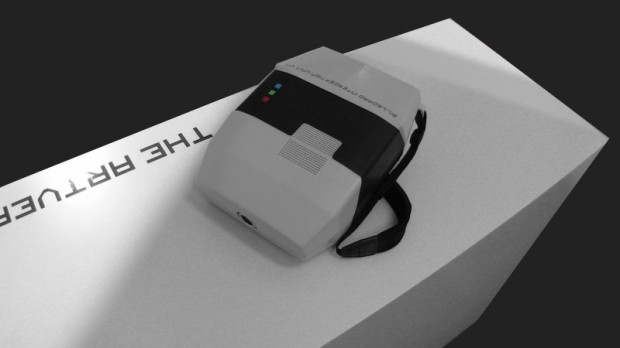 The Artvertiser is a software platform for replacing billboard advertisements with art in real-time. It works by teaching computers to ‘recognise’ individual advertisements so they can be easily replaced with alternative content, like images and video. Rather than refering to this as a form of Augmented Reality technology, we consider The Artvertiser an example of Improved Reality. http://theartvertiser.com/

If you ever imagined a world where media technology is not used to create more advertisement? and where ‘Creative Coders’ are not making immersive experience that celebrates artificial freedom while marketing a corporate brands? Julian Oliver’s project shows a hint of hope for the art, activism and creative technology. While the project page does not indicate specifically, I am certain the project was developed with openFrameworks because of the technical collaborators on team are some of core developers of oF. I’d like to study Oliver’s work closely to understand his definition of ‘critical engineering’ and if any, the difference between ideas of ‘Critical Art Ensemble’.