Checked this out because it seemed like an interesting idea for visualizing music… and because the tweet makes it seems simple and fun, which it is. Its physics is realistic, and it’s complete with an interactive ball.

Research into the Stylistic Variation in Twitter Emoticons. Could anything be more interesting. Enough Said.

"All 9,866,539 buildings in the Netherlands, shaded according to year of construction. " http://t.co/cflj2VGhPt

This caught my attention at first because it’s by Hilary Mason, who I admire and who usually tweets interesting things. Second, because I’m interested in mapping. The reason I chose to post this tweet here rather than another was because the link in the tweet was very interesting too—it’s aesthetically pretty, and as you look at it, you get more out of it. For example, it raises questions about how the city evolved and why.

My work day, summed up. pic.twitter.com/15gKB4aCTw 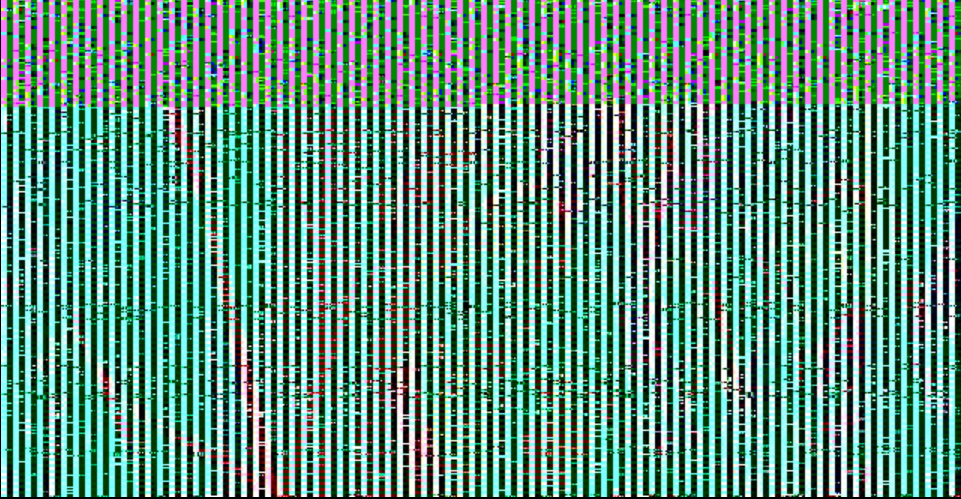 Vade’s day was either wildly successful or an utter failure. The image just complicates the issue.

September, 2nd 2013 I have a twitter account. Everybody who knows me will be surprised,  Joanna and social media…?

Killing my time with “research” – two hours reading messages some are interesting some redundant. Thank you for this wonderful tool for procrastination.

What shall I say, I was somehow pumped and I didn’t want to believe it. But it’s true and most of these military bases are in Germany.

An illustrator collaborates with her 4 year old. http://t.co/OQy18h2taJ (thx @bwycz

I found this really interesting because it showed how the innocent mind of a child can be so creative and so many hidden treasures can be discovered just by working with someone unexpected. We all need to learn how to bend the rules a little and sometimes happy accidental creations can be found.

I understand and support Barack Obama's position on #Syria.

I find this tweet to be indicative of a shift from reliance on journalism and broadcasts to a more personal communication from famous individuals. Politicians’ positions on important issues can now be referenced in a clear and concise manner.

Stockholm is really beautiful in September. Obama is visiting this week while I’m here; it is sure to be a surveillance festival!

Why the surveillance post? Why not the biohacking? One, the surveillance post was cleverly phrased, with the play of words on festival, two, the post made sense as a stand-alone sentence, and three, I recently had a discussion with a friend over a news article we’d both read which mentioned that Great Britain has the most security cameras per capita than any other country in the world. Additionally, it was one of the most common debate topics in my highschool. This same quotation was always brought up:

He who sacrifices freedom for security deserves neither.

It merits thinking through every time.

This tweet was interesting to me because I found the title, “RPG OKC: A love story set in the world of 8-bit fantasy games” very interesting. I had to laugh since it reminded me of all the other 8-bit fantasy games I used to play as a child. When I looked into it, I found that I was very interested in the video as well as the artist who made it. the video was both, hilarious, clever, and heartbreaking; I found myself on the edge of my seat the whole time.

I saw this on my feed and was struck by what a beautiful quote it was. The arts are often dismissed by academics and scientists as unhelpful or unnecessary, but they have a huge cultural impact.