The structures which extend off of the face of the globe represent the number of rooms each hotel has. In doing so I am trying to visualize the portions of the earth with the greatest capacity to hold people. Places like Europe, or the East and West coasts of the United States appear mountainous instead of flat owing to their high density and size of hotels, while places like Africa simply disappear from view.

Better Video To Come when I’ve gotten a better capture 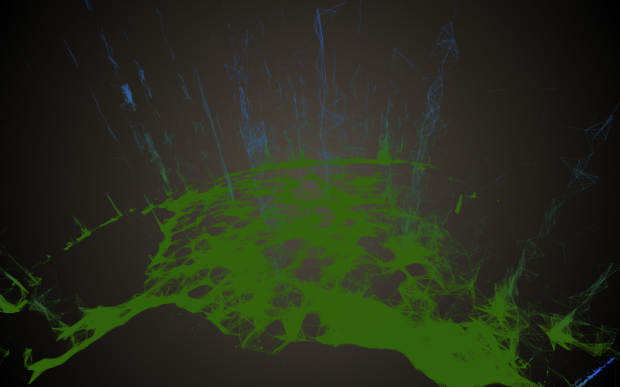 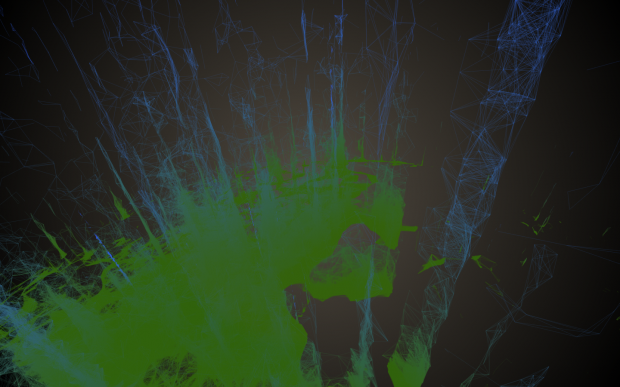 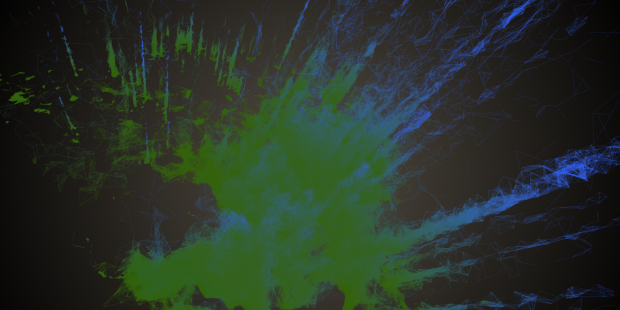 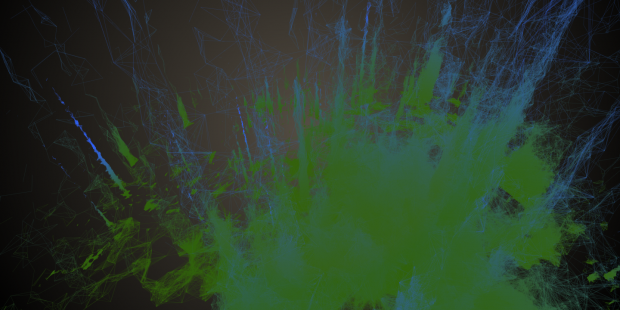