For this project, I learned a lot about data collection.  I wasted a lot of time meticulously collecting data from my personal life which ended up not being super-interesting for a visualization, mostly because I didn’t plan ahead enough regarding my data logging routine.  I changed my mind at the last minute and decided to get a series of IR images of myself getting colder over time, because most people who know me well would say that I am unusually cold-natured so that seemed like an interesting trait to explore.  I wanted to do full-body images but couldn’t because the resolution of the camera was too low for them to be interesting.  I then changed to just my hand, which brought a new set of problems because data collection was kind of painful (and eventually my hand started… vibrating?) and I kept moving.  If I had to do this differently, I would have stuck with my original general idea but collected the data better.  If I had more time with this data, I would have made the graph interactive so you could select a point on the image of the hand to show the plot for that point.

Here’s a couple of images from some preliminary tests with the IR camera: 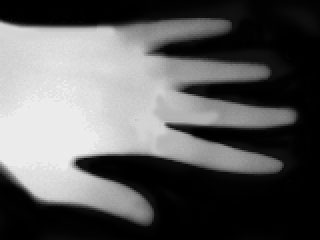 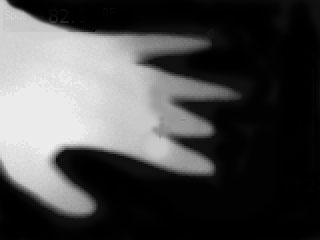 I like the appearance of these images better than the ones I ended up using, but I had to stop before getting as pretty/dramatic results as I would have liked as the camera kept crashing and I was somewhat concerned about injuring myself.

From the video, you can tell that I learned A) my hands do get cold very fast (each frame is only about 2 seconds apart) and B) my fingers get cold much before my palm.  I guess the only surprising thing was really that my palm stayed literally exactly the same temperature in most places over time.  Yay, blood vessels!  There weren’t really any significant outliers, but there was a certain amount of noise, so I’m unsure if the oscillation I saw in the temperature at most points was a real phenomenon like my heartbeat, or just noise.

Aaaand free screengrab programs for windows seem to be very questionable so here is a higher-resolution screenshot. 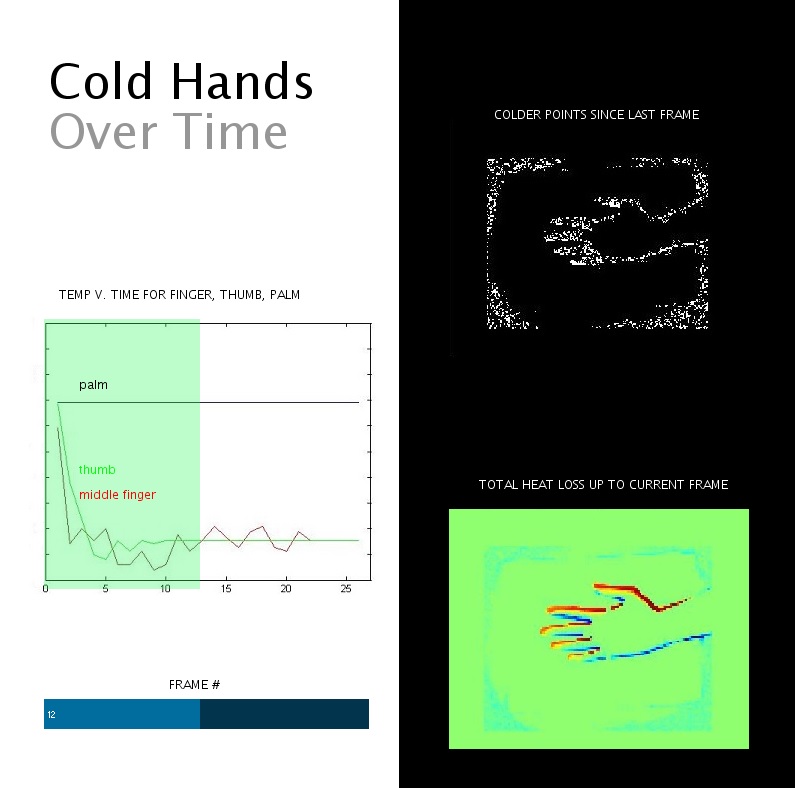