1. A study in making flexible materials. This means creating some sort of fold-able pattern that can be iterated though out the dress.

2. Trying to fit an algorithmic shape to bend with the body.

For my final project of a transforming dress, its not really important for the dress to by physically fold-able. However these flexible algorithms may be important because they are modular. This means that I can manipulate each individual shape on the dress. For example a parameter for the triangular dress, would be for the triangles to pop out and flatten.

The second theme of the dresses is much more important. I think for my project I have to figure out the curves that fit on a body and develop my procedural meshes using those curves so that they may be able to actually fit on the clothes.

A lot of these dresses are put onto hot fashion models. To be unique and also because I’m personally not super attached to fashion. I’m considering making outfits for an old king or young girl. 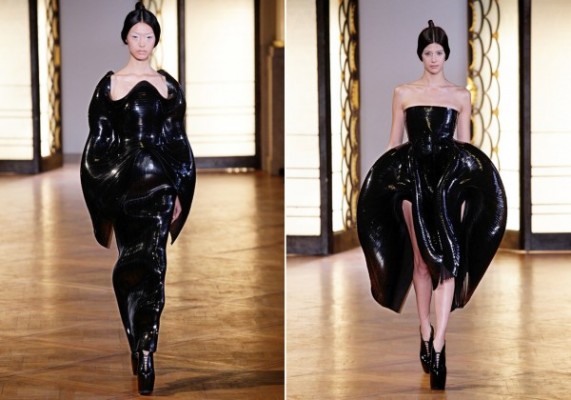 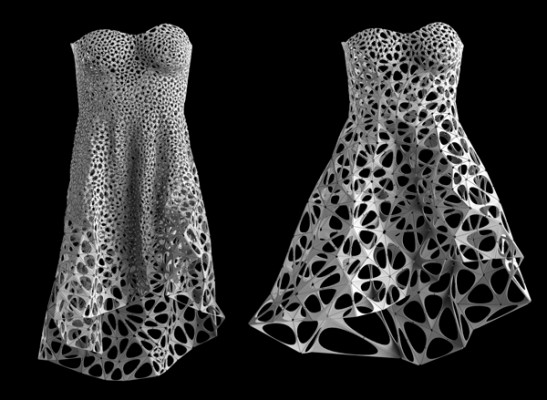 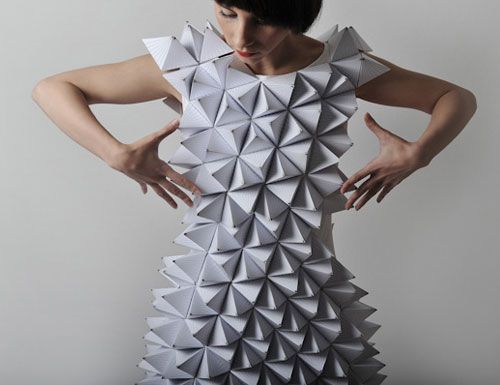 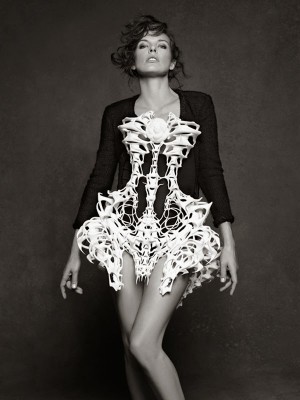 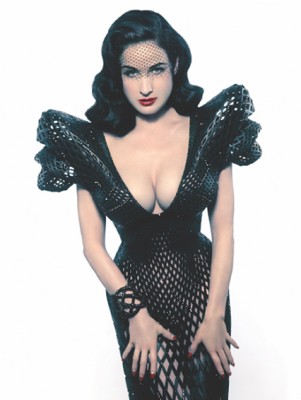 This looking outwards will be dedicated to real time interactivity and gesture.

This project consists of a series of ball carrying tubes, whose pressure gradients can be controlled via a hand sensing sensor. The tubes try to emulate particle acceleration in a fun, exciting manner. I like the simple interface and the attempt to make an abstract scientific concept concrete enough for consumption by the general public. I think that the balls moving is pretty cool, but why are there so many distracting parts? Is is necessary for the fans, gears, and other parts to be displayed to the user. If the goal is to make particle acceleration interesting, then the project should not need to rely on decorative fun objects, but should make the focus be entirely on the travelling balls. I think that this project has been inspired by the open source movement and the open hardware movement in addition to the current branch of scientific study involving physicists using particle accelerators.

This project adds contact sensors and accelerators to juggling balls, so that the motions of juggling can be translated into sounds. I like how the authors created custom built juggling balls that do cool things. I like how they were able to cram some interesting oscilators into the small space of a juggling ball. For all of the fancy technical engineering and juggling talent, the documentation video does not really have any performances or music that really speaks to me. It seems that they did some technological wonders, but they should have gone a few steps further and composed a song that excites the soul and has some sort of interconnect with precise motions of the jugglers. The jugglers should be required to change their actions at specific moments in time in order to “play” the piece. Perhaps they do eventually do make artistic performances, but going only by the documentation video, they stopped at making an interesting technological project.

As for the chain of influcences. I always think of Michael Moschen when I think of artistic juggling. He is able to create art just from the movement of his objects. He is able to make movement so compelling that it does not need any cooresponding sound. It would be neet if these guys could make the movement as interesting as Michael and it would also be interesting if a juggler of Michael’s caliber were able to use this project to create a collaboration between the contacts and sound that is more captivating than either could be alone.

Explained: A system of 3D printing articulated models in folded arrangements for space-saving and textile properties.

Chosen: Nervous System does some pretty cool stuff, and I really like how these things fold up to fit within the confines of the printer bed, not to mention the beauty of the actual products. Explained: 3D printed disasters sold to the public. As they say, “If you do not have access to a desktop 3D printer, or have a loved one who is considering buying one, we can save you some time, money and frustration by shipping you one of our 3D print failures”.

Chosen: 3D printers are awful. I think it’s awesome how they’re making actual money from pieces that usually get thrown in the garbage.

Critiqued: They’re making actual money from pieces that usually get thrown in the garbage.