CheeseHoods: a block of Swiss cheese as dense as your neighborhood. By @dantasse.

CheeseHoods are blocks that look like Pittsburgh neighborhoods. They have holes in them like Swiss cheese. The denser the neighborhood is, in terms of dwellings per acre, the fewer holes it has.

Why neighborhood blocks? I thought it’d be fun to have a jigsaw puzzle of Pittsburgh, really. Plus, just as playing with world maps helps kids learn country names, playing with your city might help you learn more about it.

Why the holes? Density is important. Jane Jacobs wrote about it as one of the four most important characteristics in creating vibrant neighborhoods. Dwelling density, in particular, is quite important; human density can just indicate overcrowding, but dwelling density indicates vitality. I was interested to explore what density looks and feels like in 3D. Putting holes through a neighborhood seemed like an easy way to do so. Plus, it gives the least dense neighborhoods a rather icky pock-marked feel, while thriving denser ones are pleasantly solid, so this gives a really visceral feel to “density is good”. 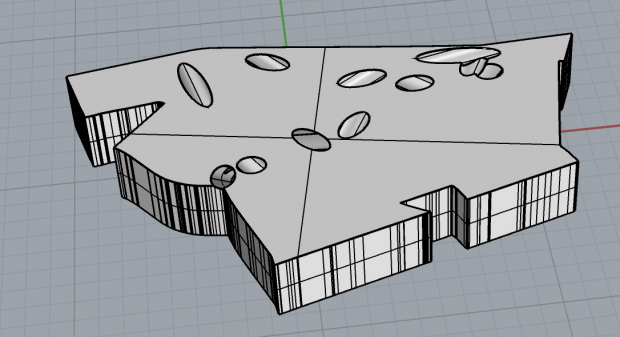 Below, all of Pittsburgh.

Central Oakland is a shining example of density, but you can see right through Greenfield (below). 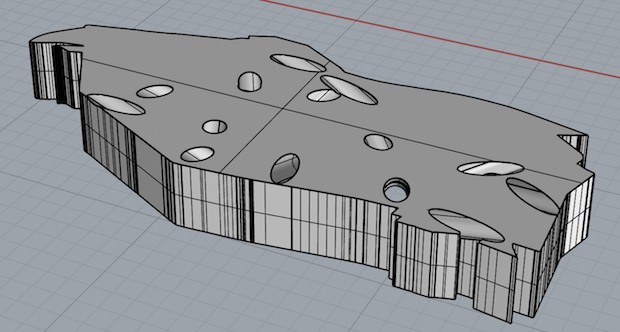 Code’s on github. Not embedding it here because there’s a lot. I used some tools from another repo (get_dwelling_densities.py) plus some census data to calculate dwelling density for each neighborhood, then computed a json file of all the borders of each neighborhood and random hole locations (nghd_to_shape.py), then finally slurped those into a last script that created objects in Rhino (rhino_script.py).

Bloomfield by dantasse on Sketchfab

Pittsburgh by dantasse on Sketchfab 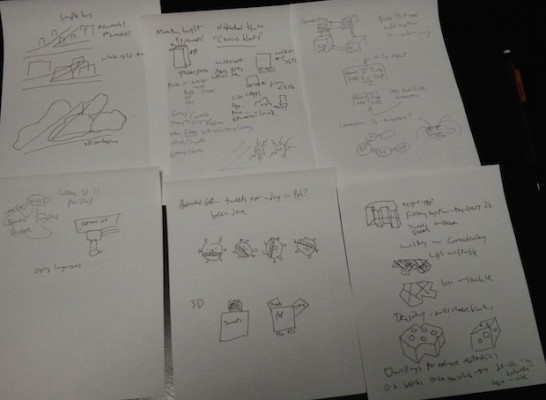