An older project that I found really surprising is Michael Kneupfel’s ITP thesis Extended Objects. He adds to the existing functionality of a screen with other objects “by using conductive materials to construct a series of physical, mechanical, and electrical devices that touch, interact and communicate directly through the touchscreen interface.” One reason I was interested in this project is because I always think of screens on ipads/laptops/phones as inaccessible and with functionality that is sort of/literally hidden in a blackbox; this project directly works with the screen and allows you to control your interaction with it. In some cases the experiments make that interaction more tactile, or the screen is used as a sensor or to control another object (like the toy robot below). 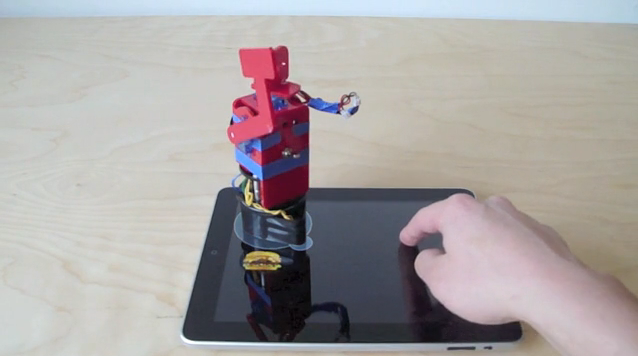 FRAMED* provides a platform for digital art which involves both the physical “screens” for displaying art and the website for posting and sharing digital artworks. I think FRAMED* is an interesting, exciting new place to go with digital/interactive art. I used to do a lot of digital painting and always felt that there was a lack of options to physically display these artworks in a way that preserved their quality on screen. I was more than a little excited by the sleek look and the added sensors to the screen. I think these could be really useful for making new media art more accessible to the public (once it gets cheaper…). Its interesting that it is put in an old school kind of format (framed on the wall) in order to be accessible and also not look chunky, and yet they do hide in this simple look a lot of extra functionality with sensors. 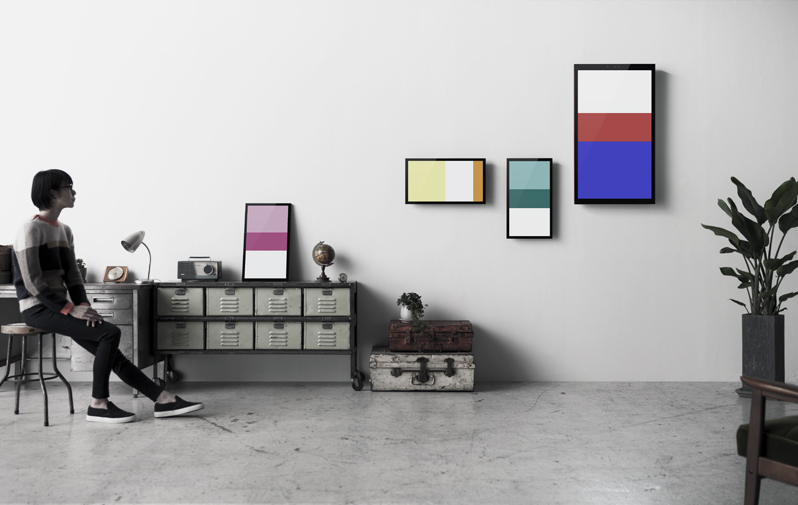