For my project, I combined ofxFlowTools with ofxVboParticles. I thought these addons might look cool together since both fluids and particles have the potential to flow around in interesting ways. Originally, I wanted to combine ofxFlowTools with ofxFX, because in ofxFX there’s a ripple effect, and I wanted to get the flow to ripple at the same time. However, I wasn’t able to figure out how to do this, so I settled for combining these two. I wanted to make it so that the particles would follow the mouse when they are generated like the flow does, but the code was pretty poorly documented and doing strange things, so I wasn’t able to make the particles follow the flow. In the end I was forced to pretty much combine two pieces of example code from each project since the projects weren’t doing what I wanted/expected them to, so this is more of a Hello World than anything else. 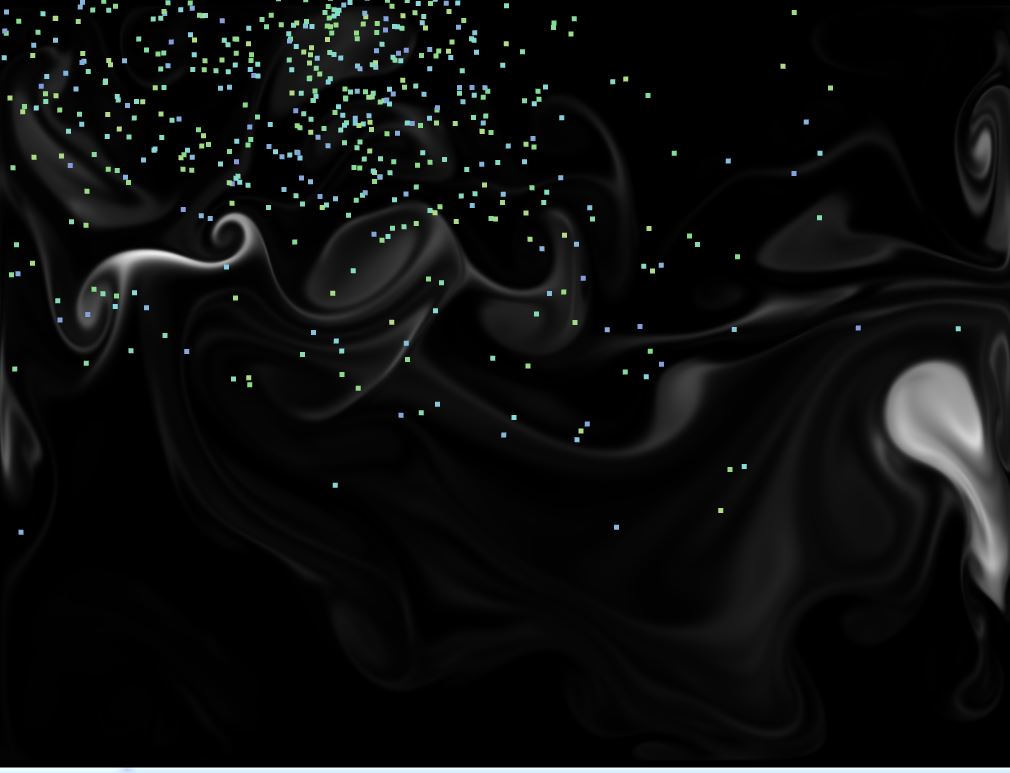 I wanted the particles to follow the fluid to make a sort of sparkly fluid as in this sketch, but it didn’t work because the code was weird. 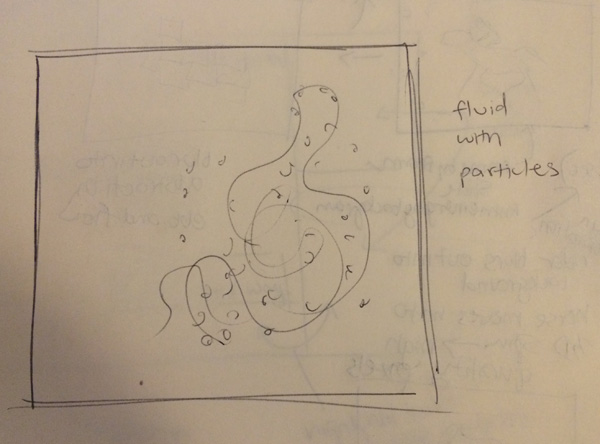