if theres one thing i hate about my art its how my sketches look digitally and not colored lol pic.twitter.com/472HuN1bwD

I made a twitter bot called @My art is about that tweets images of contemporary artworks retrieved from the Metropolitan Museum of Art Archive. The artworks are specifically filtered to be modern and contemporary art produced from A.D. 1900 to present.

Unlike other museum bots or image archive bots, the special quality about my bot is that it posts tweets from users all around the world with professional artworks set in formal space. I was interested in the power of words and how it interacts with interpretation of art. The tweets produced from my bot talks about art in everyday, friendly language. 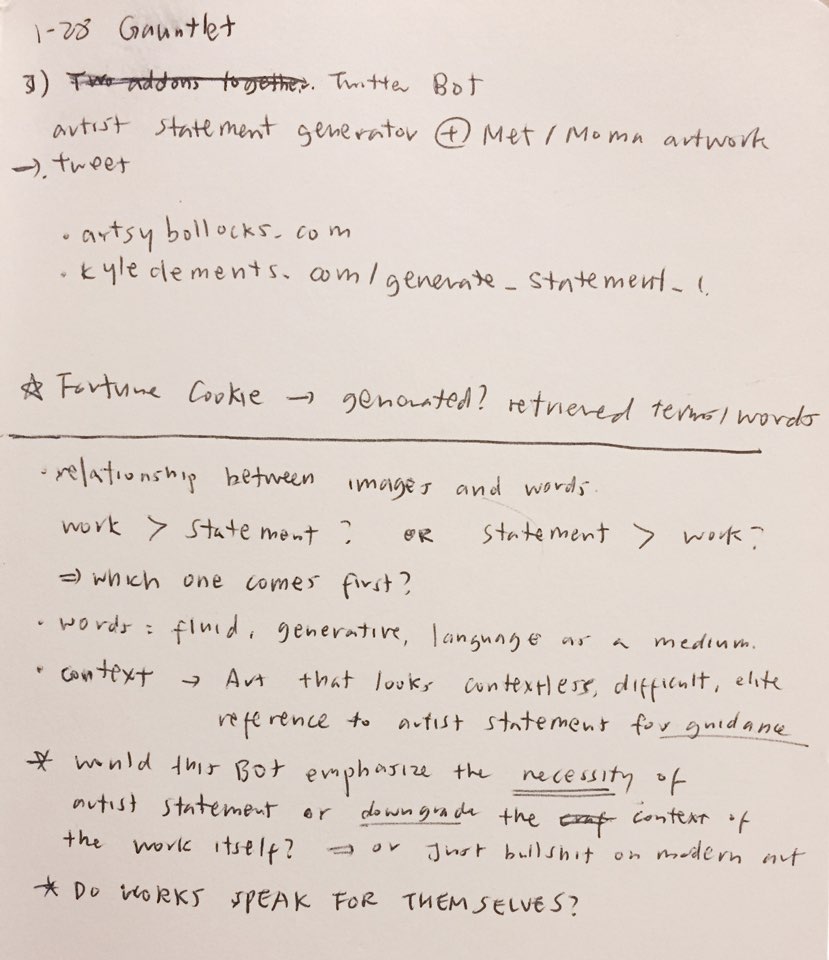 I originally developed my idea from artist statement generators  and even considered making my own for the bot. However I confronted many challenges during the attempt and decided to simply use the GET call to search for twitter statuses that contain the phrase “my art”. Despite my frustration and disappointment, I was actually stunned to read through twitter users’ contemplation on art and how some extremely personal, some insightful, and even some lame tweets about “my art” align with the reserved artworks from the Met.

There are many remaining errors in this bot, such as including linked images from the retrieved tweet to the post or posting duplicate images from the archive. I’m still quite irritated by the issues on the craft and code in general. However it was very enjoyable to see the hilarious outcomes the bot would make from its mistakes. Just as mentioned in the guest lectures, I was able to discover the weird quality that the bot creates from its poorness.