I used an image database for drawings of god done by children.
The drawings were collected in 6 different countries including Iran, Japan, USA, Romania, Russia, and Switzerland. I was able to collect metadata of the child’s gender, age, region within the country, year it was created, and the description of the drawing. I scraped them and first created a tsne grid of over 6000 drawing of god. 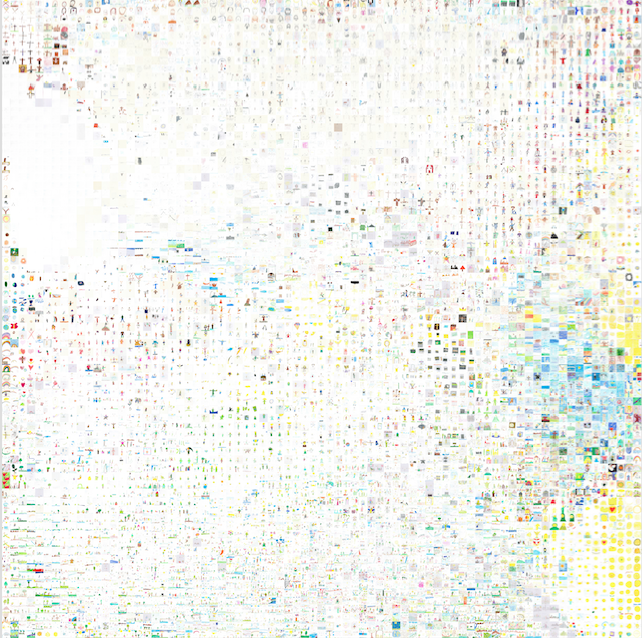 As I took a closer look at them I was able to get an overview of the religious symbols across different countries that I was previously unaware of and became interested in how the drawings differ depending on the country. I created a tsne grid per country. 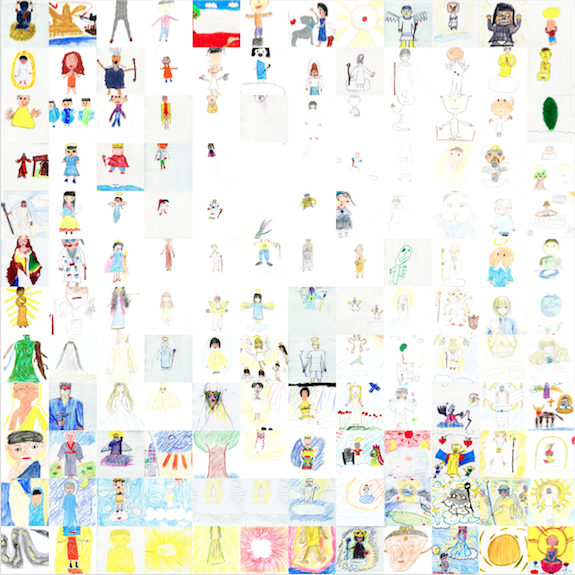 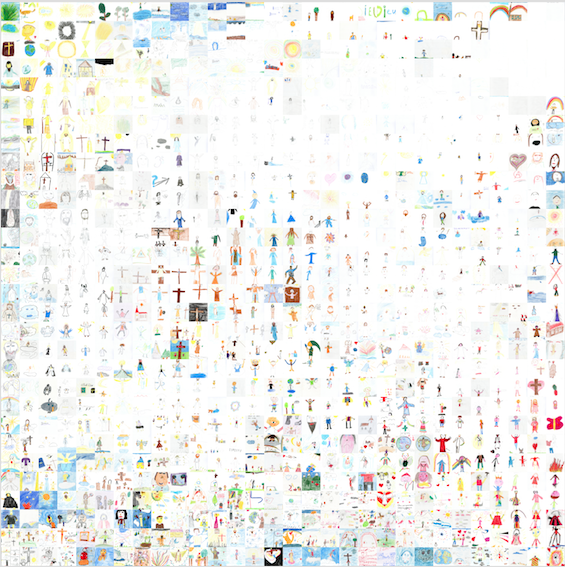 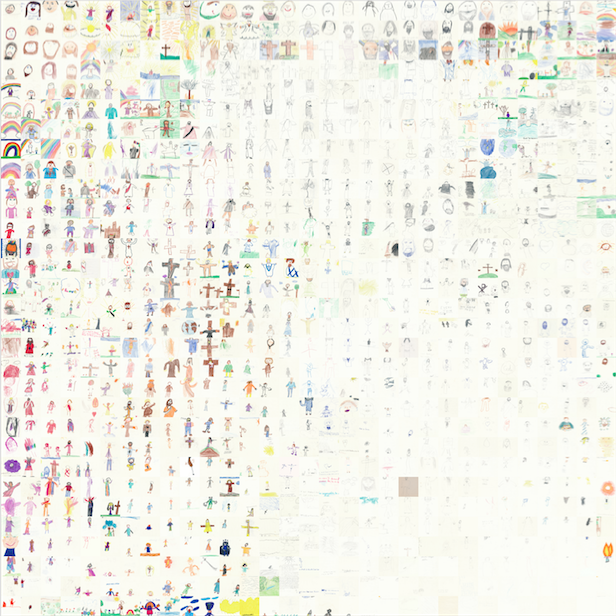 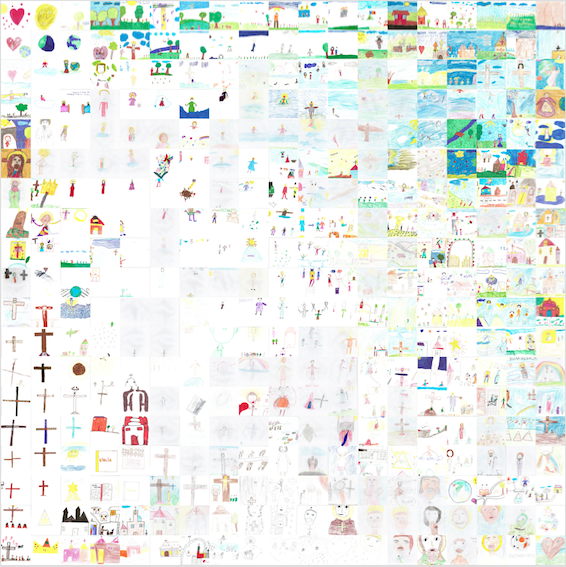 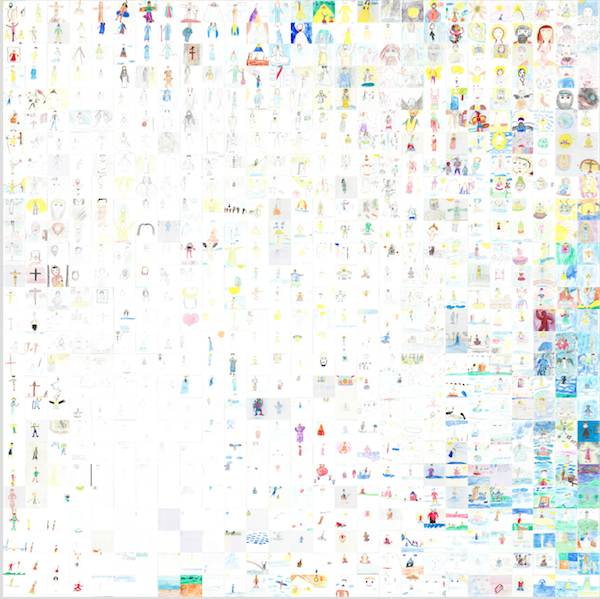 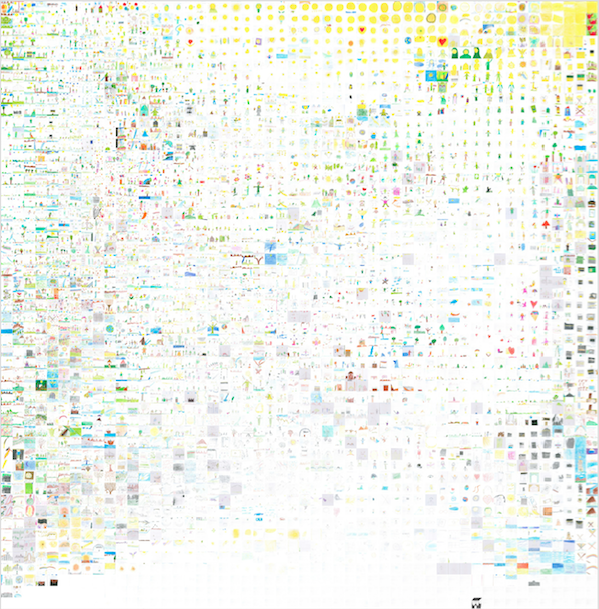 Then I decided to focus on what was similar regardless of where the child was from. I found how children across various countries portrayed god in similar ways, making it difficult for the viewer to recognize where the child was from. I used tsne to locate images according to their similarities and calculated the distance between the images to determine a pair of most similar images in the database. I ran the program couple of times with different perplexity and got several pairs of similar drawings. There were duplicate images on the database so in the beginning the program actually gave me a pair of identical drawings instead of similar ones. I had to eliminate those through the process until I got an actual pair of similar drawings and it took a tremendous amount of time to run the program so I wasn’t able to get as many pairs as I desired. 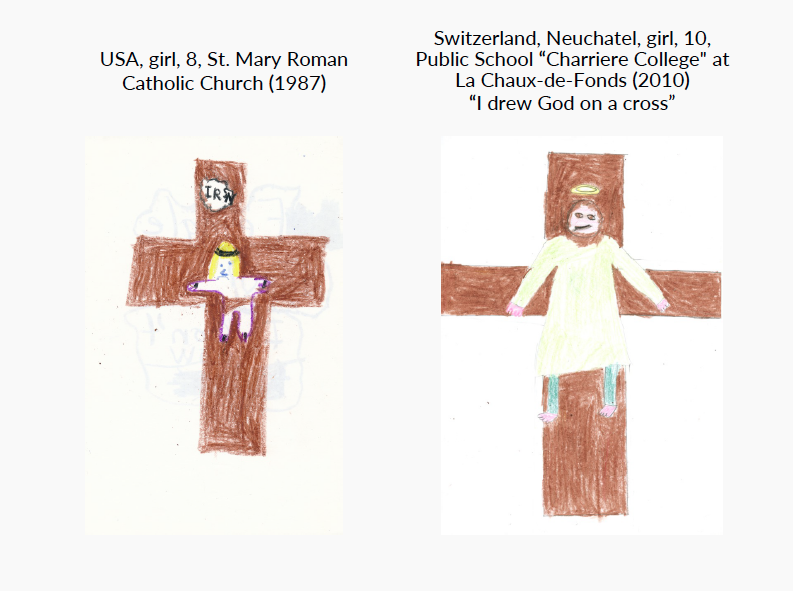 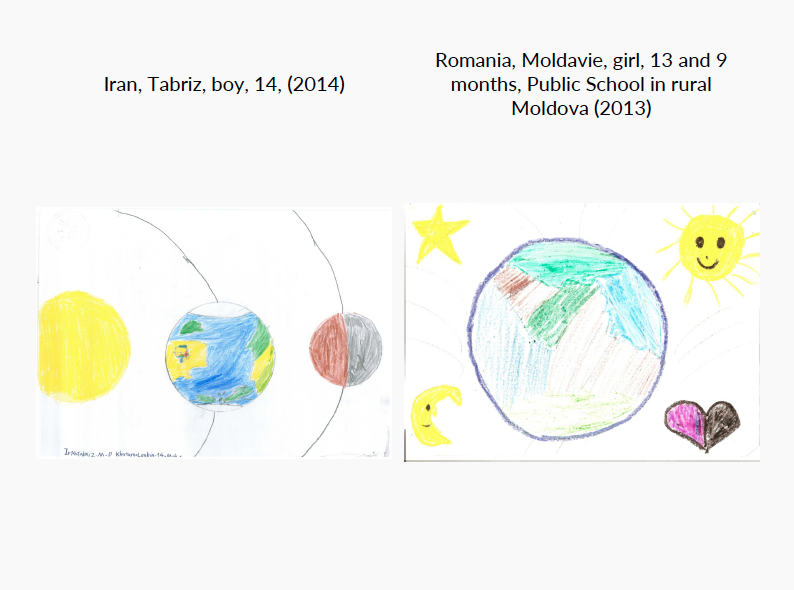 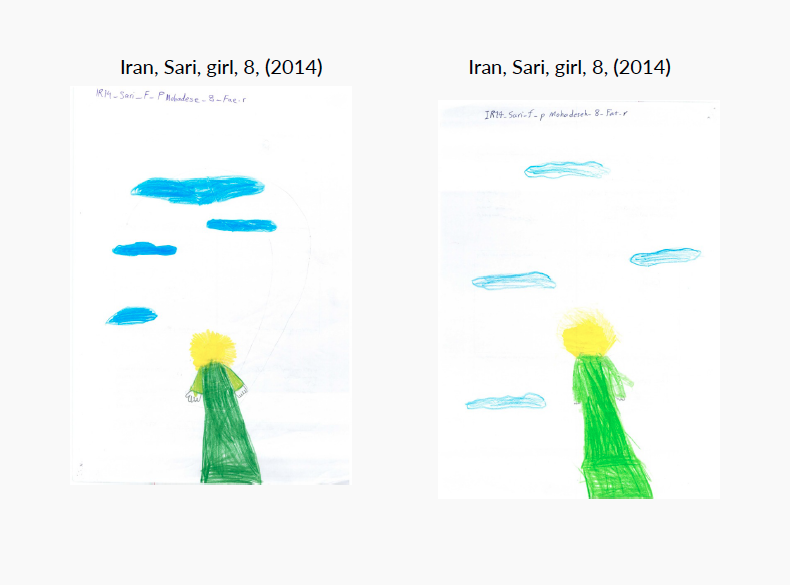 <video will be here>