I created a Mega Kanji generator that combines similar meaning kanjis together to form a new kanji, which I have named as “Mega Kanji.” I wanted to do this because coming from a Chinese heritage I had to learn to write Chinese characters (which are kanjis in Japanese) diligently–each stroke in a character must be in order and in the right place, such that the form of the character emerges correctly. Coming across the KanjiVG database inspired me to investigate the possibilities of creating new kanjis. I was also inspired by the NeoKanji twitter bot made by @hardmaru.

My program combines kanjis that mean “angry” to form a new kanji. Below are the results.

Below are the kanjis that mean angry.

As you can see a lot of the mega-kanjis are visibly made up of real kanjis that mean angry and I feel pretty satisfied with the result. I learned a lot about machine learning from this project as I have never been exposed to it before and learning from @hardmaru’s code helped a lot in that aspect. I adjusted several parameters and changed his code in order to suit my purpose, and also retrained my model such that it is biased heavily on kanjis that mean angry, such that the results are composed of these specified ones.

Below is my TSNE visualization. These are pictures from my previous project, the Color of Tragedies, where I scraped pictures of tragedies from Instagram. Particularly the one below is a small version of the TianJin Factory Explosions TSNE, made of 400 photos. 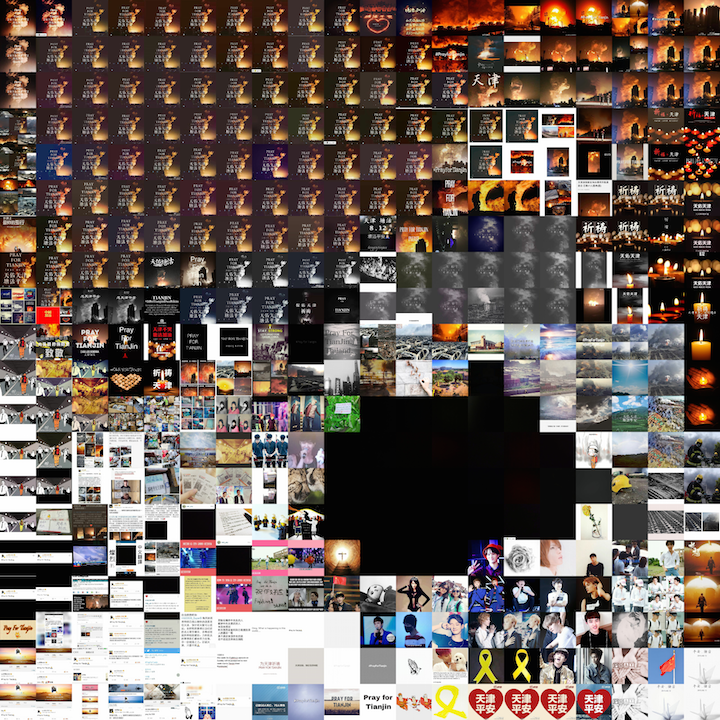