Slikies are an example of something I enjoy that demonstrate effective complexity. This is because while they are made of highly structured molecules, the precise motion of a slinky is very hard to predict. While slinky motion can be explained by laws of physics, and when coiled up they all behave relatively similarly, the way that each slinky interacts with time and space when wiggled around is unique. However, the same could be said about gasses, which Galanter referred to as effectively simple because “a cubic foot of air in one place seems no different that a cubic foot of air in another”. The difference, though is that in gas, the randomness and unpredictability is too small to notice, whereas a slinky’s randomness is evident at human scale. Therefore, slinkies would are farther to the order/compressibility side of the spectrum due to the molecular structure of the metal they’re made of, but they are still effectively complex due to the randomness of their motion. 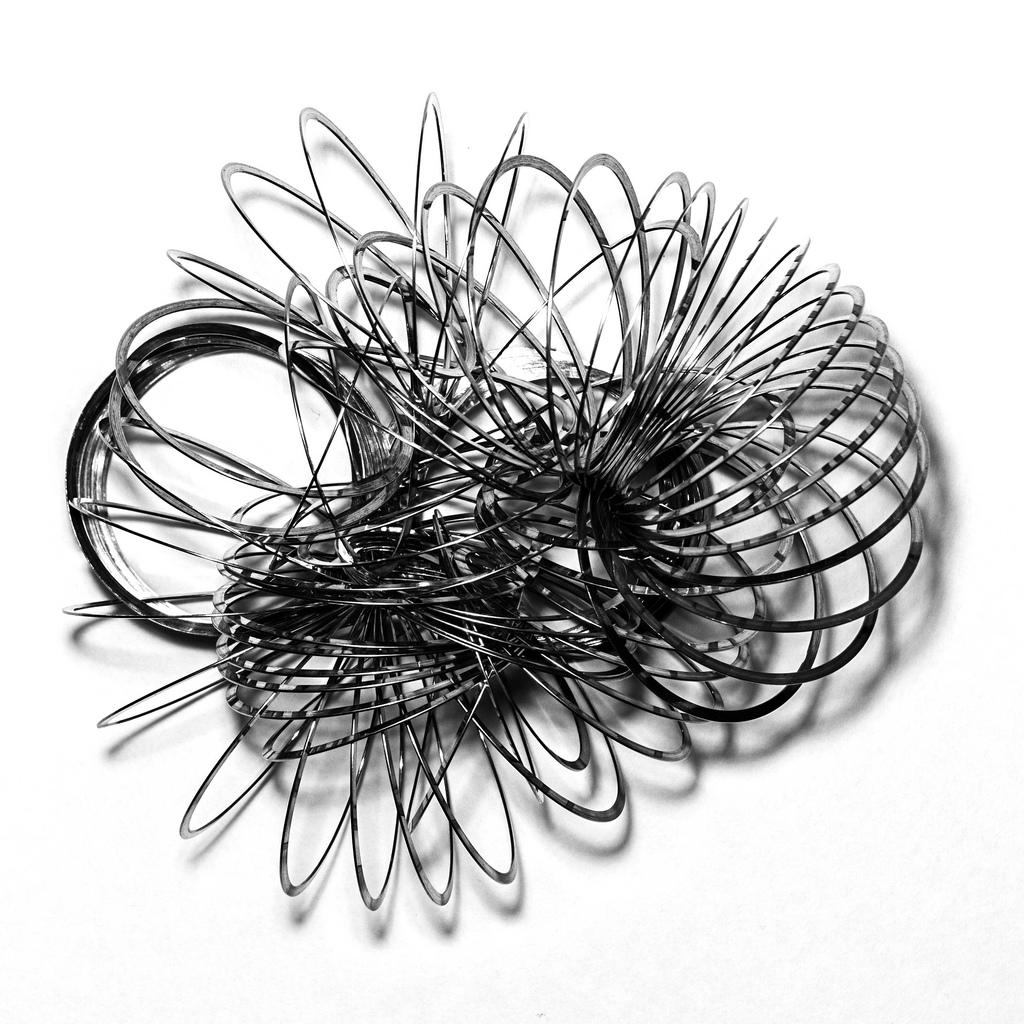 The problem with dynamics has troubled me in the past, but not only in the context of generative art. Since the true power of generative art is the hypothetically infinite results of each system, does it need to be generated on the spot for the viewer to properly interact with it? After all, if it is instead recorded with some other medium, the system that created it, which some would call the real art in the situation, is no longer needed. However, comedy improv, for example, has a similar problem since the magic also stems from potentially infinite outcomes, but one can still enjoy watching Whose Line is it Anyway. That being said, many would argue that seeing comedy improv live is objectively more fun. But this is because the user interface of watching TV is different live; therefore, I believe the problem with dynamics is not a problem for generative art in which the user interface of the static result remains the same.