Below is a gif of the finished piece:

Here are some sketches for this loop! 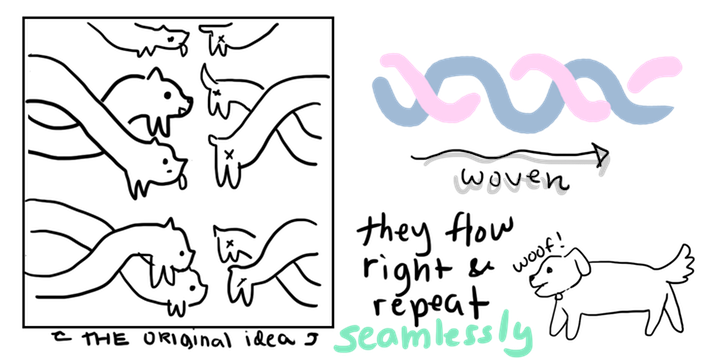 I originally had imagined that it was a loop of very, very long weaving dogs chasing their own tail, but ended up changing plans. I think the current final result has nice simple forms that compliment their motions; however, in the future, I might end up adding dog heads/tails to them to see what the result looks like because that might make the loop more fun.

Here are some other sketches that I made originally! I actually did halfway implement both the cat sketch in the middle and the orchid sketch on the right, but wasn’t satisfied with either of them and had to move on.

First, I worked on the weaving motion of the lines. It actually was harder than I imagined it would be because the lines would almost melt into each other where they intersected, so I had to draw the pieces of the “lines” (which are made up of ellipses) separately.

I ended up making the process unnecessarily difficult for myself by not making enough variables and helper functions, so my code was really difficult to debug, but at least I’ve learned my lesson- next time I will write cleaner code for the sake of sanity, and my time. Thank you to Golan for helping me debug my code! Adding the easing function that Golan really changed the whole feeling of the piece, and I’m really amazed by how useful Pattern Master is! I used the Double Quadratic Bezier function because I thought it had the right kind of up and down movement that would make the movement of the lines interesting to look at.

Below, to the left, is an early process image of when I was using the lower rectangle to test if I could correctly find where the intersections where. Next to it is after I got the weaving to work, but without the easing function and the gradient. 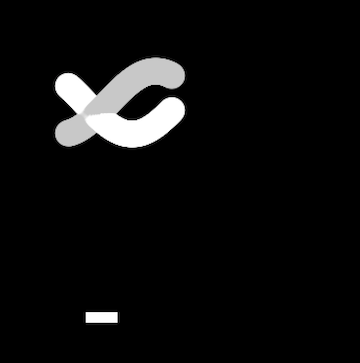 The Processing code is below. For clarity, this is the non-template version, but I later made a few small edits to fit into Golan’s template.