I went to the library to try to fulfill the analog media part of the Looking Outwards reports this time, and when I searched interactive art, I found a book in the catalog called “Interact or Die”. 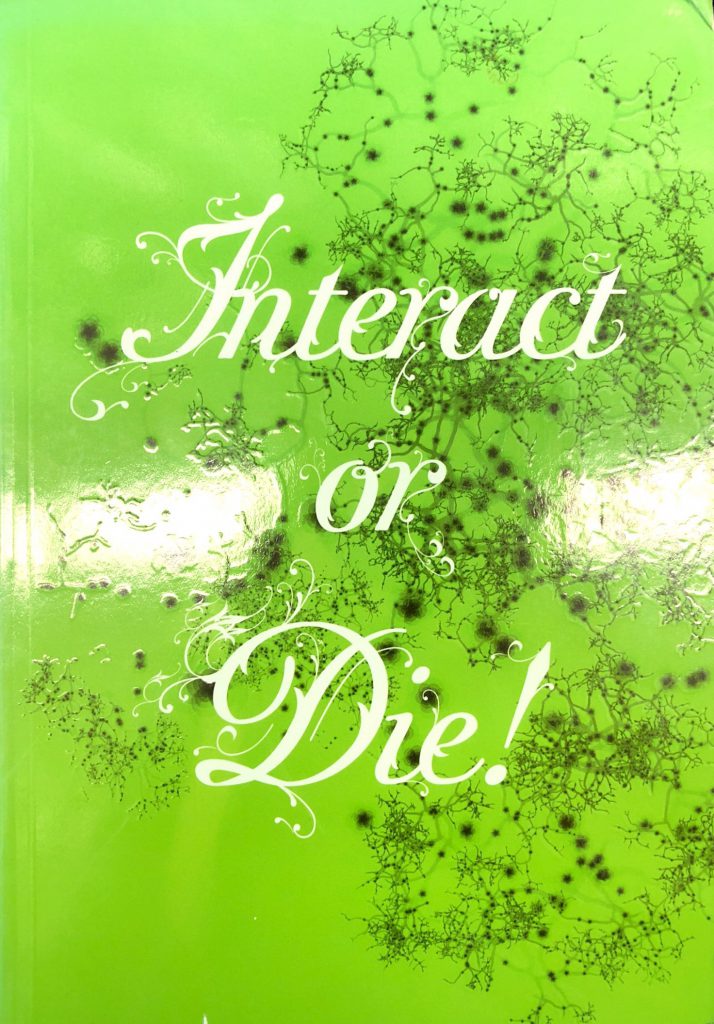 I thought the most interesting artwork from the book was an interactive art piece called “knife.hand.chop.bot”, made by the collective 5VOLTCORE.  5VOLTCORE is an Austrian artist collective formed by Christian Gützer and Emanuel Andel, who “that deal with the behavior of closed and formal systems and their manipulation.”

This piece is a simulation of that horrible knife courage game, “Mumbledy Peg.” I personally think it’s an awful game, but at least the way this art piece works is intriguing:

“The table measures the moisture on your hands. When you start to sweat, contacts are activated and the machine starts to act strangely and is disrupted. This is direct interaction — based not on conscious choices by the user but on physiological data over which he or she has much less (or no) control ” – http://v2.nl/archive/works/knife-hand-chop-bot 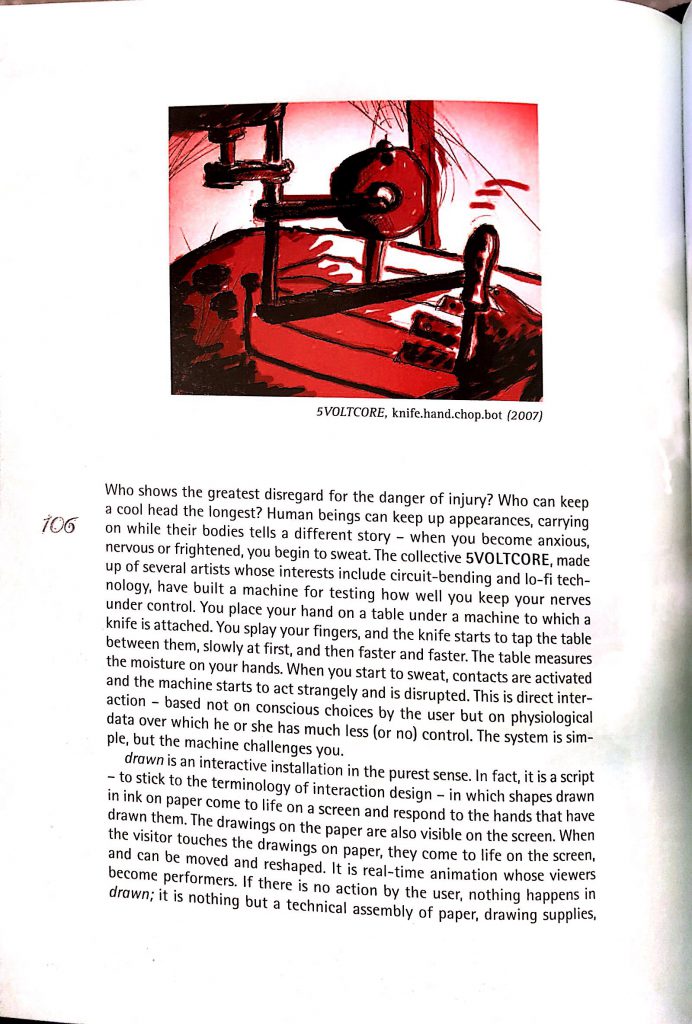 Here’s a video I found online of this piece when I Googled it afterward:

I think it’s a really morbid concept, and the idea of participating in it terrifies me; however, I like the idea that a person can lie about not being scared, but their body betrays them and starts sweating. The work exposes the dichotomy between the mind and the body, and it plays off of it by acting erratically when it detects sweat. I also think it’s really amazing how they were able to put together a robot so effectively to convey their concept. Their creation does exactly what it claims to do and no more.

It was exhibited at the 2007 “Interact or Die!” Dutch Electronic Art Festival.