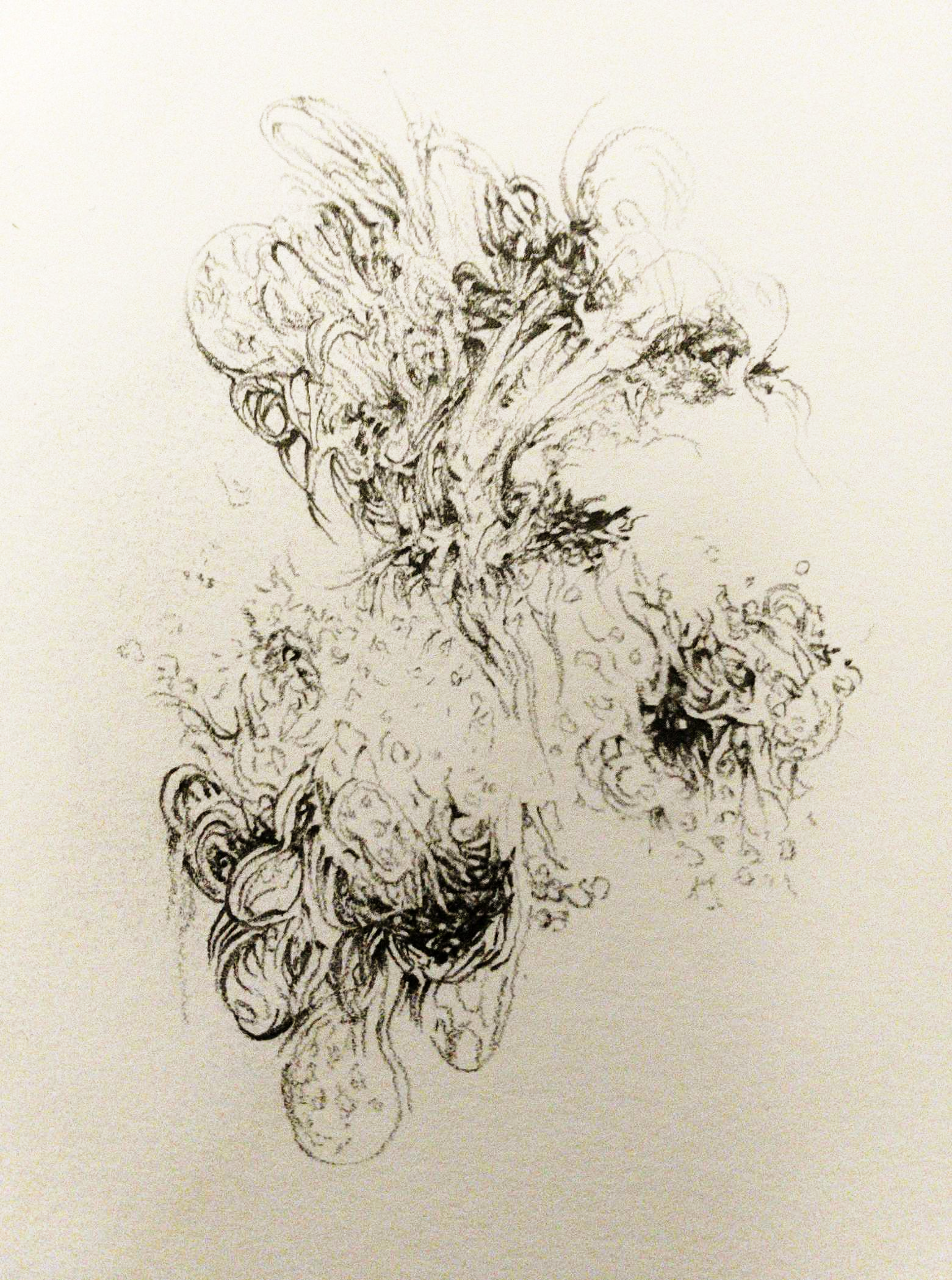 The nature of three observers and time: You may be three separate characters, three separate people, three separate worlds, but you are connected, you influence each other, you observe each other.  You are intertwined in history.  You make change that becomes all of your reality.  You move forward the time that you all observe.

The Social Clock of Interaction and History

Setup: Put a large, white piece of paper on the floor.

Say the following to the people:

Allow start: all n people to move their characters for M minutes.

At the conclusion, allow them to lift their characters/utensils and step off of the paper.

I am extremely grateful to the three people, Maia, Michael, and Connie, who helped me with the execution of this algorithm.  Here are several images of them drawing and the final work: 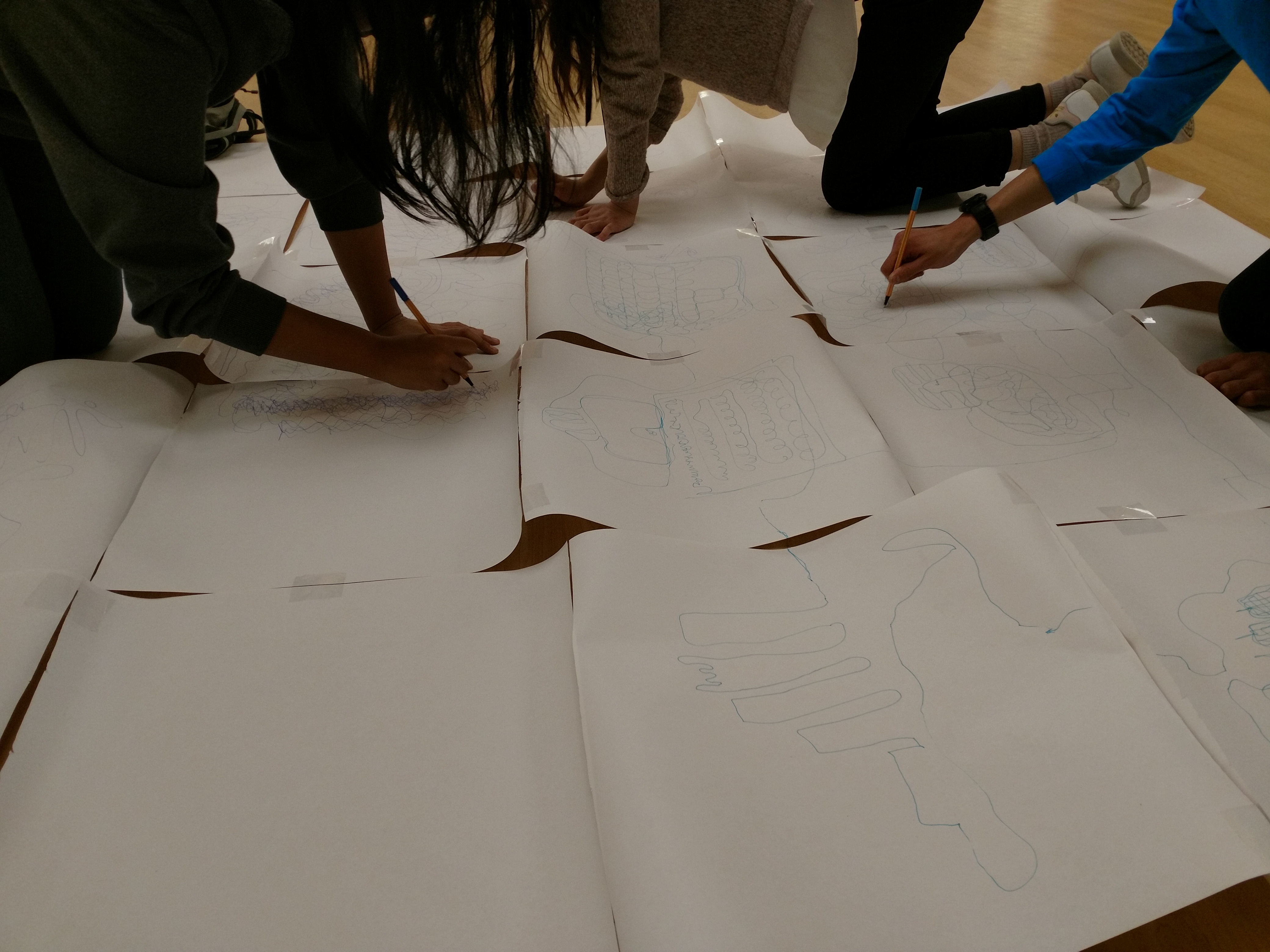 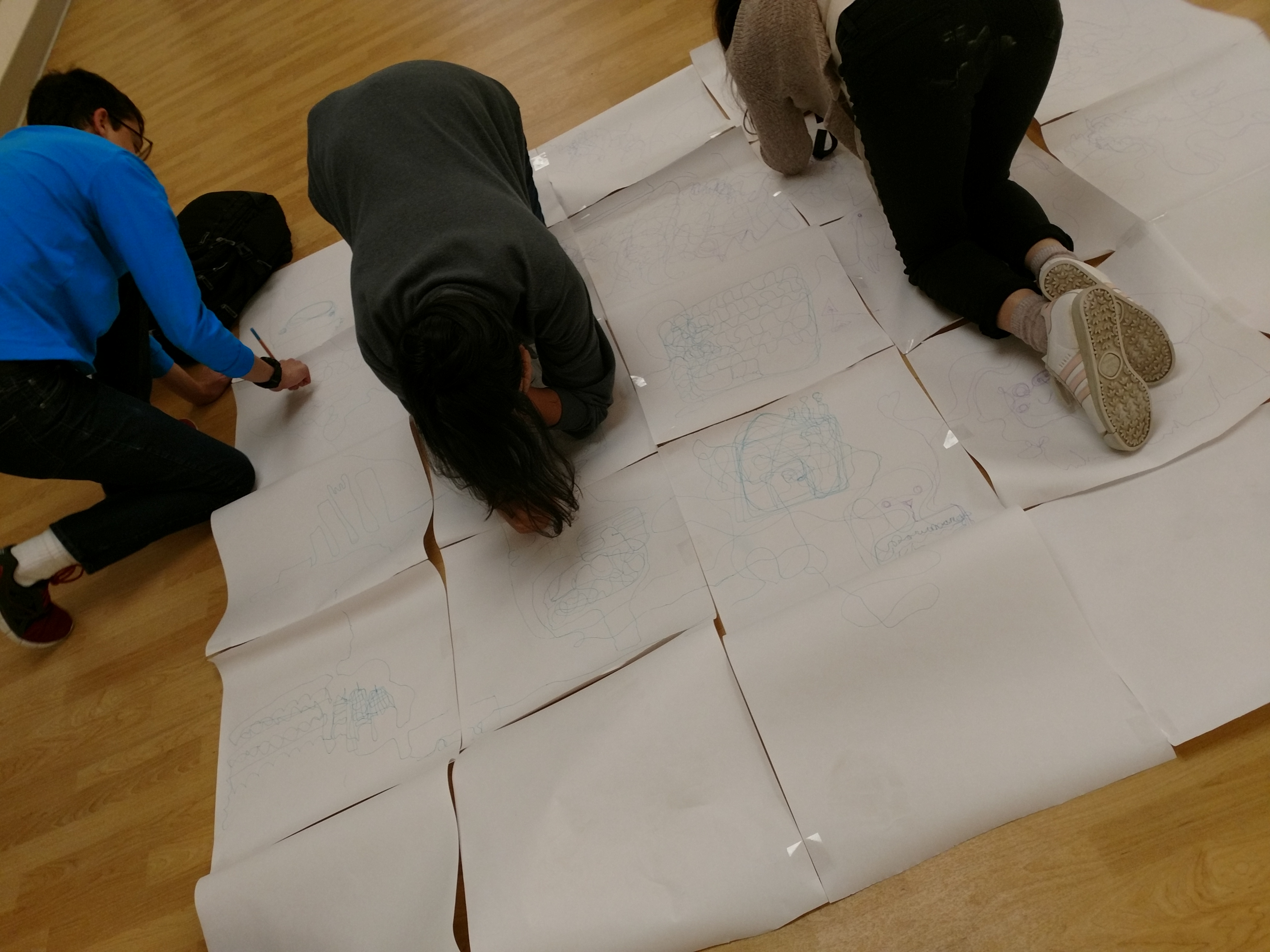 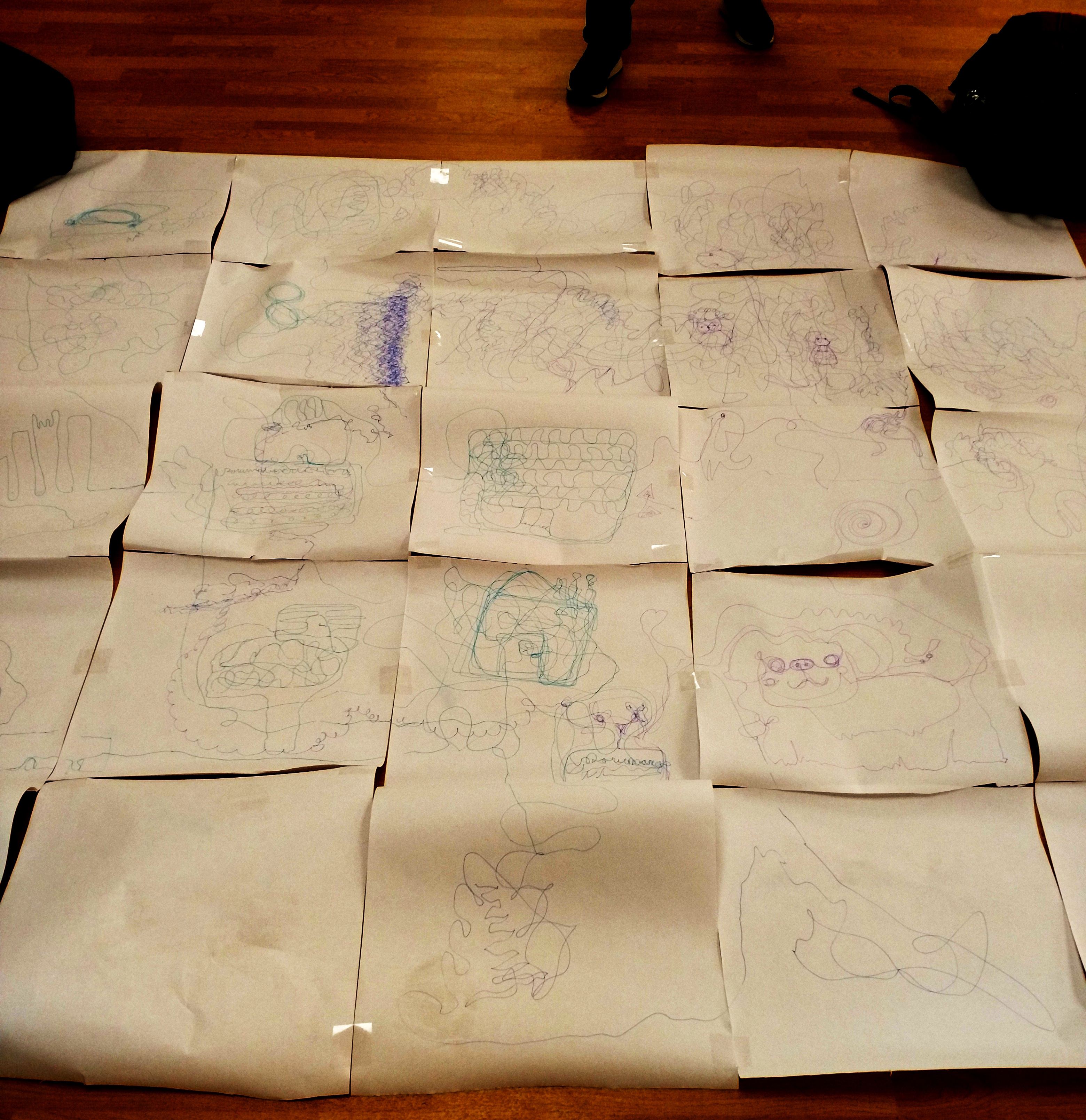 You can see the final drawing on the bottom, modified for easier viewing.  The three people had three distinct styles of drawing that occasionally intersected on the great paper.

On the top is a drawing in blue done by Maia.  She told me that as her “person” was moving, she was thinking of music, of Rachmaninoff and Shostakovich.  If you look carefully, you can see the elaborate dancing of her character, which finally ended in an intense blue jittering near the top of the paper.

The light blue lines were done by Michael.  I was very moved when he told me that he was, in a sense, having his character enact out his autobiography.  His style is full of boxes and concrete shapes, of buildings he has visited, of paths between them that he frequents.

Connie did the adorable renderings in purple in the lower right.  Her art moved into the work of others: her cat infiltrates the buildings of Michael.  Other creatures whirl in the more fluid lines of Maia.

The clock is not something that exists after the moment.  The clock exists while the characters are moving.  All of these characters and the people behind them were changed by the history of each other.  They were each other’s clock.  They used each other’s lines to make their own lines, played with the meaning generated by others.  Their sight was limited (the person could only look downward, the character could only look a small radius around them), encouraging exploration of the world and each other.  As they moved and explored more of the paper terrain, they found ways to make their own mark in the expanse of time and space.