“Probing the illusive boundary itself, Interstice presents the veil as a self-contained magic trick: a shapeshifting second skin loaded with potential energy to manipulate identities and temporal-spatial dimensions that would otherwise be rendered immeasurable in its absence.  Interstice is an attempt to pass through the veil that obscures our collective vision to reach a space in-between.  An interstitial space.”

This project is a work of film and performance, manipulating the relationship between beings through a changing veil.  The veil binds the actors together, playing with the idea of the individual and the collective.  The color, the mood, the feeling.  All of these were things that originally made this work especially memorable to me.  His concept of using a simple, physical object to explore the relationships between beings, especially their form and body, was very beautiful.

Andrew Huang’s website feature a variety of his other works, many of them interlocked by their exploration of the form, especially the humanoid form.  He appears to be greatly influenced by ideas of demons, aliens, the strange and terrifying, relationships, the individual, the collective.  Here is another example of his work, an image of a scene: 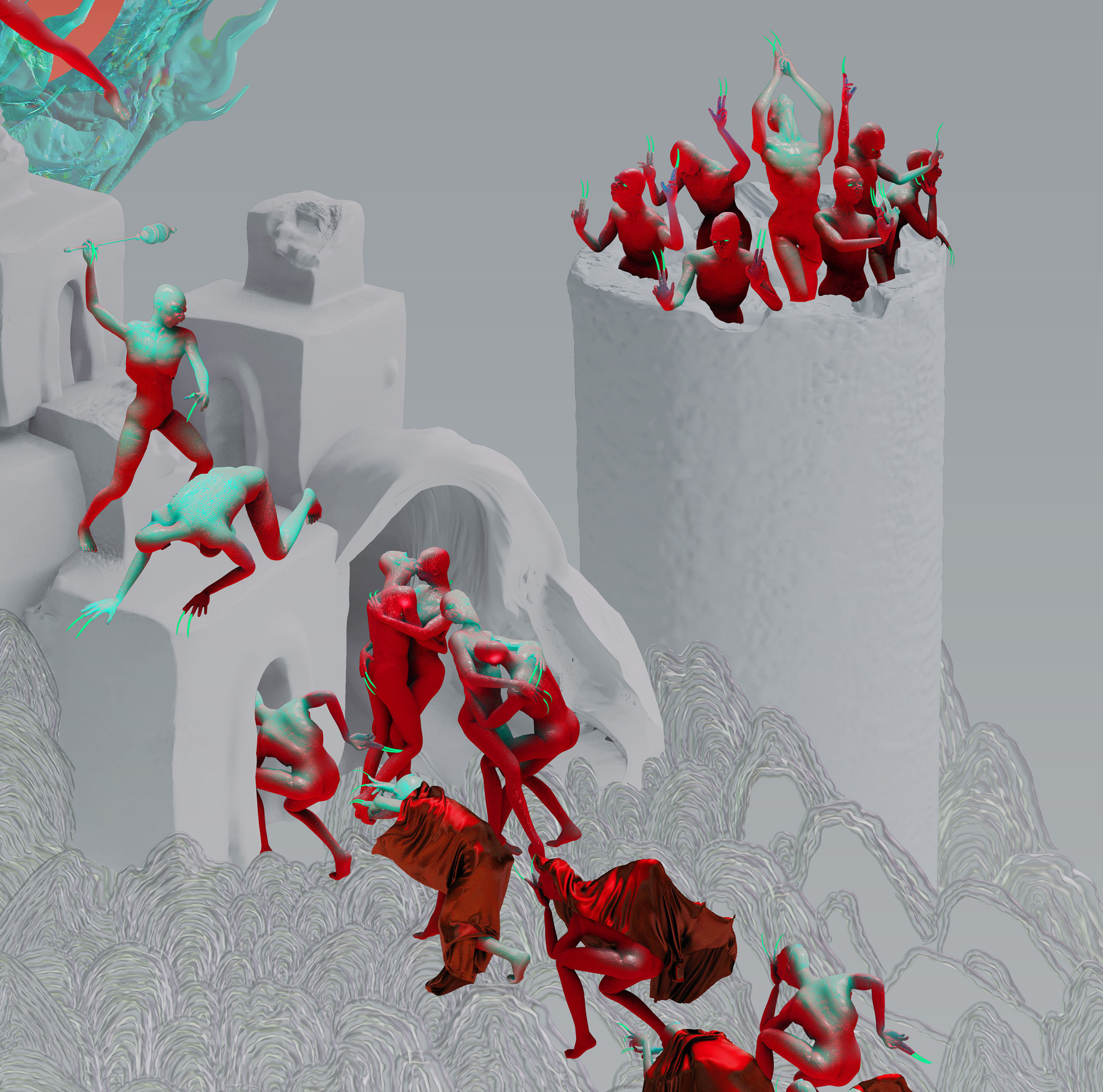 In terms of performance, arrangement of elements, color, and atmosphere, Andrew Huang’s work is perfect.  The slow, repeating movement of the perfume, the careful, precise movements of the actors.  The jarring end when imagination blurs into reality.  However, there are a few things that I think would have improved the experience of watching his piece.  That the faces of the actors be completely covered, to give more of a sense of otherworldliness.  Being able to see their eyes shifts the focus away from their moving bodies and to the face, which is usually where we look at to understand others.  I also wasn’t too keen on the silk material used.  While the lighting on the cloth seemed important to show how it flowed, there was a somewhat cheap quality to it that took away from the mystique of the moment.

Overall, however, I found this piece, and his work in general, to be very thought-provoking.