Thanks to Chris Jobson of the ThisIsColossal blog for lots of great links.

A Consideration of Graphical Nuance

How many ways can you think of to convert a circle to a triangle?
In this Circles to Triangles project, I demonstrate 14 methods that I could think of.
The point of this demonstration is to sensitize you to details of computational craft.

Some graphics basics and tricks

Basically all early cinema was looping, from ~1824-1890.
Let’s learn a little history about early cinema devices. 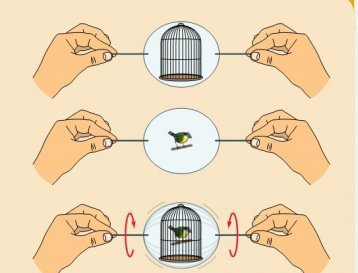 The invention of the Thaumatrope is usually credited to British physician John Ayrton Paris. Paris was said to have used one to demonstrate persistence of vision to the Royal College of Physicians in London in 1824. It consists of a disk with different images on each side; when spun quickly, persistence of vision fuses the images into a simple animated scene. Below are some Thaumatropes from the Richard Balzer collection. 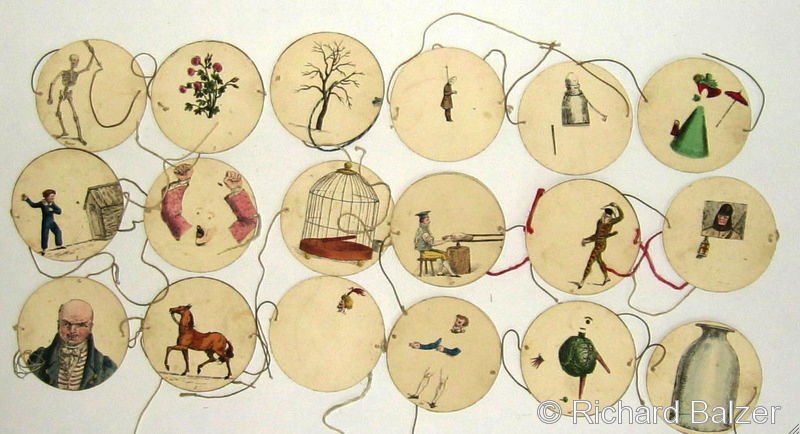 Invented by Belgian physicist Joseph Plateau in 1833, the Phenakistoscope is largely considered to be the first mechanism for true animation. This article at Colossal shows a terrific collection of Phenakistoscopes.

The Zoetrope was invented in 1834 by William George Horner. The Zoetrope is the third major optical toy, after the Thaumatrope and Phenakistoscope, that uses the persistence of motion principle to create an illusion of motion. 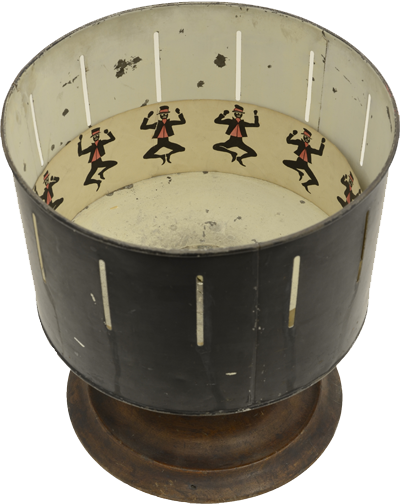 When the Praxinoscope was invented by Emile Reynaud in 1877, its mirrors offered a brighter image than the image seen through the Zoetrope’s slits, and interest in the Zoetrope soon declined. 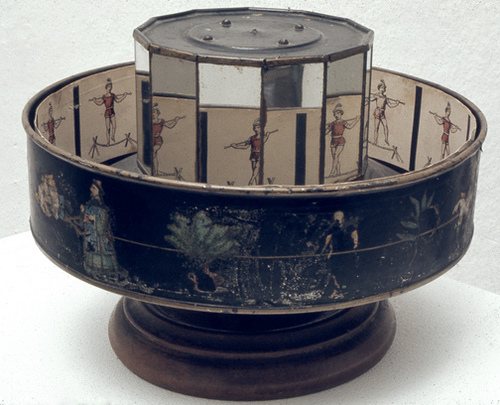 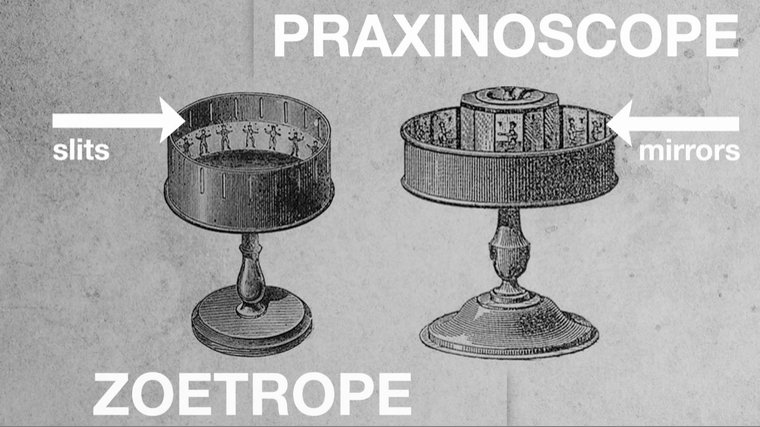 Things got really exciting with the invention of the gelatin emulsion by Richard Maddox (fast chemical photography) in 1871 – and soon thereafter, chronophotography, in the mid-1870s. Suddenly these devices can depict movement with photographic media, and not just hand-drawn animations!

Loops are now here to stay, and inform (and are informed by) other cinematic practices.

We will use a Praxinoscope and/or a Zoetrope as part of Deliverables #2.
We will start our in-class activity: 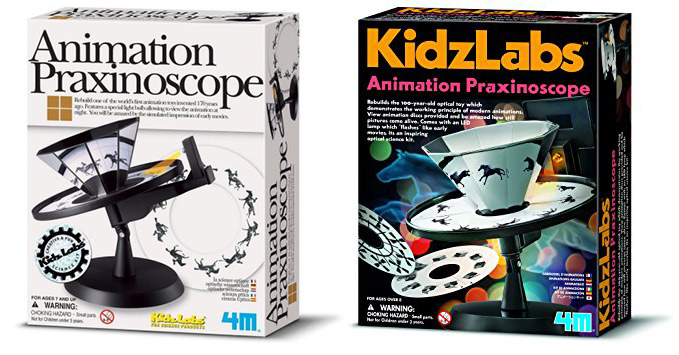 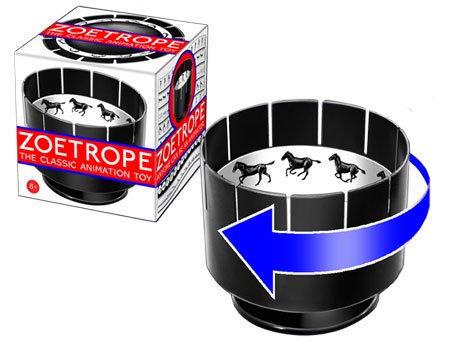