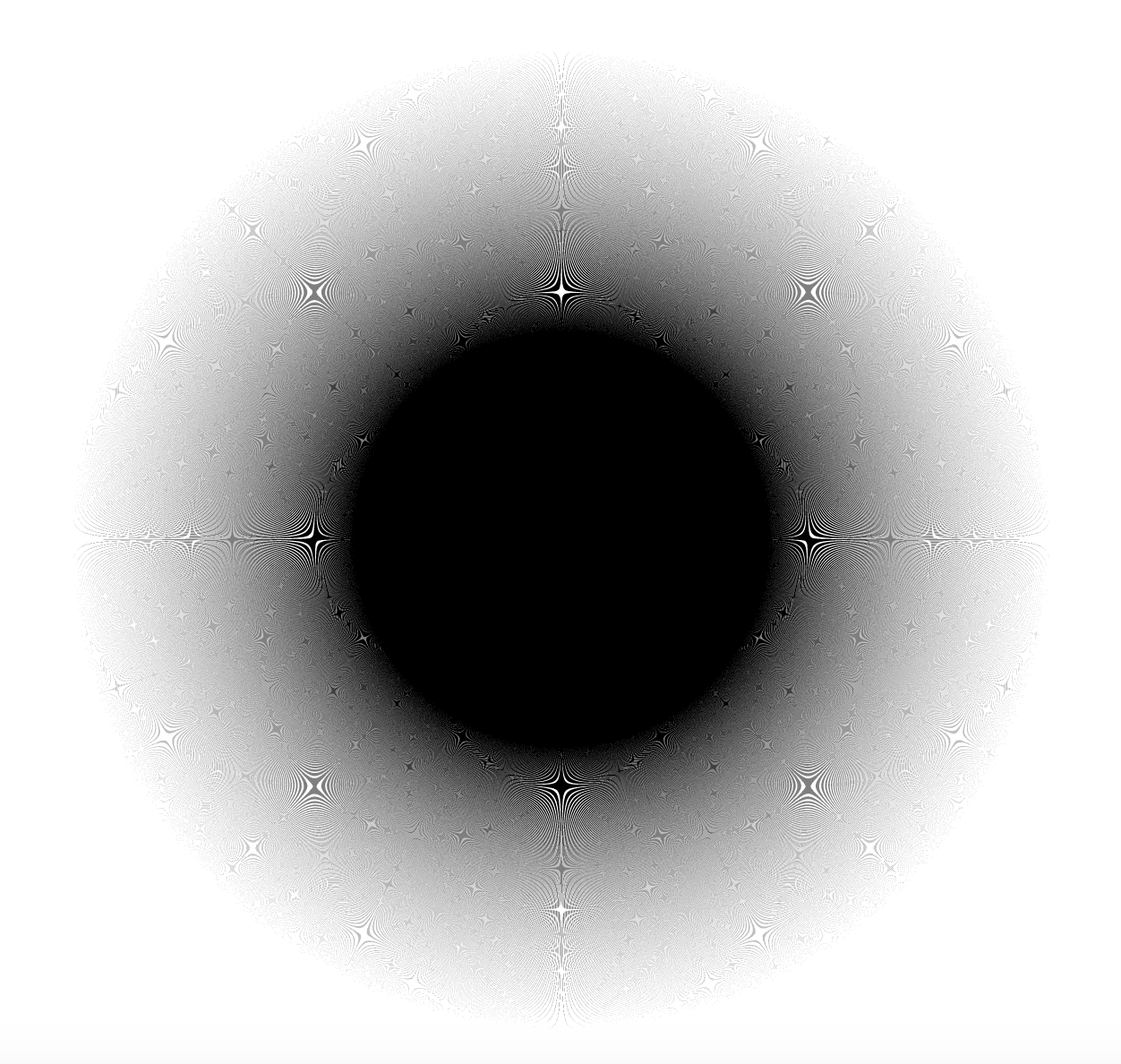 I like how simplicity of this web opt-art piece. The algorithm is apparent — adding “spikes” forever until it kills the browser. As the number of spikes increases, moiré patterns appear, and they become more and more complex. The system is extremely simple, but it generates/reveals interesting geometries and visual effects over time. I also like this because it is a tiny story. It grows from something very banal, and then reveals an unexpected, hidden truth. If the work is simply an image of the moiré pattern, then it would be a lot less delightful.

I wonder if this pattern was a surprise, a deliberate design, or a combination of both. I think this work examplifies a kind of relationship between the artist and generative art, where the artist cedes most of the control. The artist made a very very simple system/algorithm, and everything else is left to the code, the users’ browsers, and the users’ eyes. I am not sure if this work achieves effective complexity, because most of it is based on a very strict order. The moiré patterns are small surprise elements because of human’s lack of familiarity with the mathematical phenomenon.