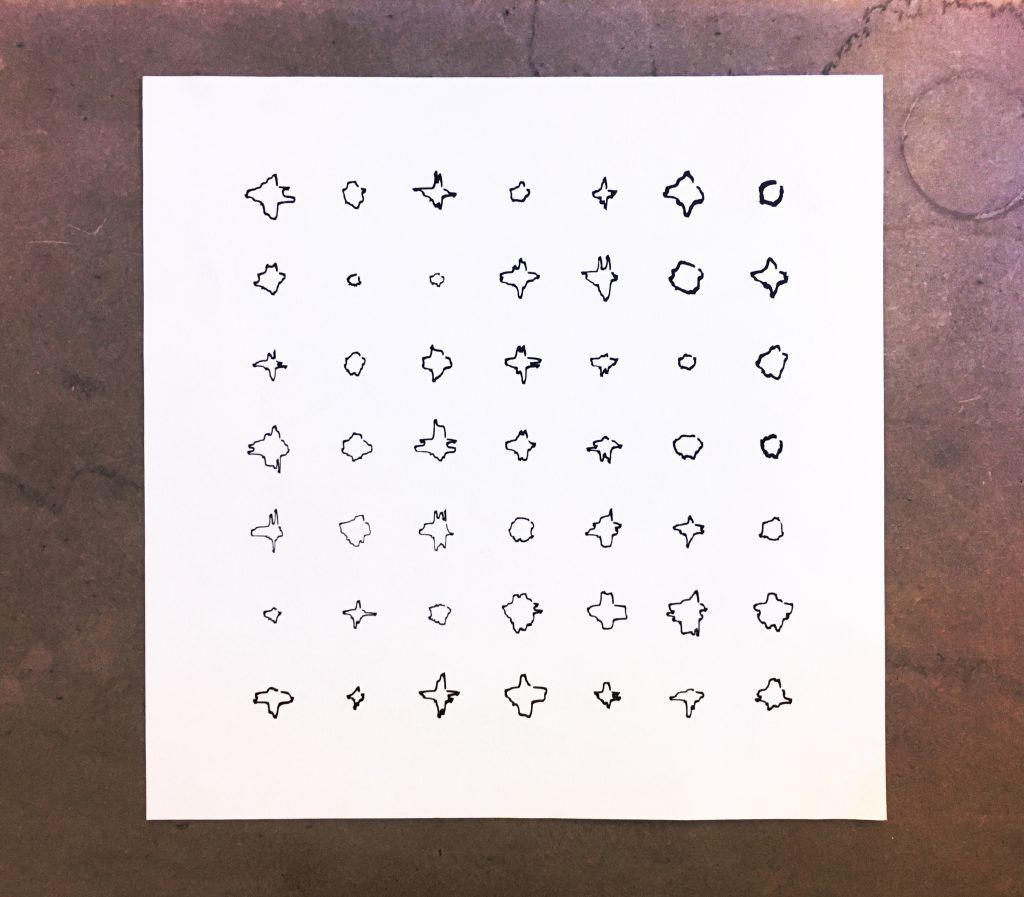 A visual language system is a synthesis of rules and room for improvisation. For my own asemic language, I wanted to design the form of each character based on consistent rules in geometry and then generate possibilities using randomness.

To design the rules for generating characters, I began with basic shapes. I played around with circles for a while but wasn’t happy with how it looked. So I tried squares.

In each character, “spikes” with straight edges come out of a square. The spikes vary in number and in size. 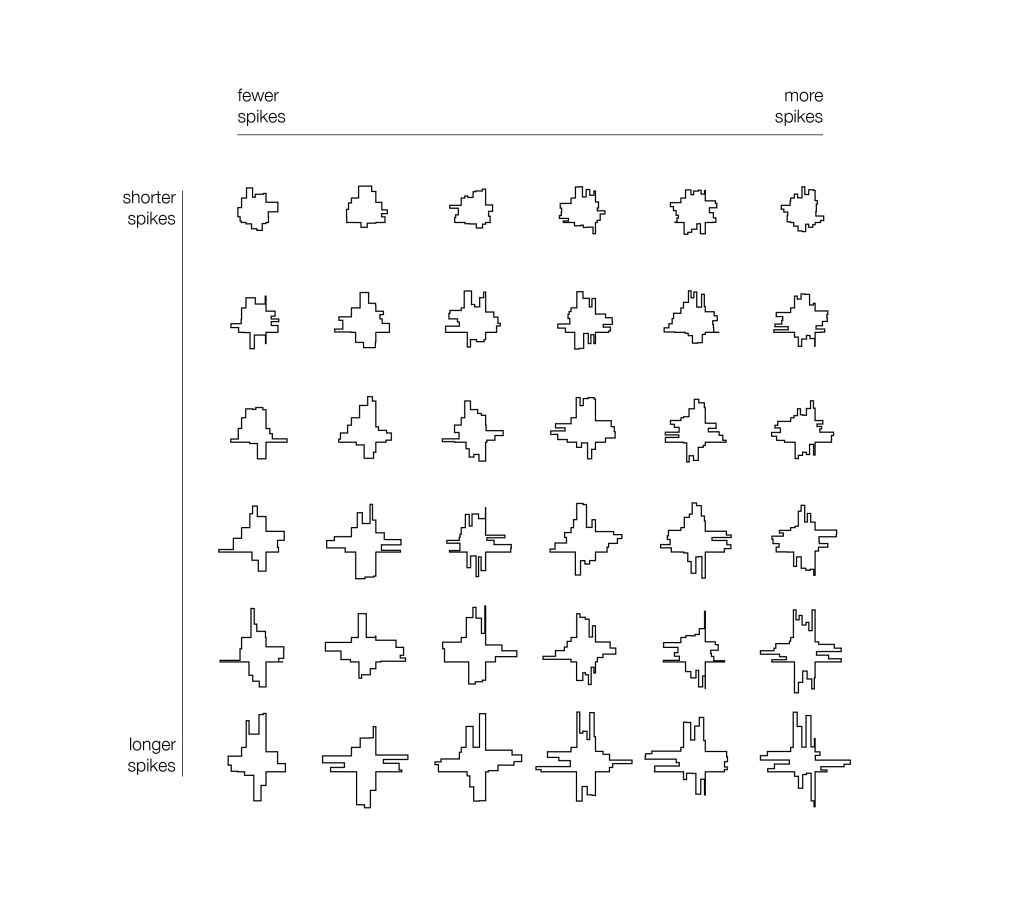 The spikes differentiate the characters from each other. For the creatures from the other universe who would use this language, I imagine, the size and number of the spikes signify special meanings, sentiments, and conventions.

A paragraph of this language may look like this: 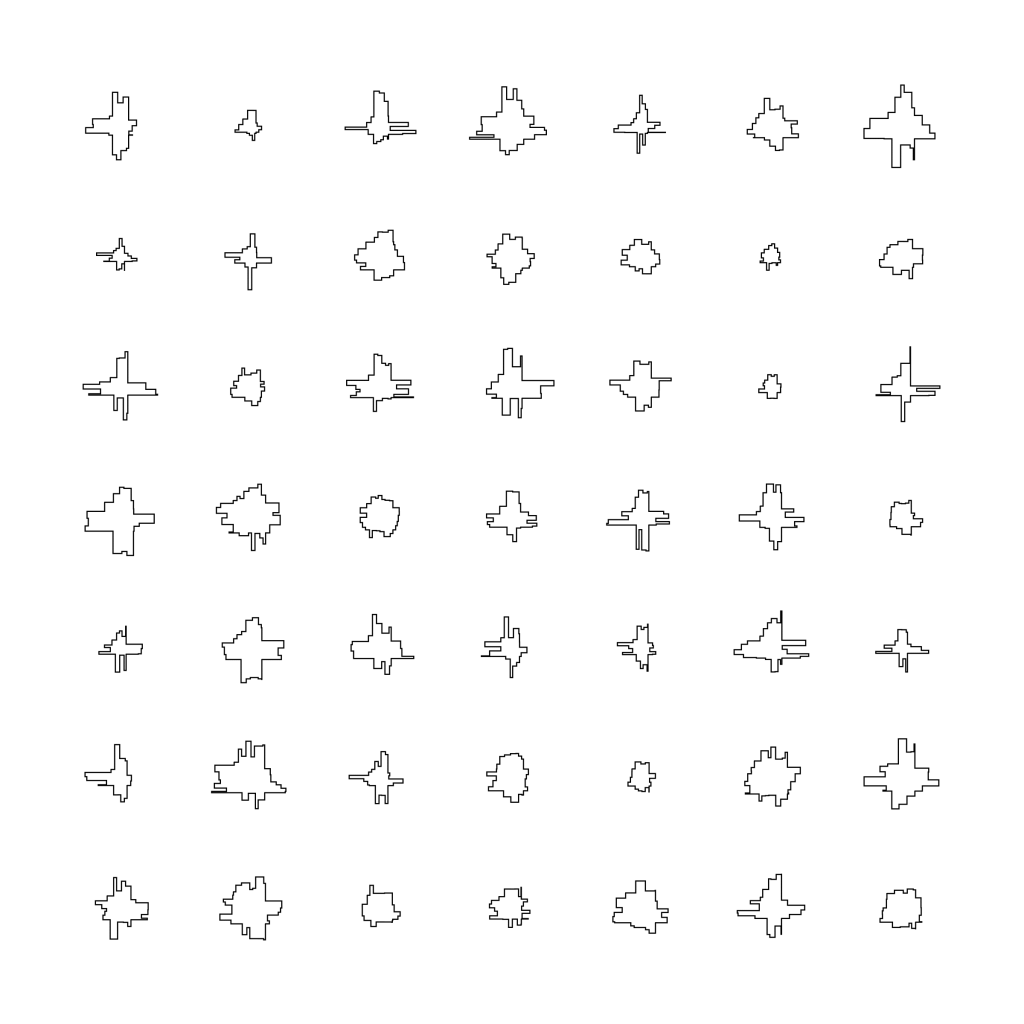 When I look at this design in Processing, the characters have a very geometric, mechanical feel, because all the angles are 90 degrees. It feels more like an encrypted series of code, rather than language. Language is intriguing and infinite because it is expressive and unpredictable. It has a level of ~flare~.

To add an element of surprise, I decided to use a brush pen to plot it on Axidraw.

The brush pen gives very different effects depending on the speed of the plotter, and by how much it is being pressed down on the paper. The bleeding and the changing stroke weight smooth out the sharp corners in the original Processing design. When we plot huge characters, the details become more defined, but the smoothing effects also decrease.

I played around with paper of different colors as well. 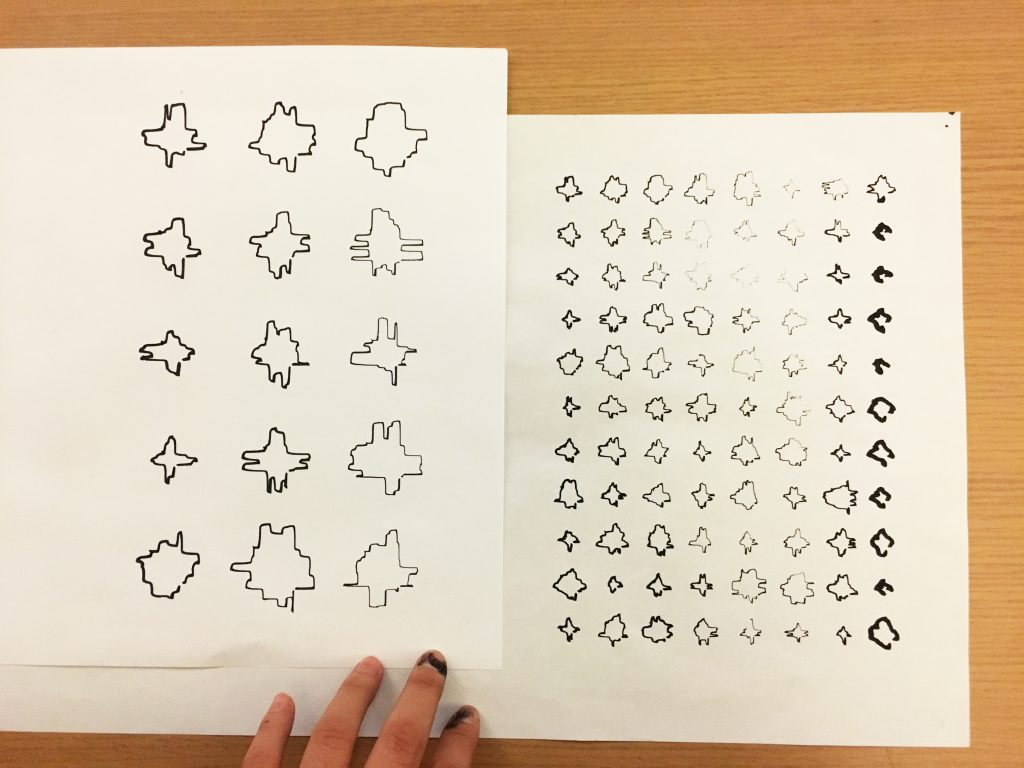 Eventually, I decided to plot fast, draw small characters, and use white paper, because I thought it gave the best result for smoothening out sharp edges, highlighting general form, and creating a calligraphic feel. I am happy that the brush pen helped deviate from the very geometric, mechanical look, and makes the writing system look more life-like. 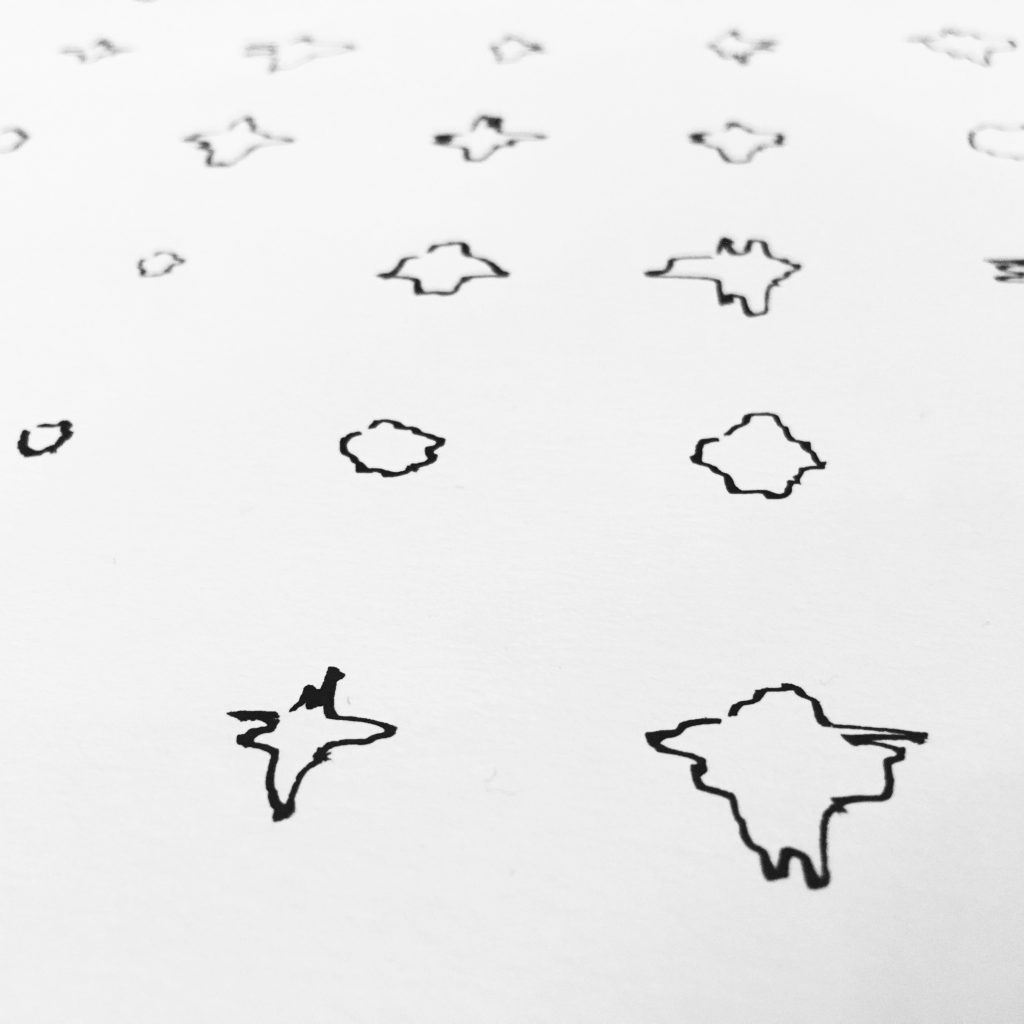 I enjoyed the process of this project very much, because I got to practice paying close attention to form, which is not something I am very good at. I was surprised by how many variables can stem from a simple premise—size of the square, spacing, organization of the page, writing instrument, paper—every choice generates a new set of possibilities, every one of which needs consideration. I wanted to make something that look good. No matter whether the result actually looks good or not, I am glad I got to think a TON about what “looking good” really means in the process.

I am imagining…the creatures who use this system might look like this. They have spikes coming out of their face hole, which reorganize and write the squares and spikes. 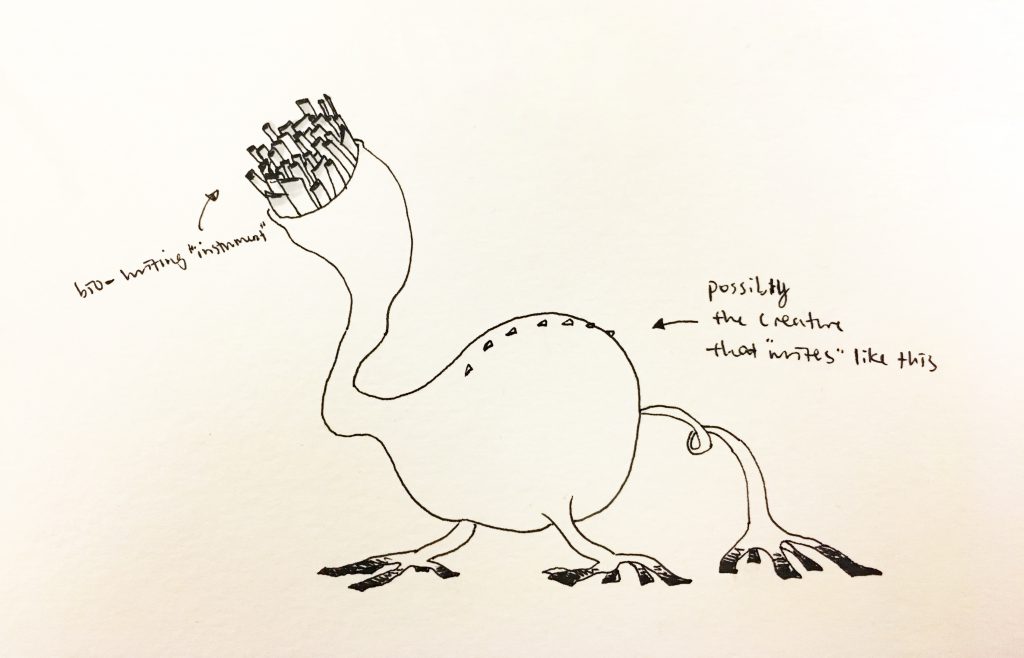 ~Special thanks to Claire Hentschker for helping me with the plotter, and cambu for giving me input on documentation