I love old illuminated manuscripts. I think they are beautiful. I love the occlusion of patterns, and I think AR might be a good way to highlight the layered geometries.

I went to the rare books collections in Hunt and got some help from the amazing librarian Mary Catharine Johnsen. We started with some religious texts, specifically The Book of Kells, but after receiving critique from class, I decided not to use anything of the religious nature.

Then, after a bit of searching, I found this book. 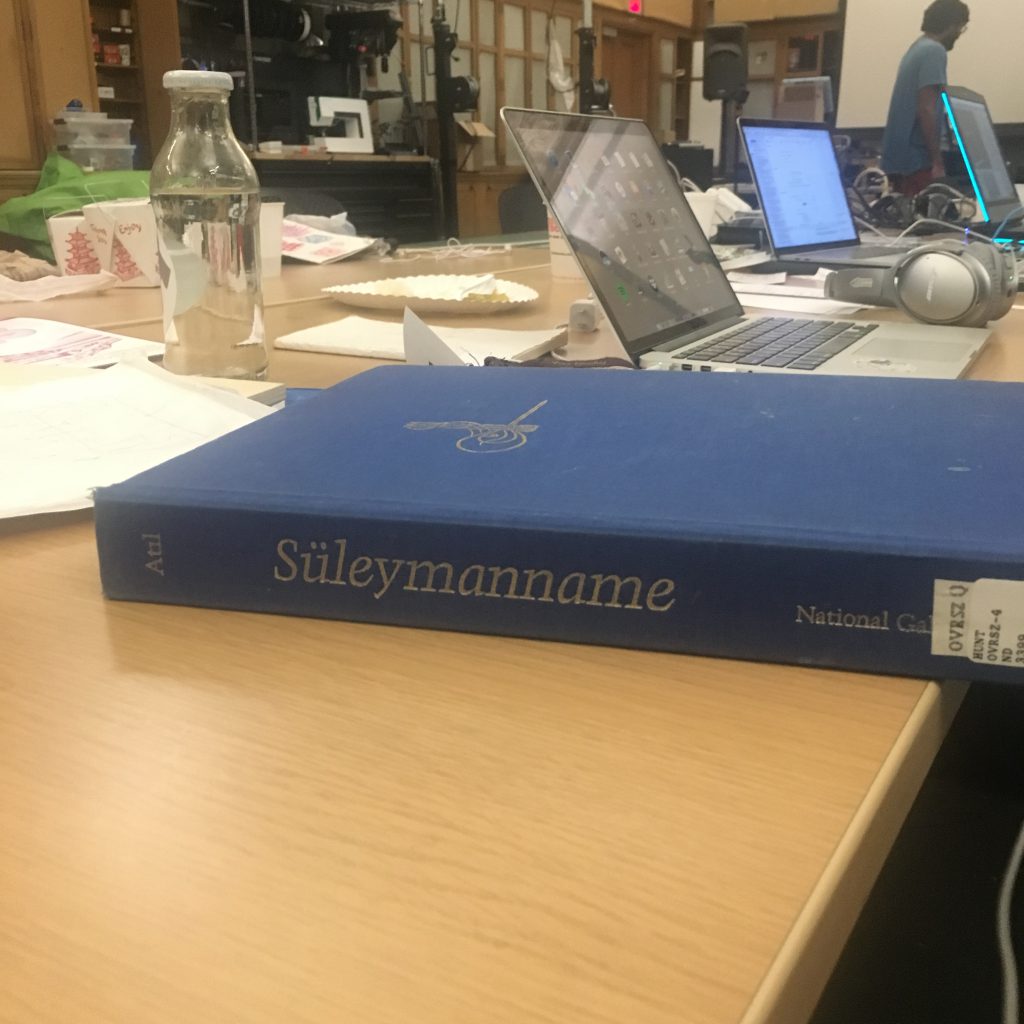 This book is a study of the illustrations in Arifi’s Süleymanname (lit. “Book of Suleiman”), which recreates many of the events, settings, and personages of Suleiman the Magnificent, longest-reigning Sultan of the Ottoman Empire from 1520 until his death in 1566. 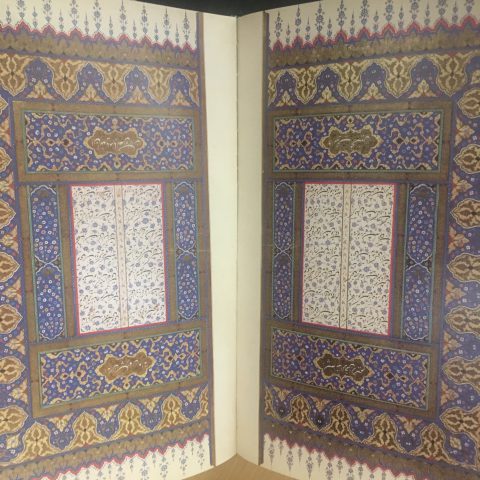 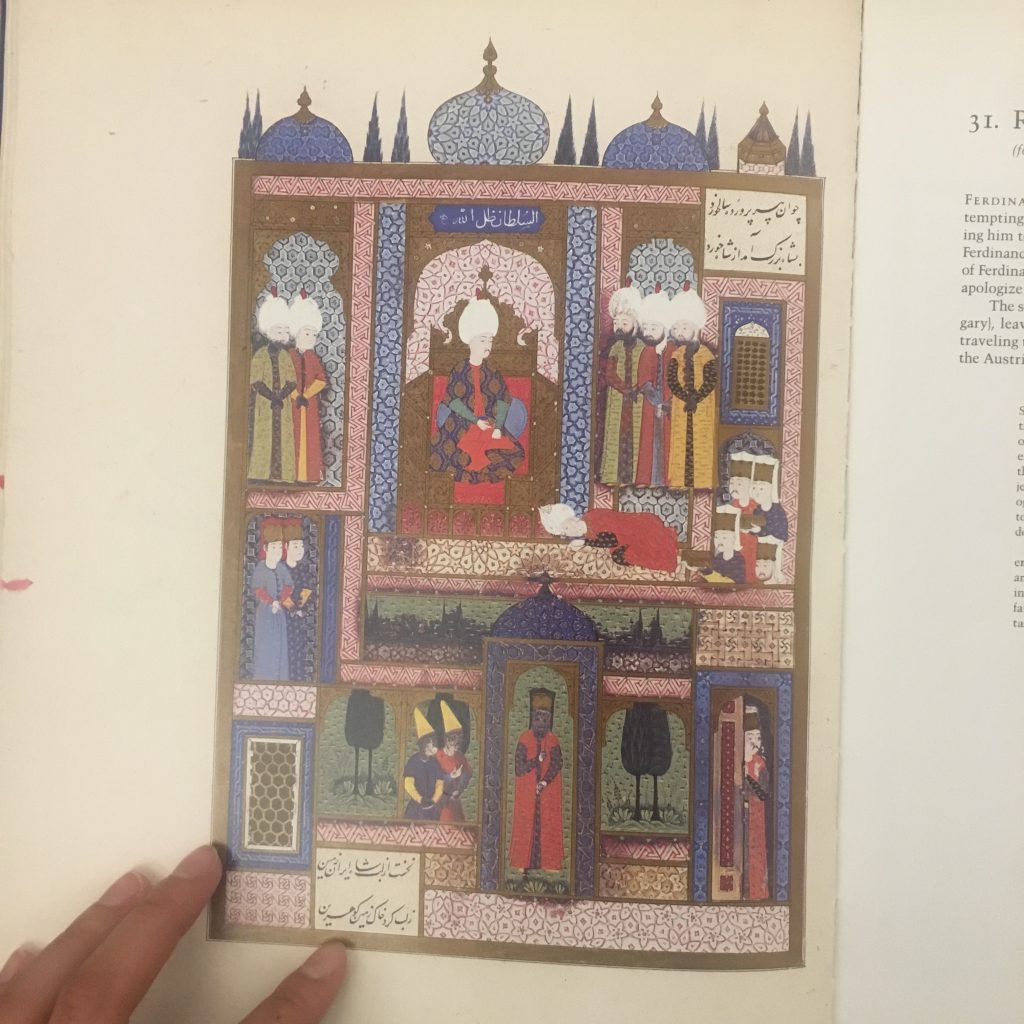 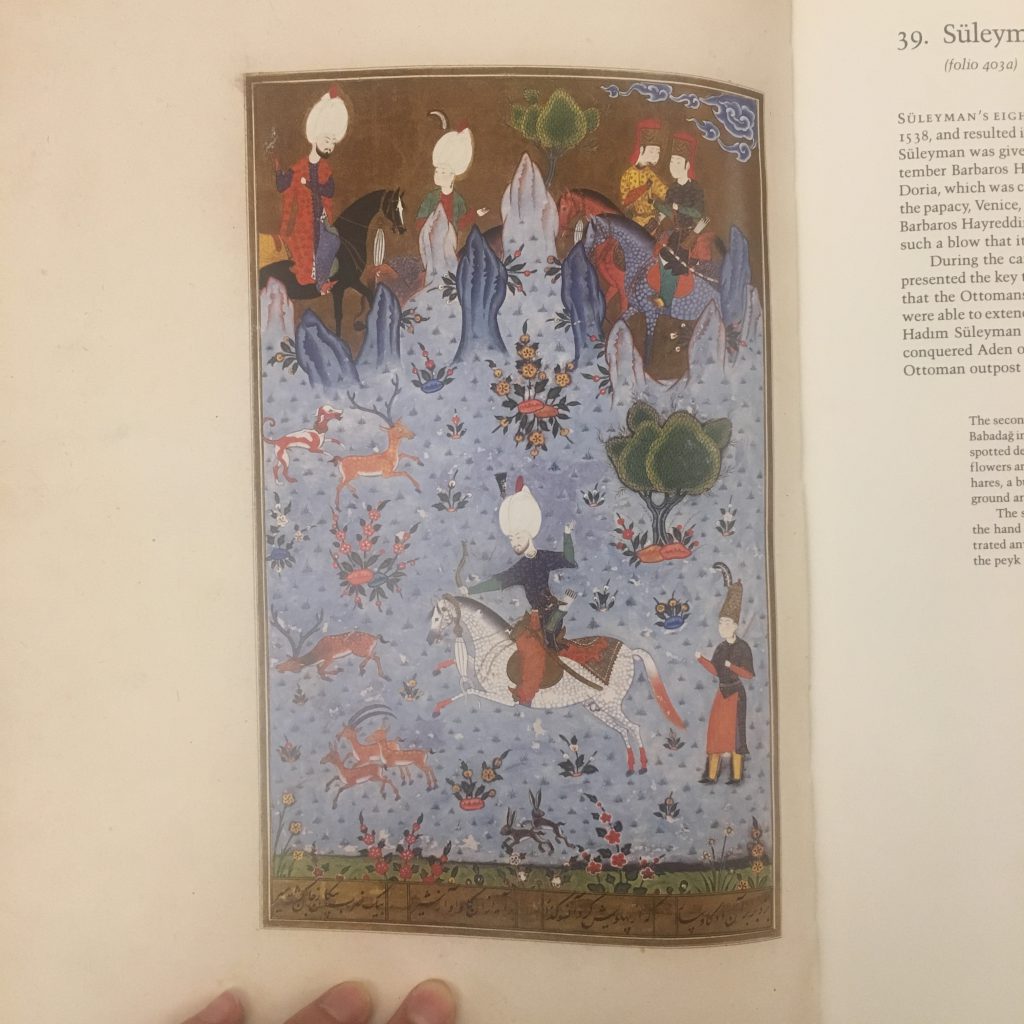 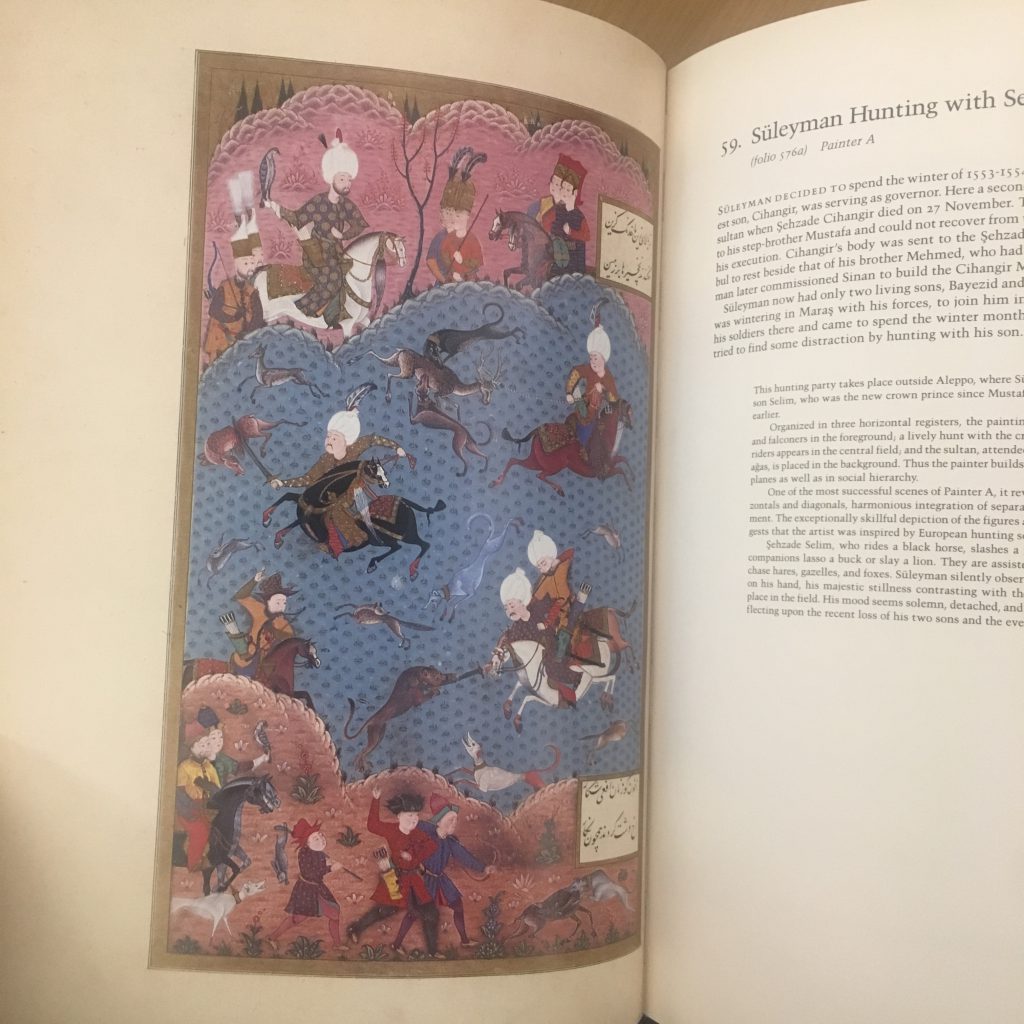 I picked my favorite one. 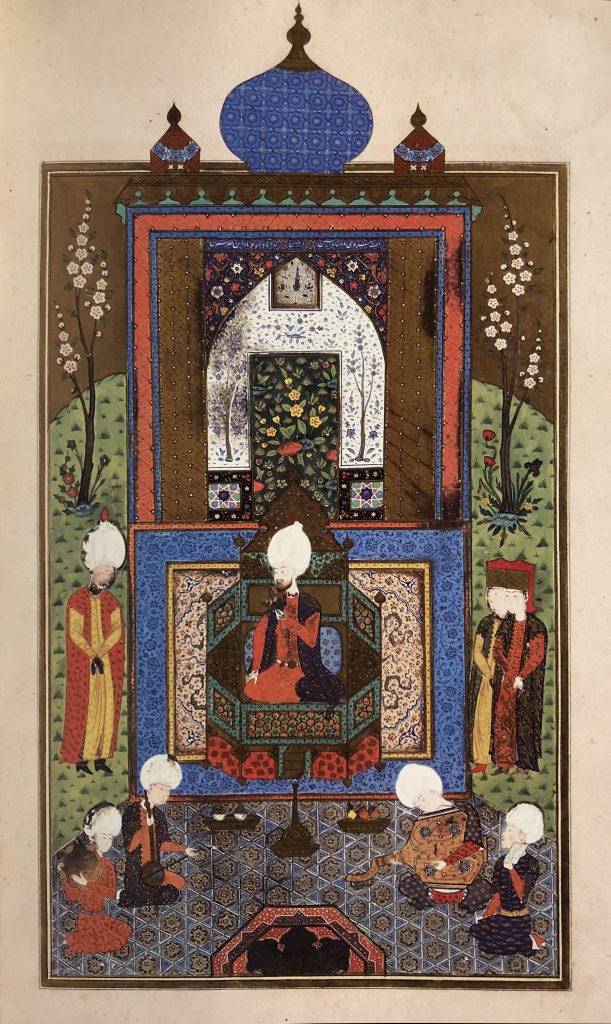 This image describes the celebration of the circumcision of Süleyman’s three oldest princes. (tbh I didn’t know this was the content…I chose it initially simply because I thought it looked the prettiest…)

Here is a detailed description of the story behind the image. 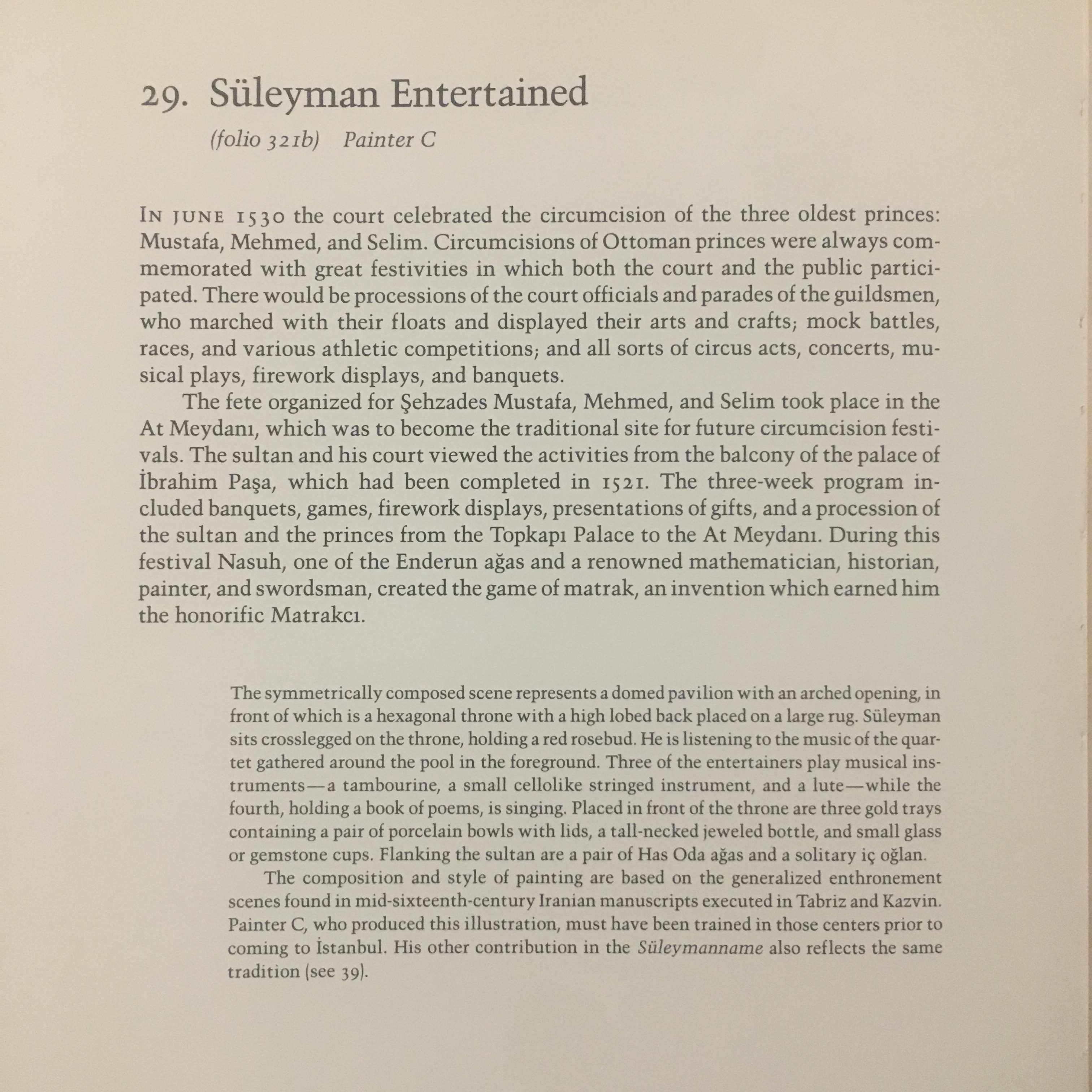 I began by separating the layers. 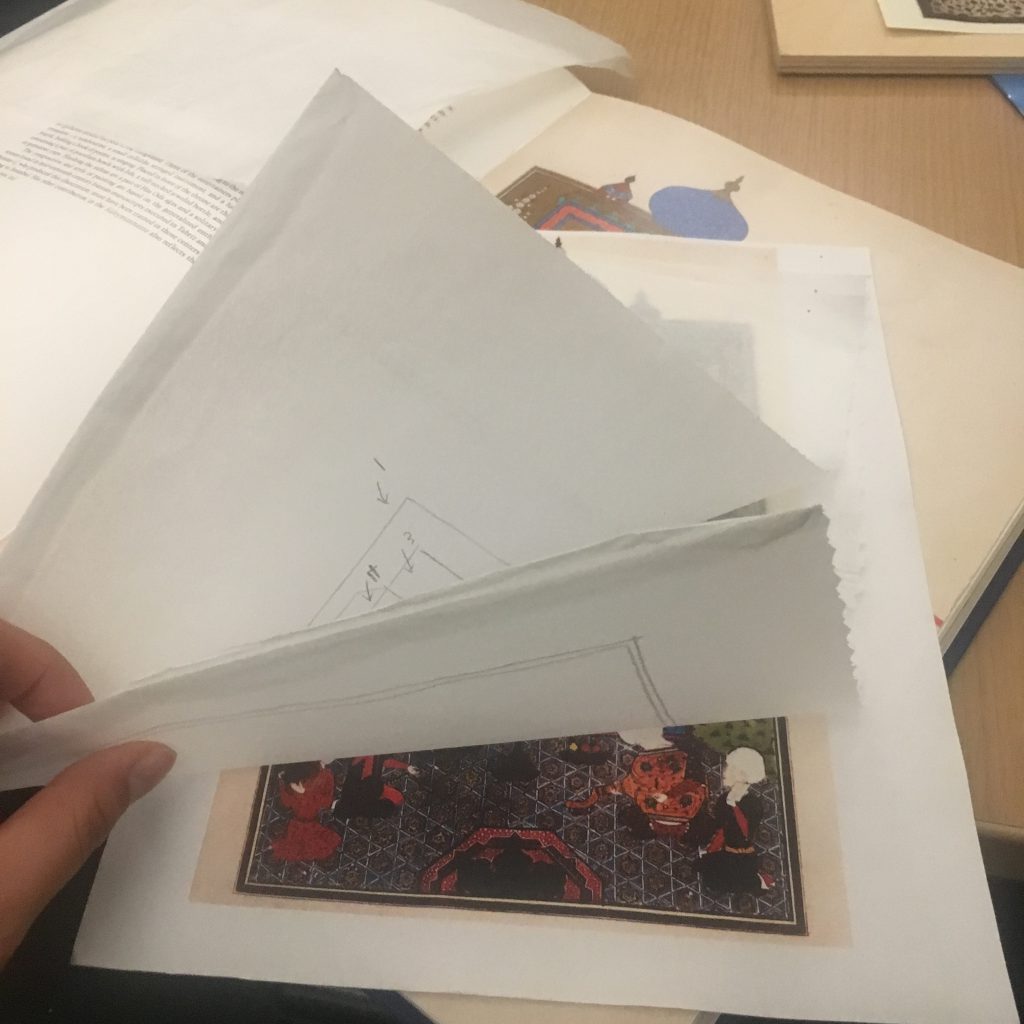 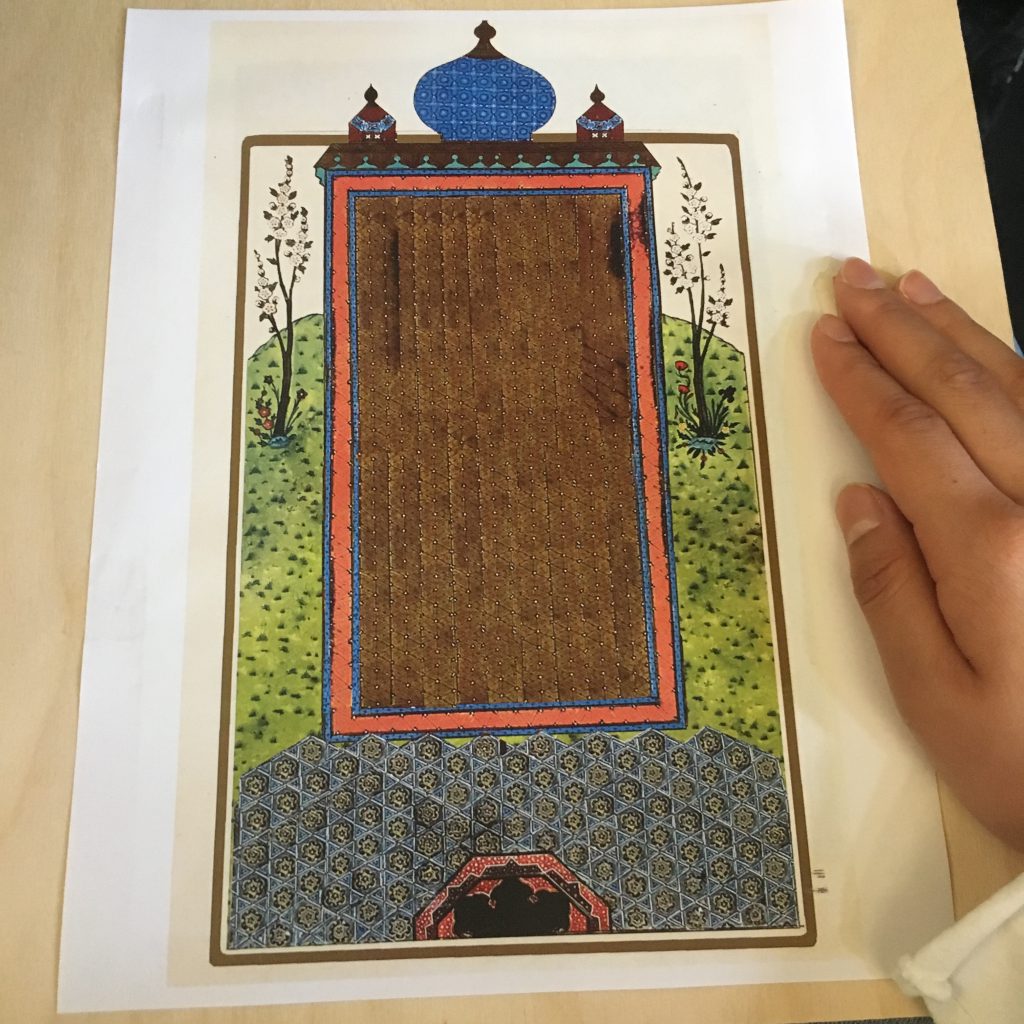 Here is the way it looks when I tried it on Unity.

Currently this is simply an experimentation with aesthetics. What drew me to the materials and the idea initially was the rich history behind it, but the question that I don’t think I have explored enough is how to bring that history out, and celebrate it in some way.

Huge thanks to Mary Katherine Johnsen for helping me finding materials. Thanks to Connie for lending me her phone. And thanks to Golan, Claire, and my peers in the studio for critiques, technical support, and emotional support.