This an app that takes words in real life and uses them to compose Dada-style poetry.

Here are some shots of the app: 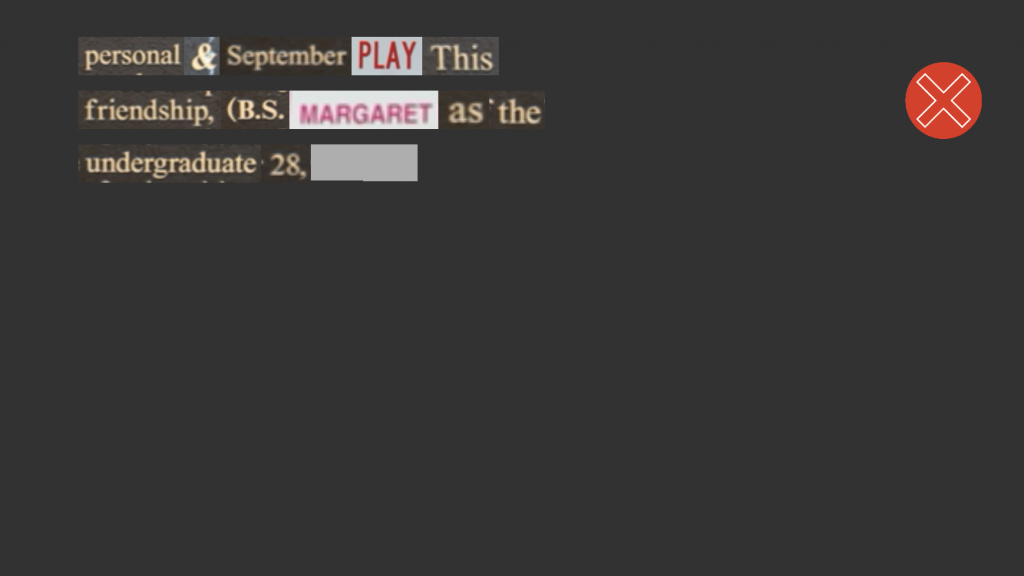 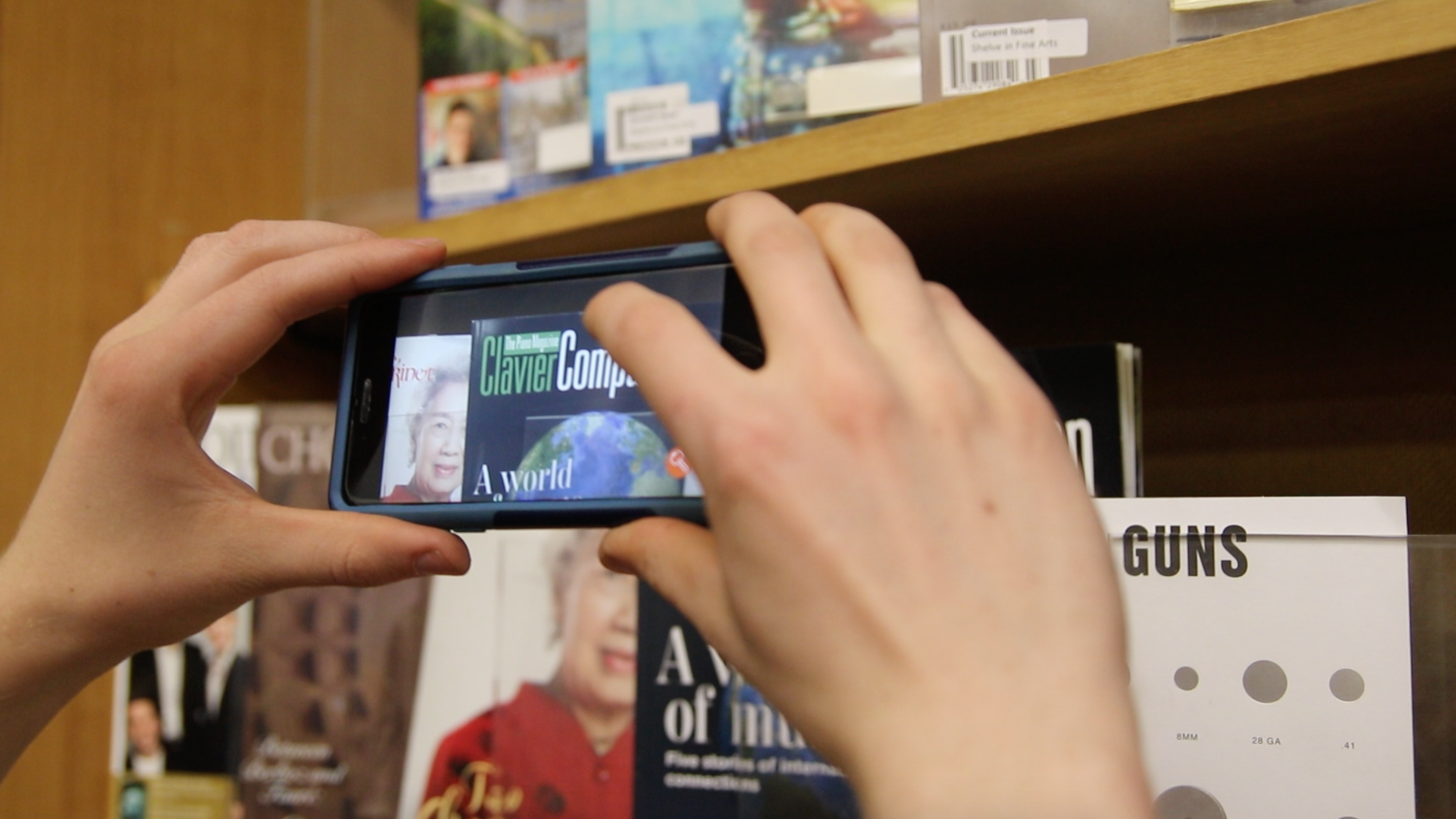 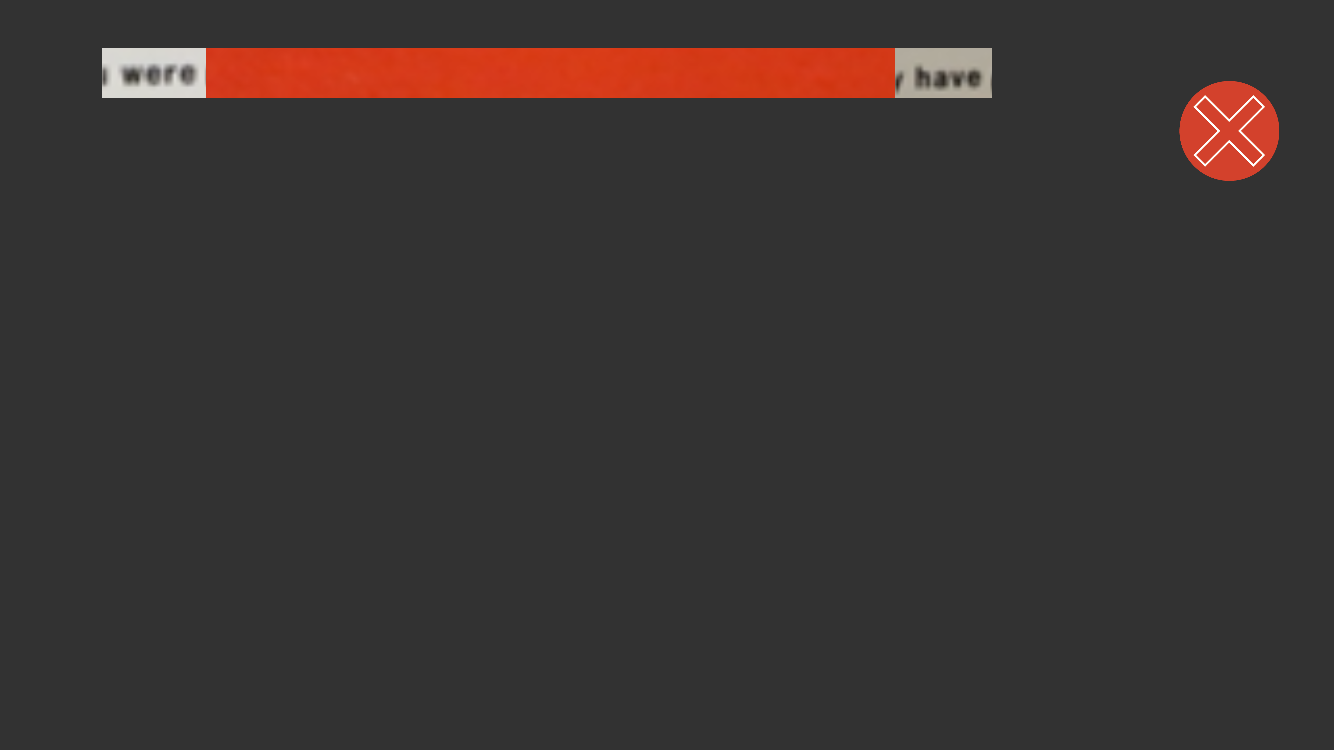 Here’s a mostly silent video showing the app in action:

In this app, you go around finding words that you might like to include in your generative poems, which, in the Dada style, are random arrangements of words. You tap your phone screen to save these words. When you are ready to generate a poem using some of these words, you may tap the orange hammer icon and see what the app churns out for you.

This is a project that I have been working on for the last five weeks. It started out as a game in which you would be given a scrambled list of words from an unknown poem from the 19th century and, using your phone, have to go out into the world and find all the words in order to have the list unscrambled and the composition of the poem revealed.

For that project, for which there is a brief documentation video below, I implemented the Google Cloud Vision API, which I allowed me to both read the words captured by the app and get the coordinates of their bounding boxes in the captured image. I also made requests to a poetry API so that upon each load of the game, the player was given a new, random scrambled poem to discover.

I was using the images of the words to check off found words in the player’s inventory when I reached a point where I just wasn’t sure if completing the discoverable poem app was the right way to continue this project. At the same time, I had been pushing back against Golan’s suggestions that I do some generative poetry with my found words because I thought that whatever I could generate would make for some bad poetry. 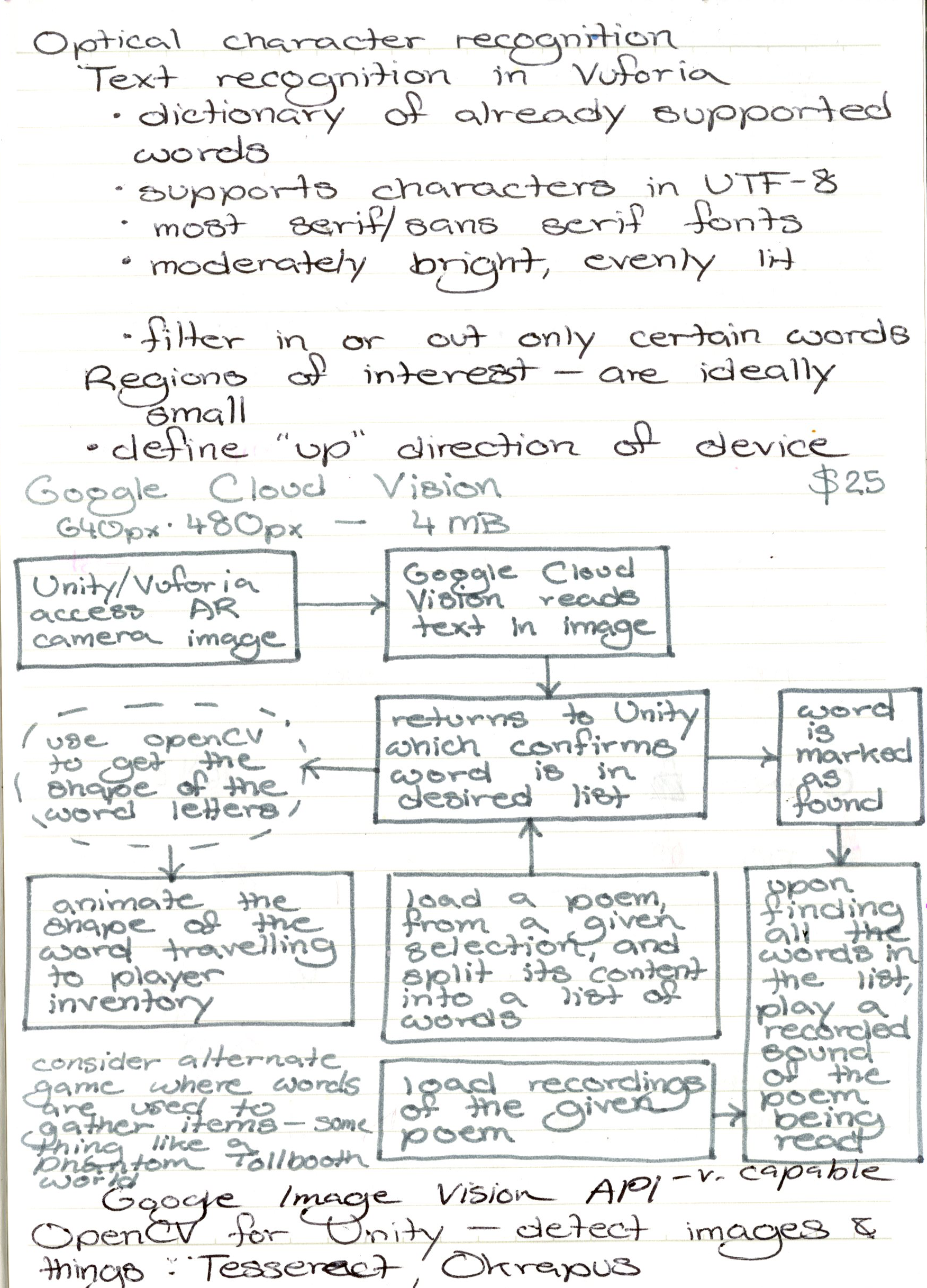 This is an early process flow that I created. I cut some of the elements from this chart early on, including animating the words using OpenCV.

But then Golan introduced me to Allison Parish’s approach to conceptual poetry, which is to use generative poetry to explore the nonsensical, in the hope that those poem-writing robots return to us with something valuable. I think there is something worthwhile to making generative poems, even dead-simple ones that only arrange words randomly. And I was able to keep using the bounding boxes for the words, which was an added bonus.

In this last week, I tried to use Google’s ngrams datasets before settling on just a functional, totally random poem generator. Despite this, part of the charm of my app is that the poems it generates are not actually completely random; they are specific to the place and person of its user. 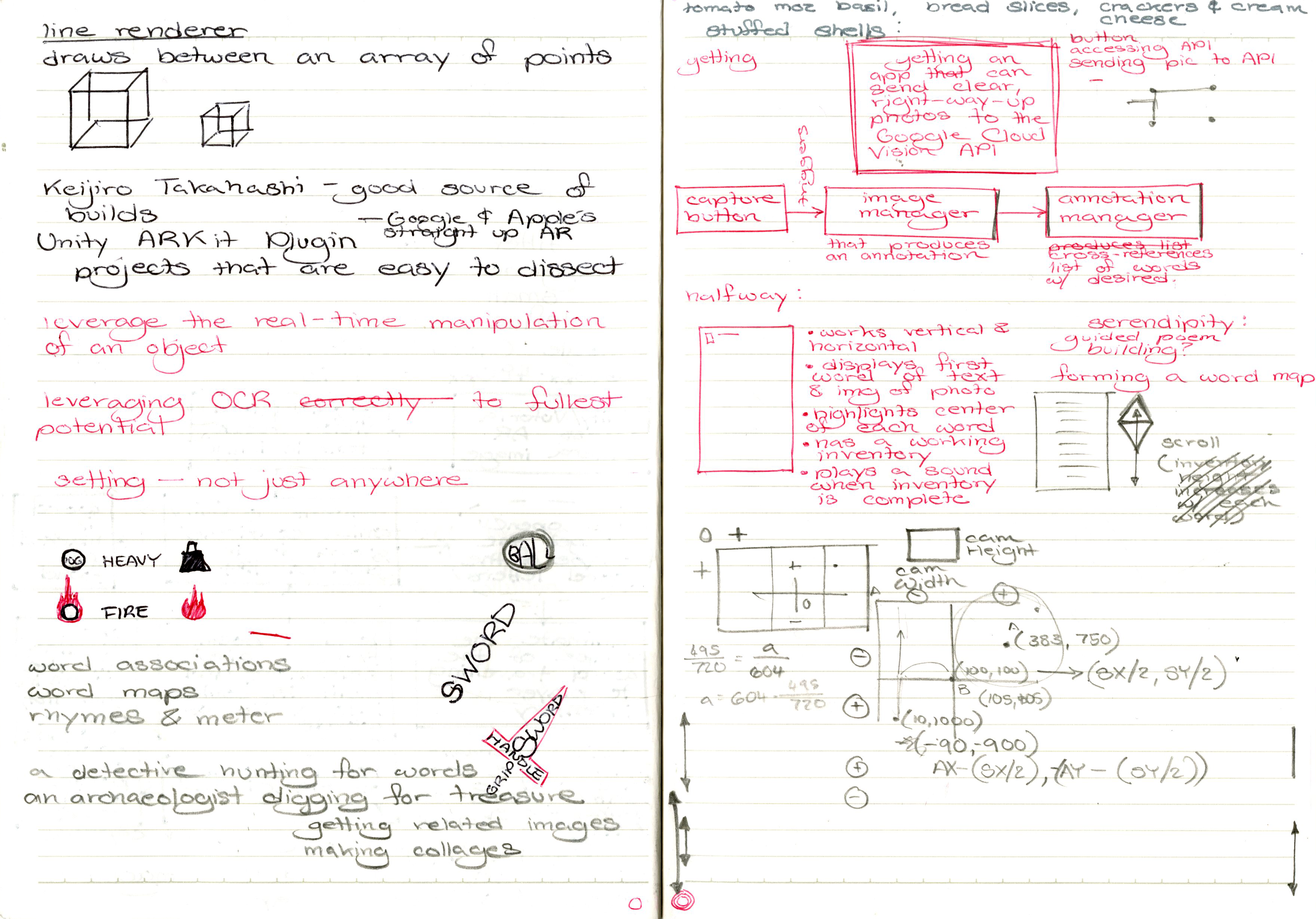 And here’s another page from my sketchbook; I typically work out my ideas with just a crazy amount of words, which I guess is fitting.

Thank you Golan Levin, sheep, phiaq, Coco, and my friends in the Studio for your help talking through this project, generating new ideas and new ways of looking at it, and helping me move forward when I felt like I was in a rut. Thank you especially to phiaq for helping me document this.