For my piece, I knew I wanted to make an “instrument” controlled by a hand. Rather than typical sounds, I wanted to create glitchy noises inspired by Ryoji Ikeda or this piece by Tomoki Kanda. I have really weird shaped, “glitchy” fingers, so I found it fitting. Creating interesting glitch sounds is actually what I had to experiment the most with. In the end, I like the sounds that are produced. However, I wish it was more clear how the hand was triggering them or was more responsive based on the actions that the hand took. The element I think that became the most clear is how the height of the hand affects the tone through filtering. The triggering of notes is less clear and has more errors happening. I originally wanted to do something with machine learning for max, and I might pursue this further in the future. 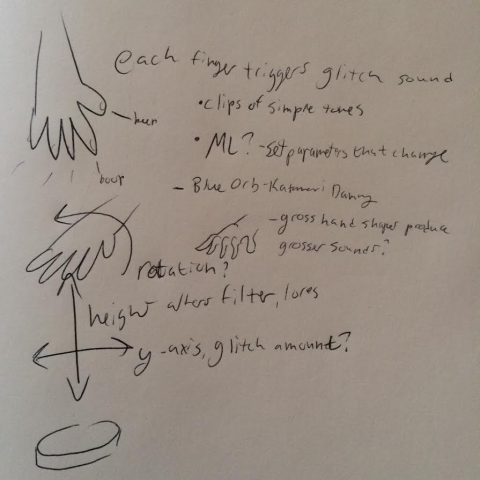