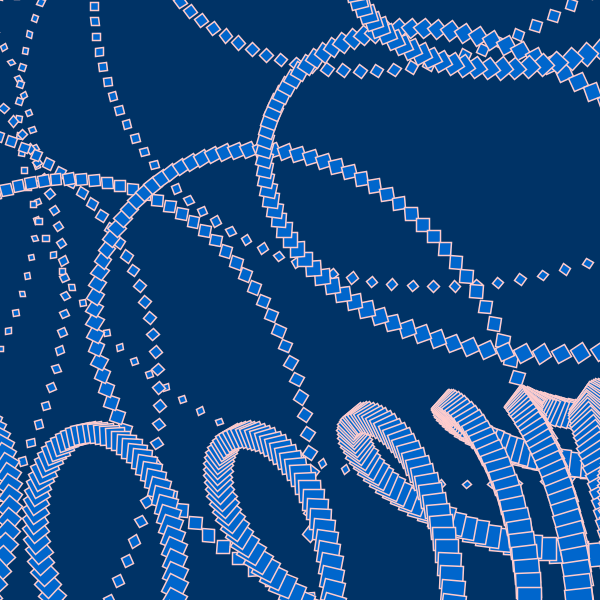 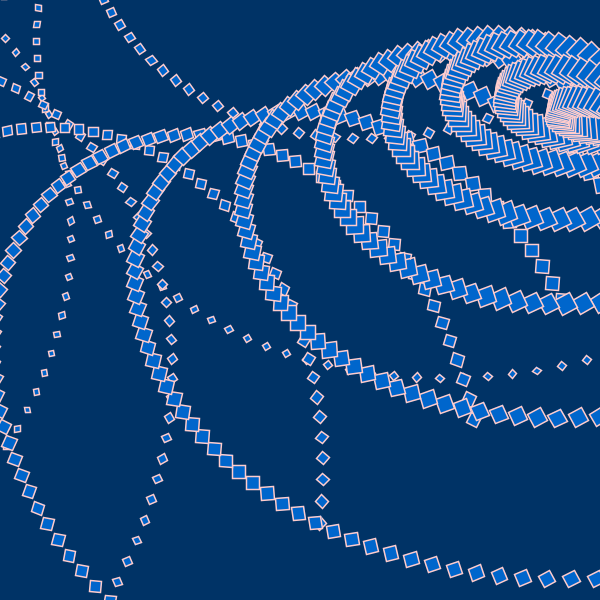 This animated loop began as an undulating sine wave and took many different forms in the process of getting to where it is now. When I sketched out the loop I was intending for the lines to have an elastic quality, so that they would look as if they were being pulled in one direction and then let go. As I began to experiment with different arrangements, I found the rotate function to be interesting. What I ended up with were two rotated sine waves. The easing function that I selected was the PennerEaseInBack. It elastic-quality to the easing, which makes me like to think of the form as a slinky. This loop is completely abstract and combines 2D shapes to create a larger shape that exists in space.

Here are my sketches: 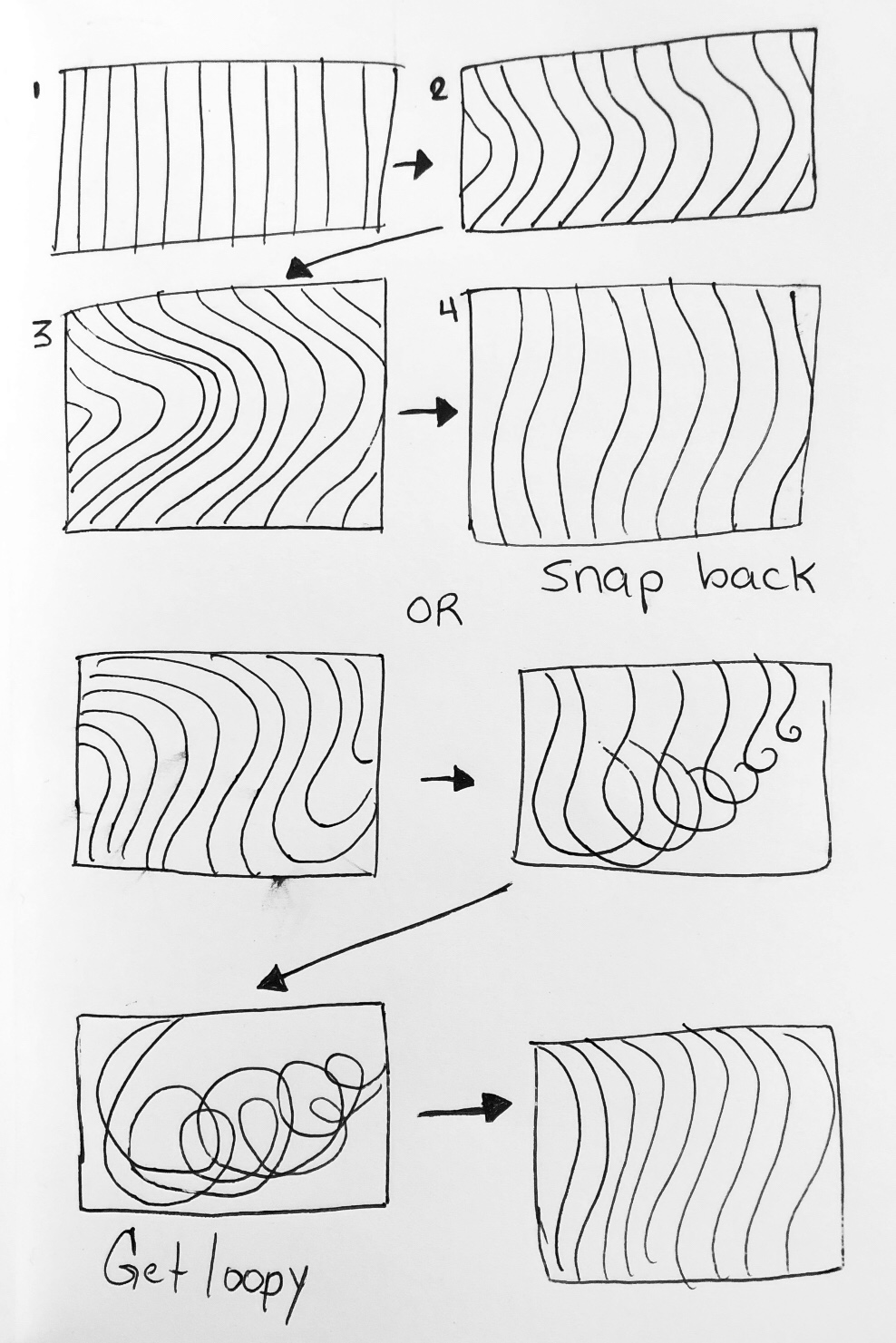 This piece succeeds in its elastic-like movement and ability to create a sense of space. The easing function is a very helpful tool in creating these effects. However, it falls short in a number of ways. From a design perspective, the frame is cluttered and the motion is not so apparent. From a technical perspective, the code is not very sophisticated. I spent a majority of my time trying to figure out how the framework functions and how Processing, generally speaking, works.