According to Warburton, spectacle refers to the type of art that tries new things in the realm of digital media more for the sake of commercial novelty rather than to address issues or discuss implications. Speculation refers to digital media that aims to address possibly some of the oblique areas spectacle art does not however it often is guilty of disregarding the impact of the practice.

As discussed in Friday's lecture about multi-user environments, the nVidia Holodeck project I believe is a spectacle type projects. Although the project utilizes new technology to discuss the how this interactivity is an important element they are advancing, the use of technology and new VR equipment feels novel for the sake of novelty. Essentially, not saying whether or not it was a good project, just simply addressing its commercialization and lack of content brings up a lot of material to talk about. Given these opinions there is definitely a quality of expertise, refinement, and skill that went into making this environment to the quality it is; however, the project seems to lack much depth in regards to discussing any topic along the lines of outsourced labor, supply chains or other gray areas that obviously were an important part of a project of this scale.  Therefore due to the projects innovation, skill, and lack of an overall discussion of theory of digital practice, this project leans more toward spectacle a 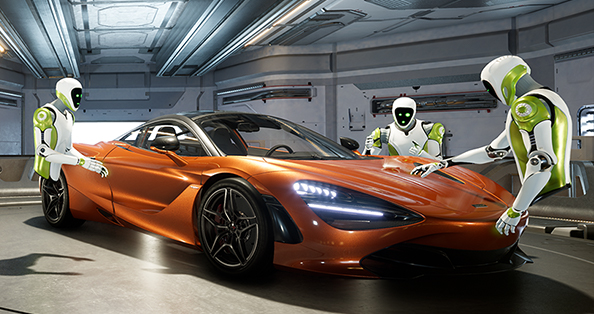