A chandelier with a twist suspended within one of the alcoves in gates.

I've always had the sense that the center helix area of Gates felt a little empty. There is lots of open space and clear architecture but very little character to it. I thought an augmented reality sculpture would be the perfect addition to the place. I wanted to make something that felt classy and modern enough to fit into the aesthetic Gates is going for but also just a little bit quirky. I added the subtle movement of the particles to make the sculpture feel more compelling and catch the viewers eye for more than a passing moment. Overall, I would have liked to do a bit more with this project than I ended up doing, but struggled a much more with Unity than expected.

It works best through windows!

The video texture is filtered by the brightness of the pixel. When the camera faces walls, it automatically bumps up its exposure settings, and you can see through walls!

Cars exploding away from the perspective of the AR viewer. Created with videography assistance from breep.

I have created a surreal parking lot where the cars drift away. The viewer is the center of the parking lot that is infinitely growing in size. Cars normally exist in a parking lot, but they are parked in the lot, not moving.

For my arscultpure I made a snake altar that comes out of a toilet to embody childhood fears. My project stemmed from an irrational fear I had as a child where I was afraid that a snake would come up the toilet as I sat on it. Through this the sense of threat of the toilet snakes only become apparent when the body is present, so I made the snake head appear out of nowhere when the viewer gets closer to highlight the unexpected nature of this hypothetical event. I had a fair amount of trouble with the scaling and placing of my sculpture so I placed an ideal scenario image underneath which is what I had initially envisioned for this piece. 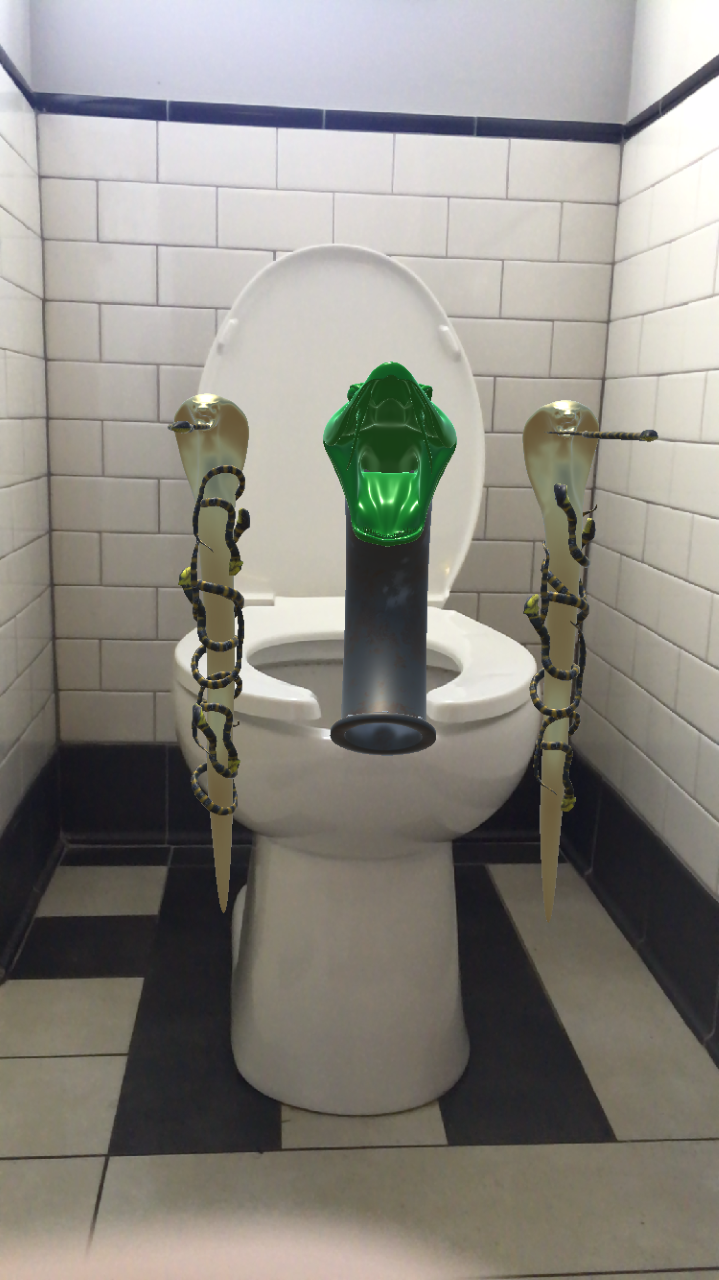 The stone box outside of CFA has a cold.

I originally intended to give the protruding lecture hall on Wean Hall a cold, but this proved to be too much of a challenge to make functional with 8th Wall, so instead, I gave another protruding box with a more reasonable scale a cold. I was looking for objects around campus that suggested to me that they could be heads, and gave one such object a face. Given the weather we've been having recently, I thought this head might be a little cold, and so it might be a bit sick as a result.

The augmented reality app brings a personality to something that previously didn't have one. It turns an inanimate object that often goes unnoticed into a character.

The faces were drawn by hand, scanned, and then animated as textures on a plane with a script in Unity. The sneeze was done with a particle system that is triggered by the same animation script. The plane and the particle system are attached to the box using the photo recognition script in 8th Wall. I took a photo of the flat face of the box and used that as a photo for the script. 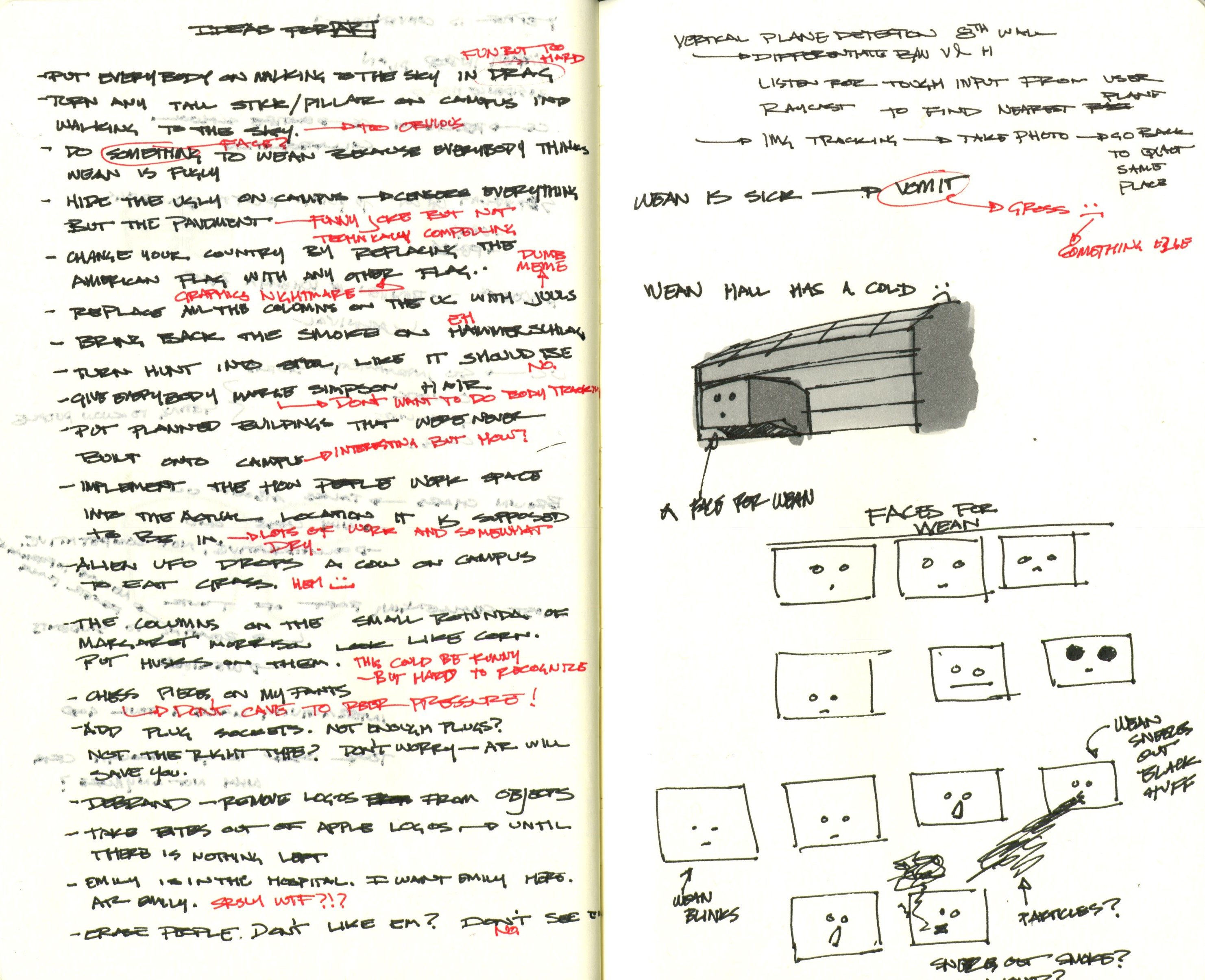 Dinkolas and I worked together on this project. The documentation is on his account.

My AR sculpture is a sandbox world-building app.
Thank you to Clair Sun for helping me a lot with my documentation!

My sculpture allows people to take a world they have built with them anywhere. If I could change something about my app, I would incorporate the ability for people to upload their own models (maybe of their childhood homes, places of importance) and build their own unique environment with them. My object (the tracked drawing) is undoubtedly useless individually, as it is just a piece of paper to uniquely identify a built environment. However, when used with the AR app, it can become of sentimental value. My goal was for people to be able to take their created world easily, and anywhere, almost like a good luck charm.

A Starbucks-specific menu sculpture for improving the decision-making process on what to eat in Starbucks in an efficient and interactive way. 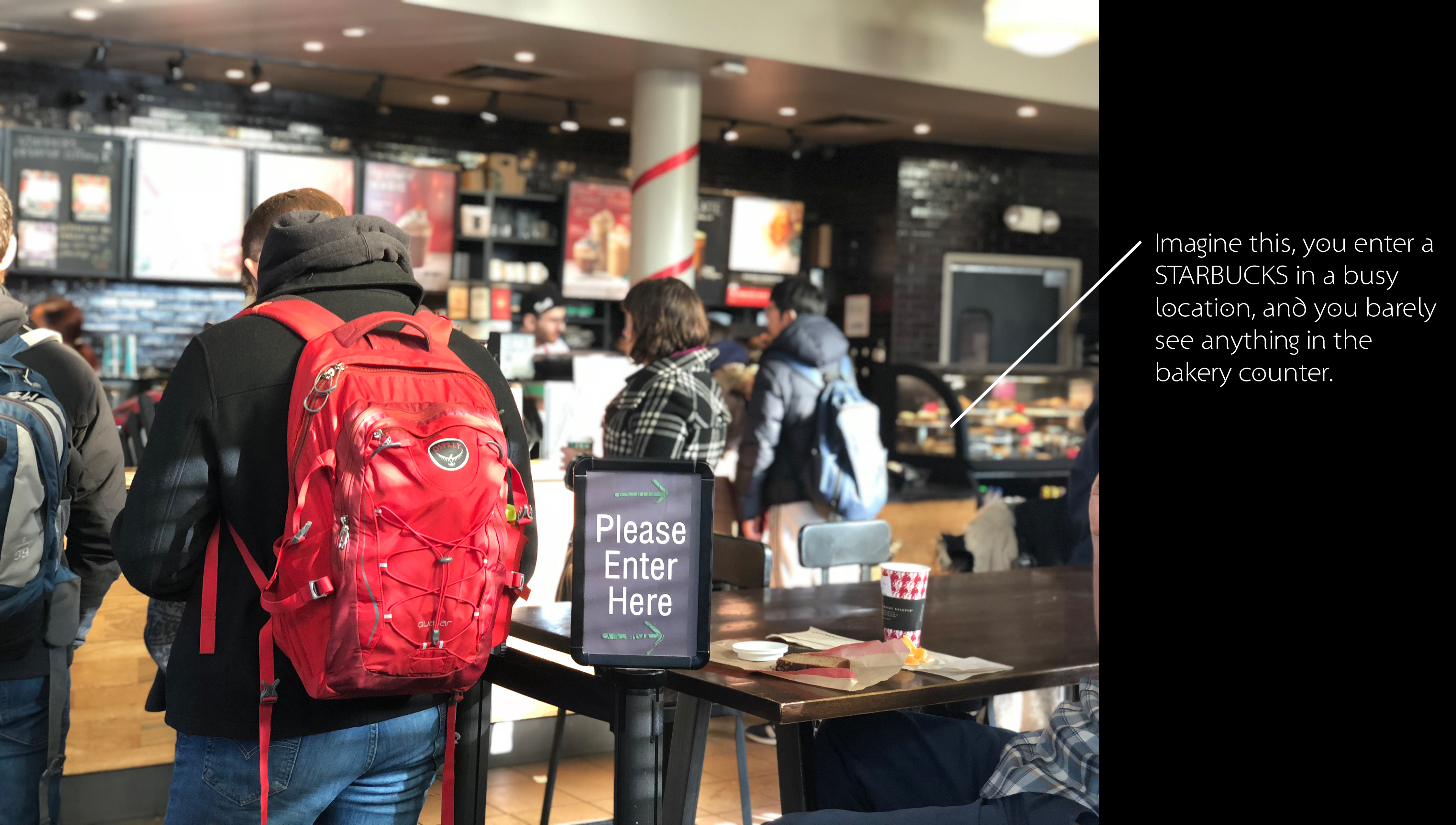 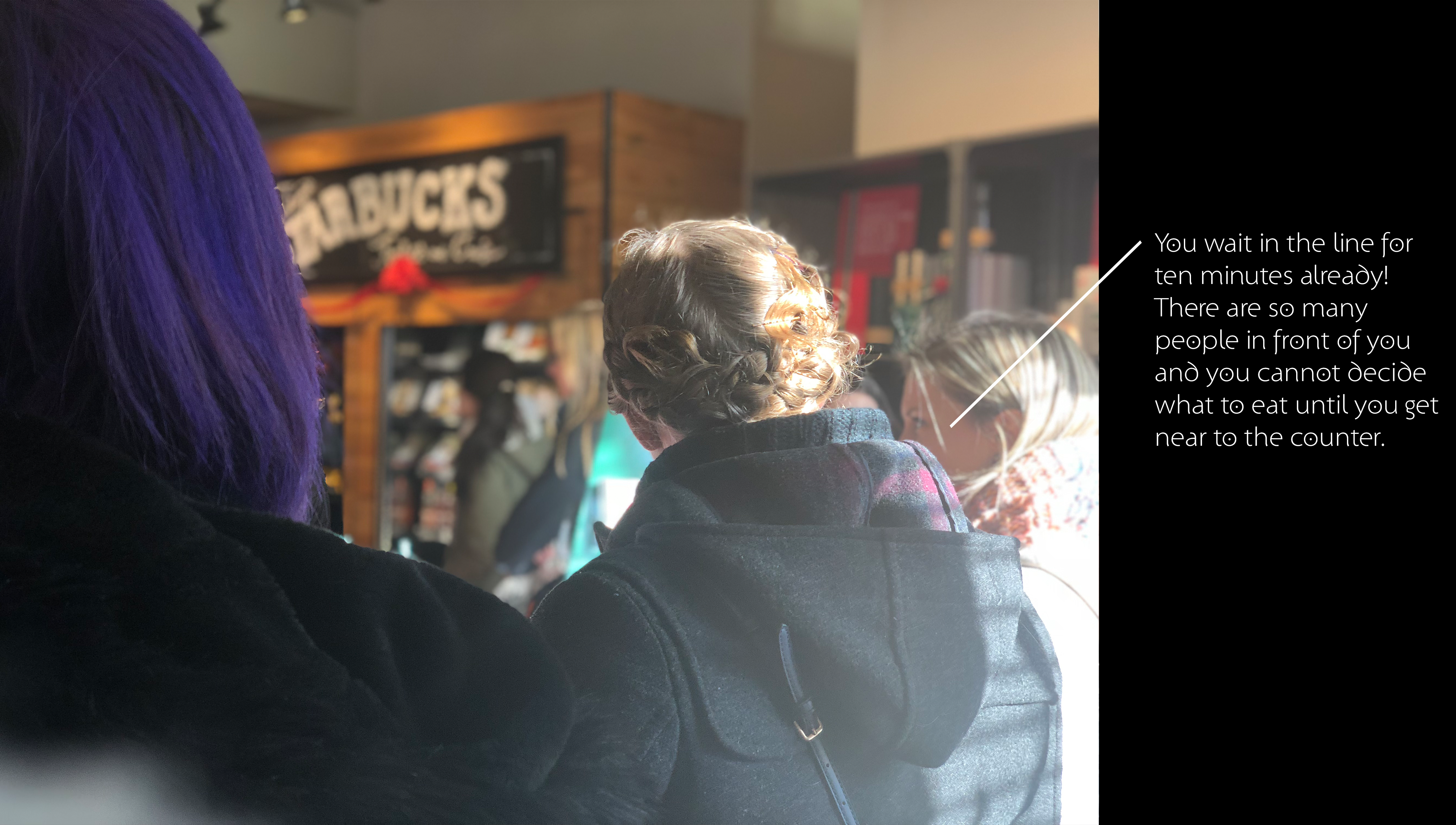 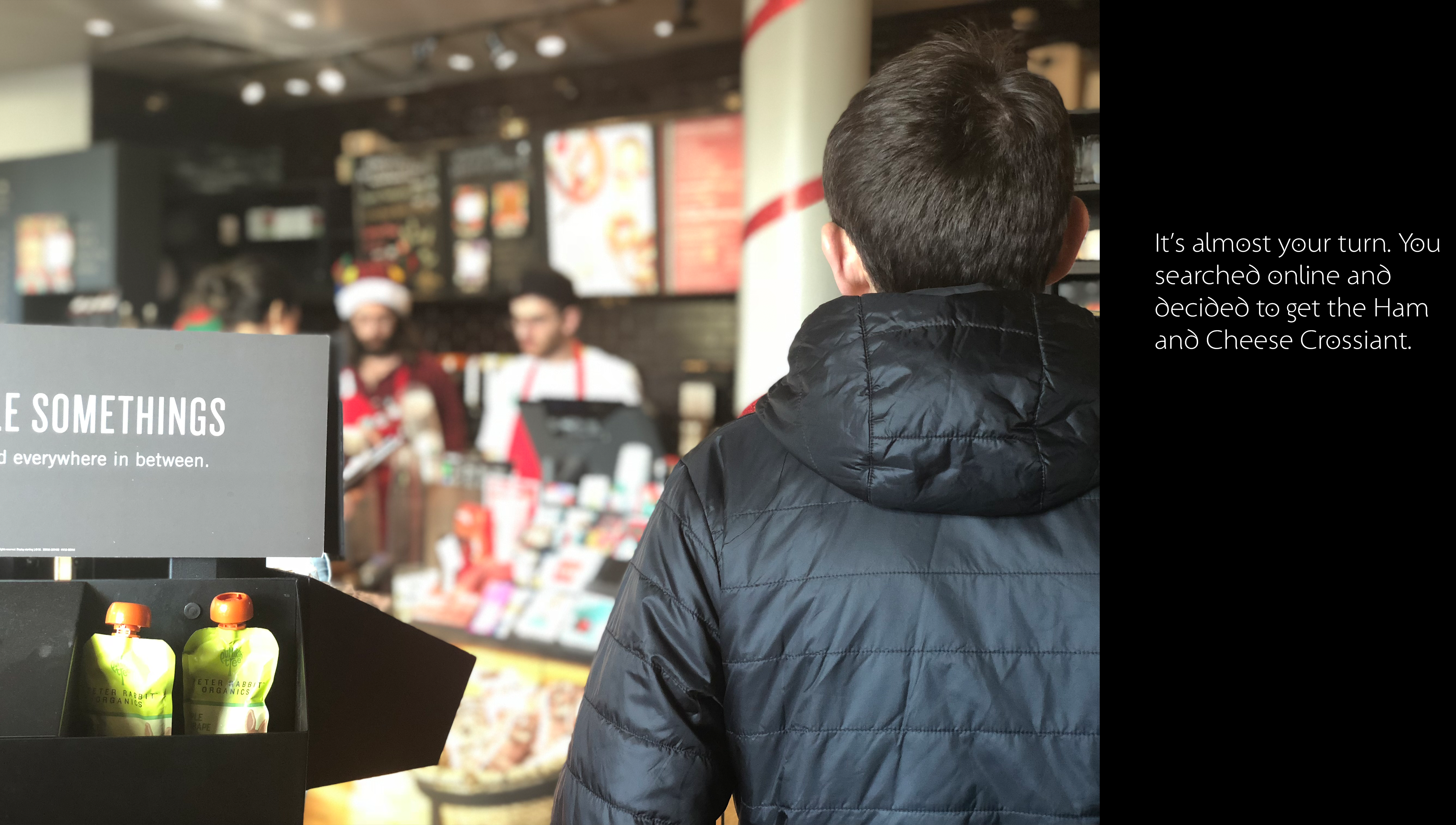 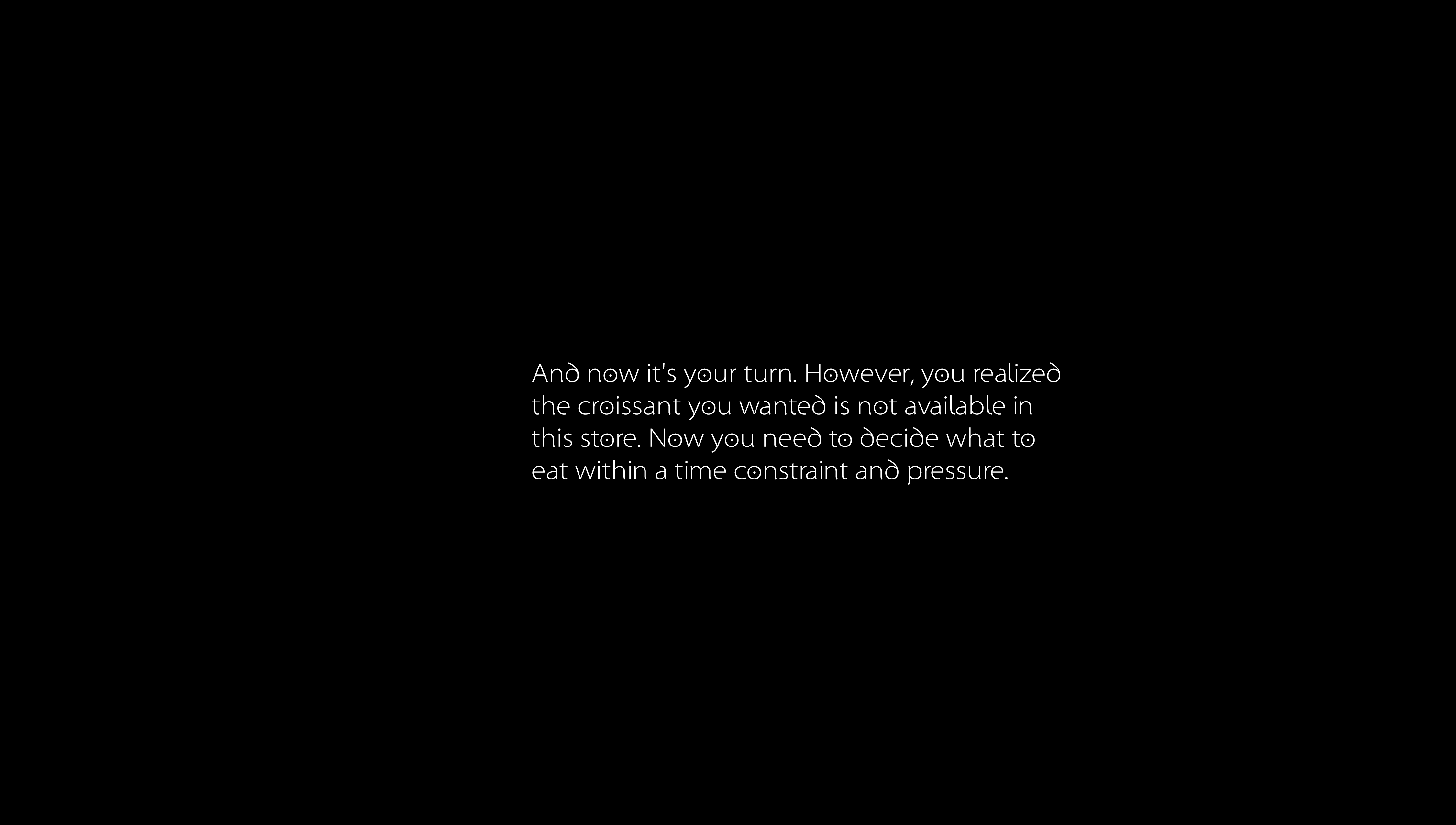 In the AR menu, not only the default items in the bakery counter of the store will be shown, but the holiday special food will also be displayed with their name and price. Moreover, if users want to get a more detailed look of the specific item, they can enlarge them using their fingers. This project is currently a prototype demonstrating the idea. More specific research of the bakery items in different stores should be done. For Starbucks in different locations, the AR menu will get the data and display the currently available item in the specific store. In doing this project, I found models for the bakery items and made the models of the text and price in Blender. Moreover, I incorporated two scripts, one for animating the items to let them rotate and travel in circles, and one for enlarging and seeing the details.  All color and font are consistent with the current color theme and font type in Starbucks. Moreover, the specific items and their prices are also consistent with Starbucks' current market price.

Stair Into Space is an augmented reality multi-floor installation; walk up the CFA stairwell to explore sea, land, sky, and space.

Stair Into Space superimposes a world of many wonders on top of the CFA staircase, and thereby transforms the act of walking up stairs into an exploration of a space from a perspective that would otherwise be impossible. One cannot normally freely move up and down in a space unless there are assisting structures. Our project utilizes existing structures as a means for moving about in an imagined world. Therefore, the viewer exploits the architectural reality in order to see an augmented one.