In this assignment, students in Prof. Golan Levin's fall 2018 intromediate course, Electronic Media Studio: Interactivity and Computation (60-212) were asked to develop a telematic software experience -- "a multi-user, networked environment that allows people to communicate or collaborate with each other in a new way." (More details about the assignment brief are here.)

After the professor's lecture presentation on telematic art, teaching assistant Charlotte Stiles presented the students with a variety of p5.js JavaScript templates for developing shared interactive experiences on Glitch.com. The majority of students are sophomores in the Carnegie Mellon School of Art. The GIFs below link to pages with more information and, in most cases, live embedded sketches.

A chatroom in which the typography changes in response to the content of the conversation.

A chatroom in which messages are spoken by a speech synthesizer -- and broadcast to a dedicated Twitter account. 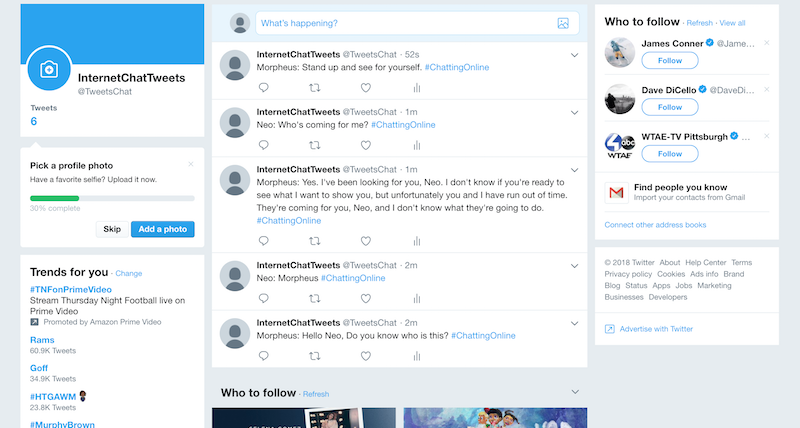 An adaptation of Agar.io with modified, experimental rules.

A chatroom in which messages are corrupted in proportion to their length.

A game of "Telephone" (sometimes called "Chinese Whispers") for random people on the internet, with text, instead of audio.

A game in which each player, represented by a single segment in a multi-segmented line, collaborates with other players to avoid obstacles and reach the target.

Users compete or collaborate to either save or kill the bird(s).

A "telekinetoscope" in which up to 9 participants can communicate through motion, computed from their optical flow.

A kitchen chat room where participants are represented by chairs (a word sometimes used to describe a person who has no purpose).

A "custom emoji creator" in the style of a collaborative dress-up game.

"A chatroom for incoherent CB radio nonsense", in which messages are translated into trucker lingo.

A collaborative drawing game in which users must not intersect the drawings of others. 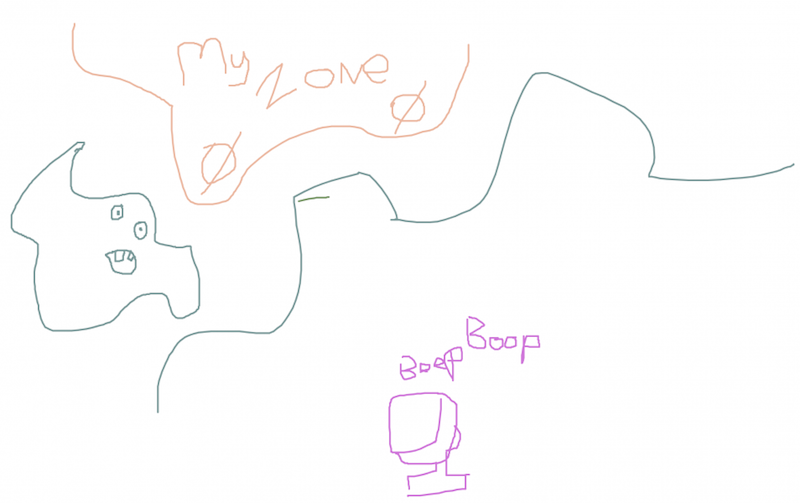 A multiplayer face-tracking game with a special surprise.

A multi-user environment in which users sense each others' presence through their combined influence on a shared collection of particles.

Collectively create a text based collage.

A design for a collaborative bridge-building game.

A simple interactive environment based on the idea of being together with someone even though you cannot see them.

An interactive game in which players collaboratively tug a springy structure in order to reach their own individual targets.

Trace/sketch from your webcam. See webcam sketches from other people. Can you understand where they are, what they're doing, what they look like from their tracings? 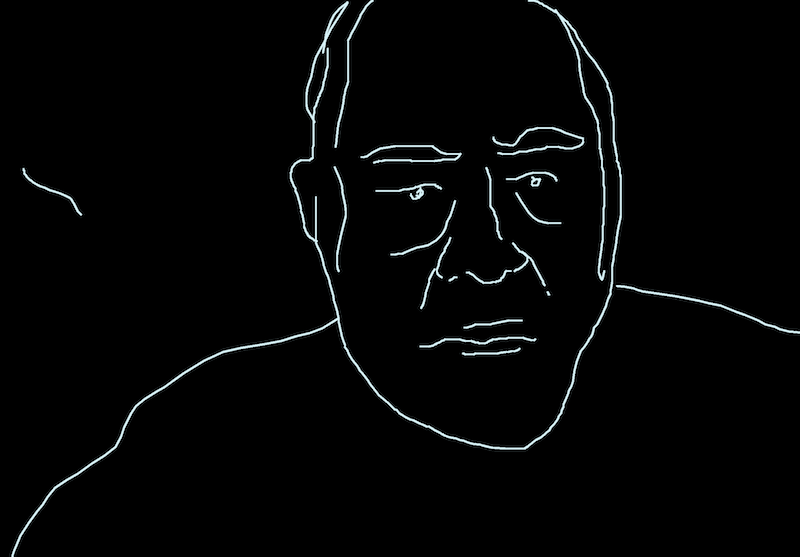