(you will probably need to open the app in a new tab to allow webcam permissions, and as far as I know it only works on google chrome.)

My telematic environment shows the optical flow of up to nine users in a square grid. I used oflow.js to find optical flow, and also started with this template that Char made using p5.js and socket.io.

Some things that I appreciate about optical flow after doing this project are that 1) it allows more anonymity than a video chat,  and 2) it focuses on expression through movement (change), so nothing will show if you stay still. At times I was worried that the user wouldn't be able to distinguish optical flow from just a pixelated video, but I think that by staring for a bit it becomes apparent that your movements are being tracked.

Something to note with this project is the lag. It can track the optical flow of the user at a fine rate, but transferring all of the flow data takes a while and makes the other squares become choppy. They play about one second behind in time (in the example above you can see that the orange user moves much more fluidly than the others). Since the project was meant to be synchronous, ideally this wouldn't happen, but I think it has an interesting and slightly spooky effect.

Honestly, I struggled  with ideas for this project and I wish the final product involved more communication between users. My initial idea was to overlay the feeds on top of each other so people could collaboratively "draw" with their motions, but that was too messy and difficult to discern what was going on, which is why it is a grid now. I also tried having instructions appear on the screen for every user to follow (such as telling them to freeze, or wave at each other), but I removed that since it felt disruptive. Although I like the appearance of the uniform squares, it is a bit of a letdown that they are just 9 independent boxes. 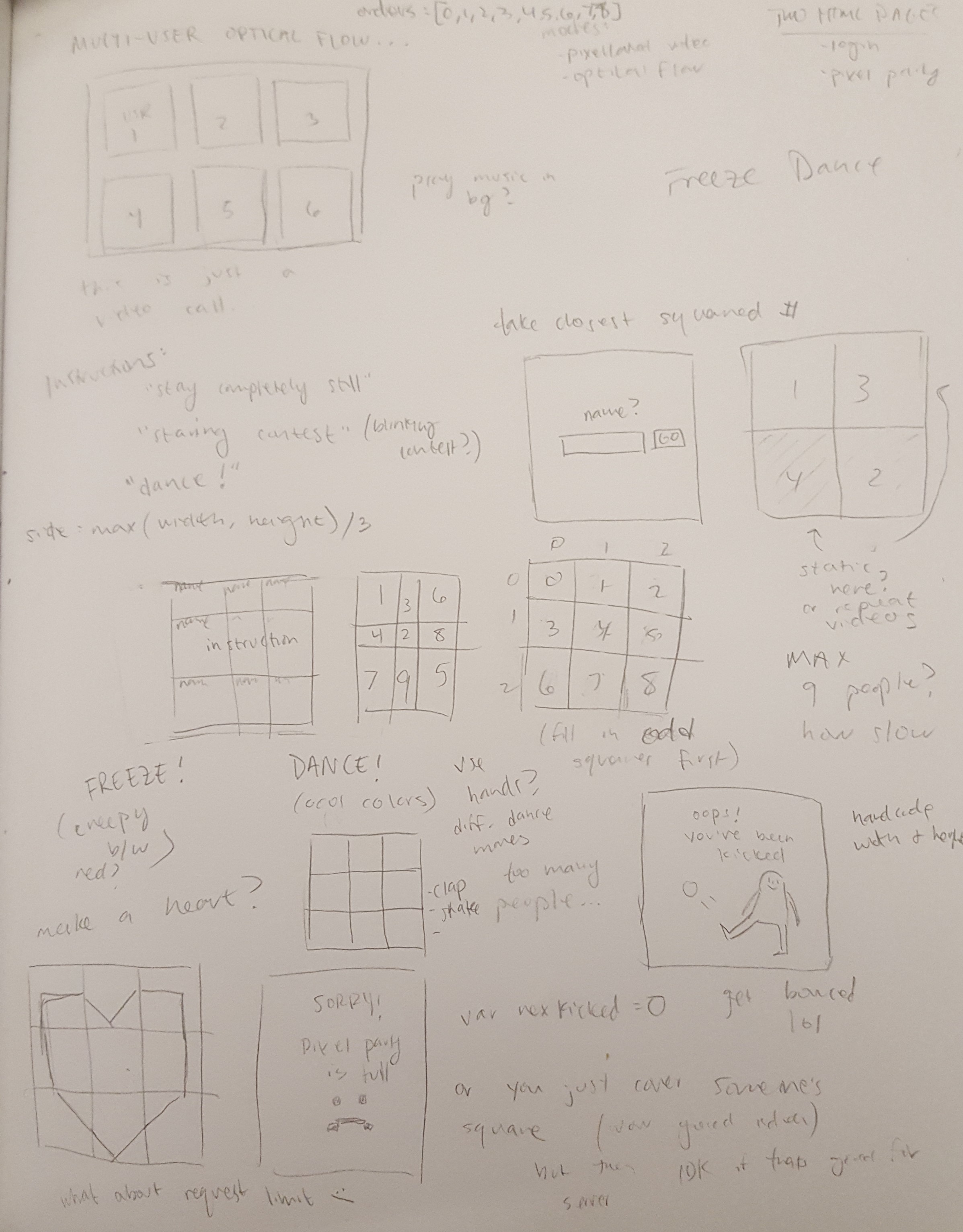 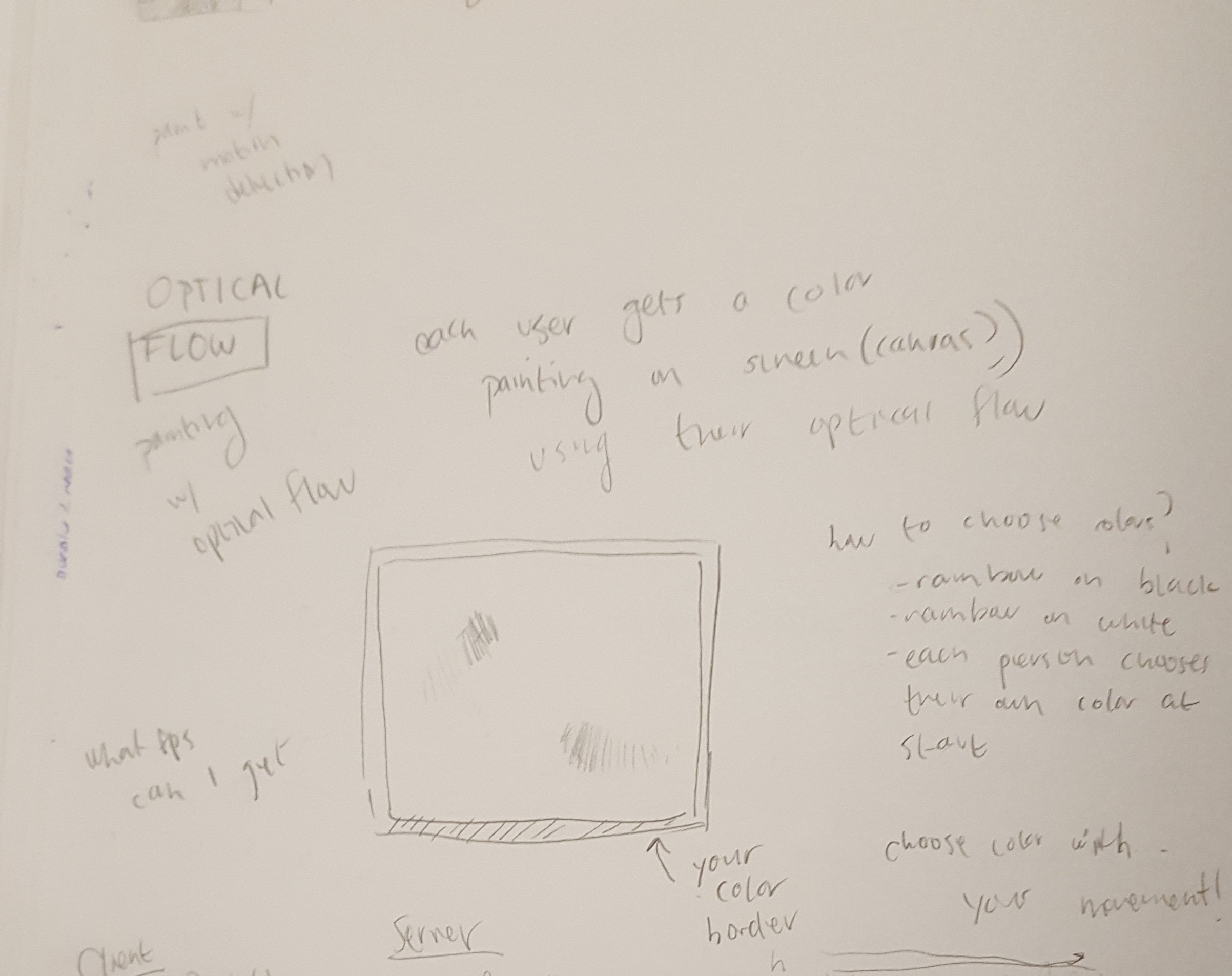 Thank you to Char for the templates, and Golan for the project title!