Universal Everything's Walking City (2014) is mostly spectacle. The piece explores the methods of animating the walking motion and the transitions between the methods. The character's motion is constant and continuous. The character does not exhibit any emotion and is walking toward nothing. The background is blank. The purpose is to show the animation skill, not display a meaning.

The piece leans toward acceleration, is it shows off a new technical boundary of animation. The piece is very visible, as it very clearly shows what it is demonstrating. It is surplus, as it is useful for future work but useless from a conceptual standpoint. It was created commercially as a technical demonstration of the studio's ability. It shows only function. 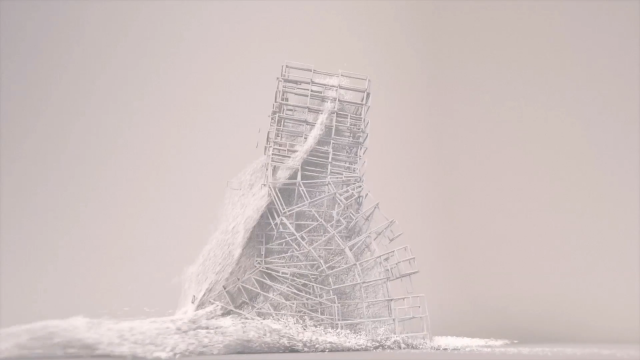