In response to the attack on the Tree of Life Synagogue in Pittsburgh, PA, I created a book to show the absurdity of antisemitic sentiments. When I attended religious school at my synagogue many years ago, the Anti-Defamation League (ADL) would visit and give talks on antisemitism and how to identify it. These never really resonated with me, as I had never experienced any antisemitism beyond bullying at school or playfully-intended stereotyping. This incident was the first time I had experienced someone who really did not like my people.
First, I searched for antisemitic data. This involved an email to the ADL (who have a giant database of antisemitic Tweets), a post on 4chan, and lots of Twitter scraping. I settled on scraping Twitter for tweets with the exact phrase "Jews are." This captures only generalizations about the Jewish people. Tweets consisted of antisemitic remarks and responses to antisemitic remarks. I then filtered out tweets pertaining to Israel or certain people (ex. Soros); those issues can be polarizing and deviate from my goal of showing that making generalizations about an ethnic group is absurd. There were very few Tweets about Judaism as a religious practice. All of the Tweets pertained to how the Jewish people fit into the world.
Next, I gathered a list of ethnic groups from Wikipedia. I replaced each instance of "Jews are" in the Tweets with a random ethnic group. I showed the modified text on the the adjacent page, where the "Jews are" side is black with white text and the opposite side is white with black text. I think that it becomes more absurd and in some cases more relatable.
Lastly, I ordered the tweets by the first word. I start with "Jews are." The first few first words after that are ordered by incresingly narrow generality: "all," "American," "some," "only," "these." Next, I try to create logic with the order: "because" tries to answer a question in "how" and "but" tries to make an exception in "because." I finish with "You" and a colophon. 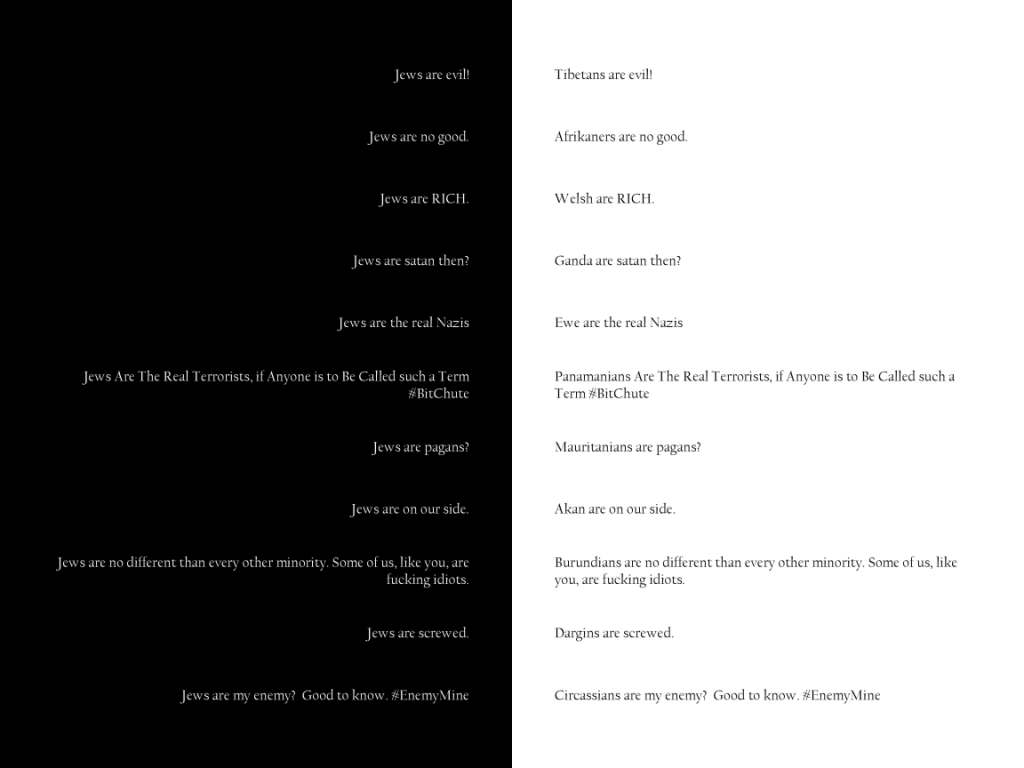 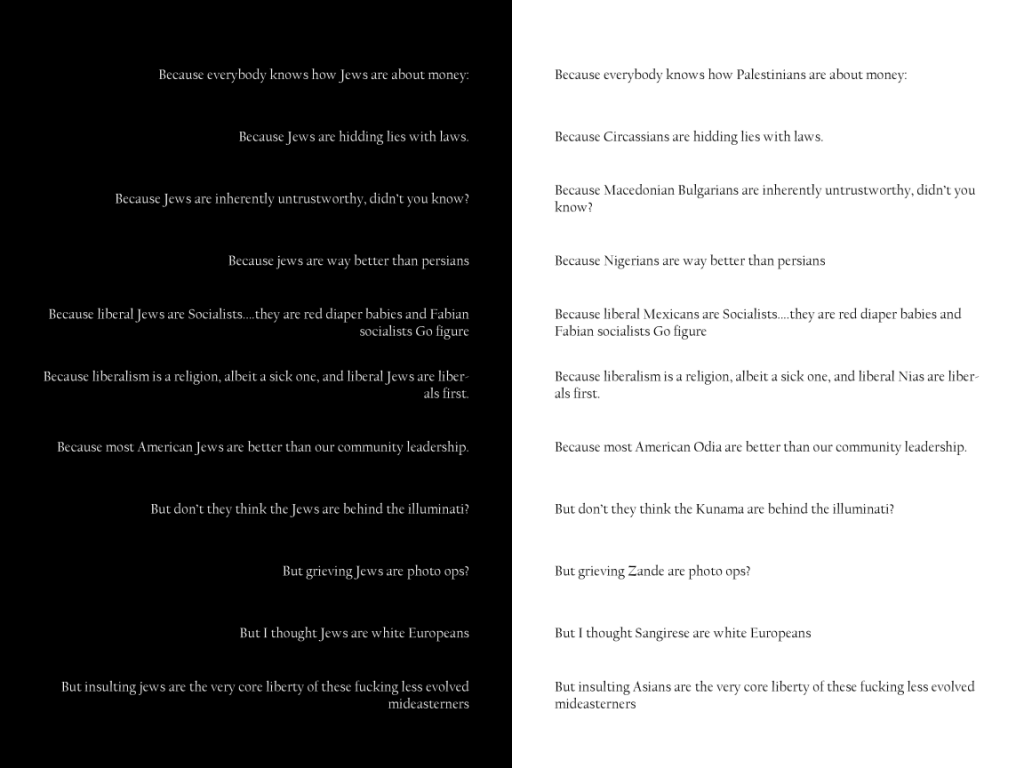 The code for this project consists of more than a dozen files (full NodeJS project with compilation, Python scraper, BasilJS jsx, etc.), so I have compressed it into a ZIP file:
sapeck-07-book-code.zip