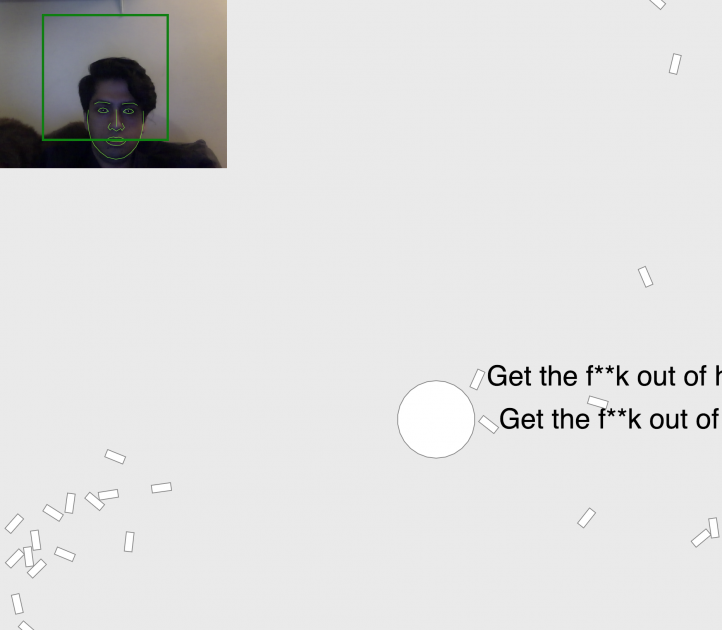 I wanted to create a project that used some kind of gaze tracker after I had seen a simple experiment using a webcam published on the chrome experiments page. I also loved the idea of a project that purposely avoids being seen!

My initial idea was to create a simple 2D platformer where players own ability to look at their own character would be hindered by a massive physics repulsion from their own gaze, making jumping, running, etc. much more difficult. I created simple flying rectangles that were planned to be enemies/obstacles that were also disrupted by gaze.

However, after some initial experimentation, I became fascinated by the behavior and visual nature of the simple system. I found that the small beads took on their own life and seemed to squirm away whenever they were put into the microscope. Rather than force them into the platformer, I gave them a small voice to portray their anger at being observed.