I’m not sure yet what my project will be about, so I have found projects related to two different directions I am considering.

This is not an art project as much as a technical experiment, but it’s similar to something I am considering involving streaming a camera feed to a VR headset. Here, the user wears a backpack with a stereoscopic camera mounted a few feet above them. They wear a VR headset that displays what the camera sees, and controls the camera with servos based on the headset’s position.

This gives them a videogame-like 3rd person perspective of themselves and the world. I find this idea very interesting, because I often see myself in videos and in my memories as different than I do in the moment, and because people behave differently when they can see themselves (like in mirrors) than when they can’t. I’d be curious as to how people feel about wearing this, and how it affects their interactions with people (besides the obvious effects of wearing a backpack and VR headset around…).

I’m not sure these people were interested in those questions (and from this video, I’m not sure they even got their idea fully working), but I love the concept and it’s a really cool technical experiment too.

For my second project, I wanted to go really old-school, or at least more analog than a lot of the web-based telematic artworks we’ve been looking at. “King’s Cross Phone-In” is a performance art piece (kind of a flash mob) orchestrated by Heath Bunting in 1994. He posted the numbers to the public phones in King’s Cross Station on his website with the following message: 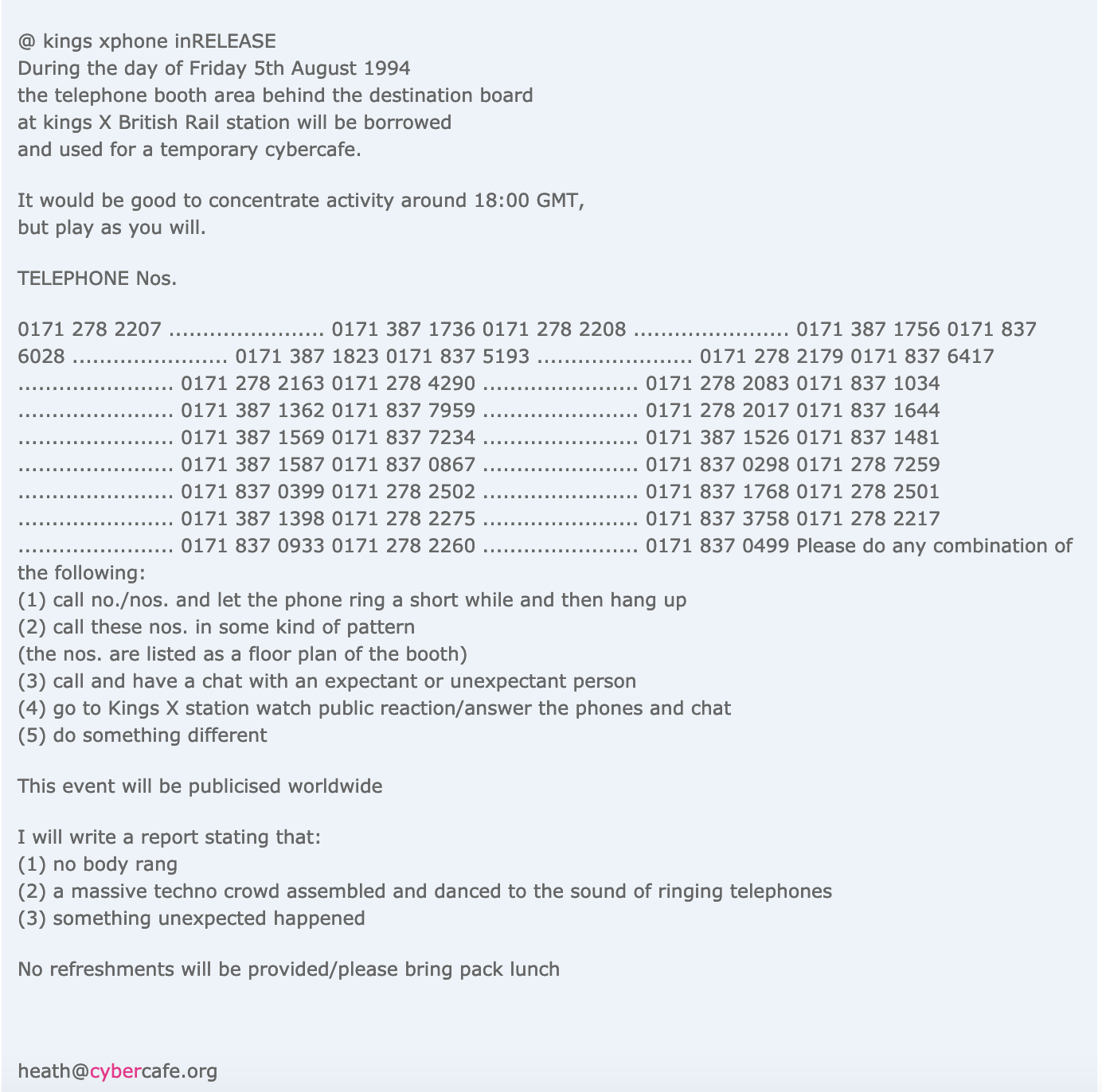 At the specified time, the station was flooded with calls, causing an orchestra of phones ringing. Bunting spoke with several people on the phone, as did many people in the station. Others didn’t know how to react. People were interacting with strangers from different sides of the world, and (maybe I’m imagining the whole thing rather romantically) it must have been a really beautiful experience, demonstrating the power technology has to connect people before smart phones with wifi took over the world. Bunting did a lot of early internet art projects that I really like, but I especially appreciate this one’s use of a different technology–landline phones–to bring the artwork out of the net and into real life.