The goal of my project was to capture the entire length of Baum Blvd. and present it in a single image. The image is about 41 feet long by 4 inches printed. It’s dimensions are 150454×1200 pixel’s. The aspect ratio is about 125.

Baum Blvd exists between, through, and across many different neighborhoods in Pittsburgh. Some sections function metaphorically as a living timeline of the history of the city while other sections truly represent the living and always evolving city as it changes. Portions are always under construction and from one end to the other, a mere 1.6 miles, you will find a little bit of everything.

Pittsburgh is often talked about via neighborhoods. “Shadyside”, “Easy Liberty”, Bloomfield”, “Oakland” and so on all have their own charms, their own ideas, their own subcultures, their own image – in conversation at least as much as in reality. They are at best, geographic regions and at worst, damaging stereotypes. I posit these labels can do harm. Underneath the labels, the images, of the neighborhood is a city both simpler in it’s humanity and more complex in it’s construction. By presenting Baum Blvd. captured in a single image, I hope to challenge the language that so often dictates how we conceptualize this city. 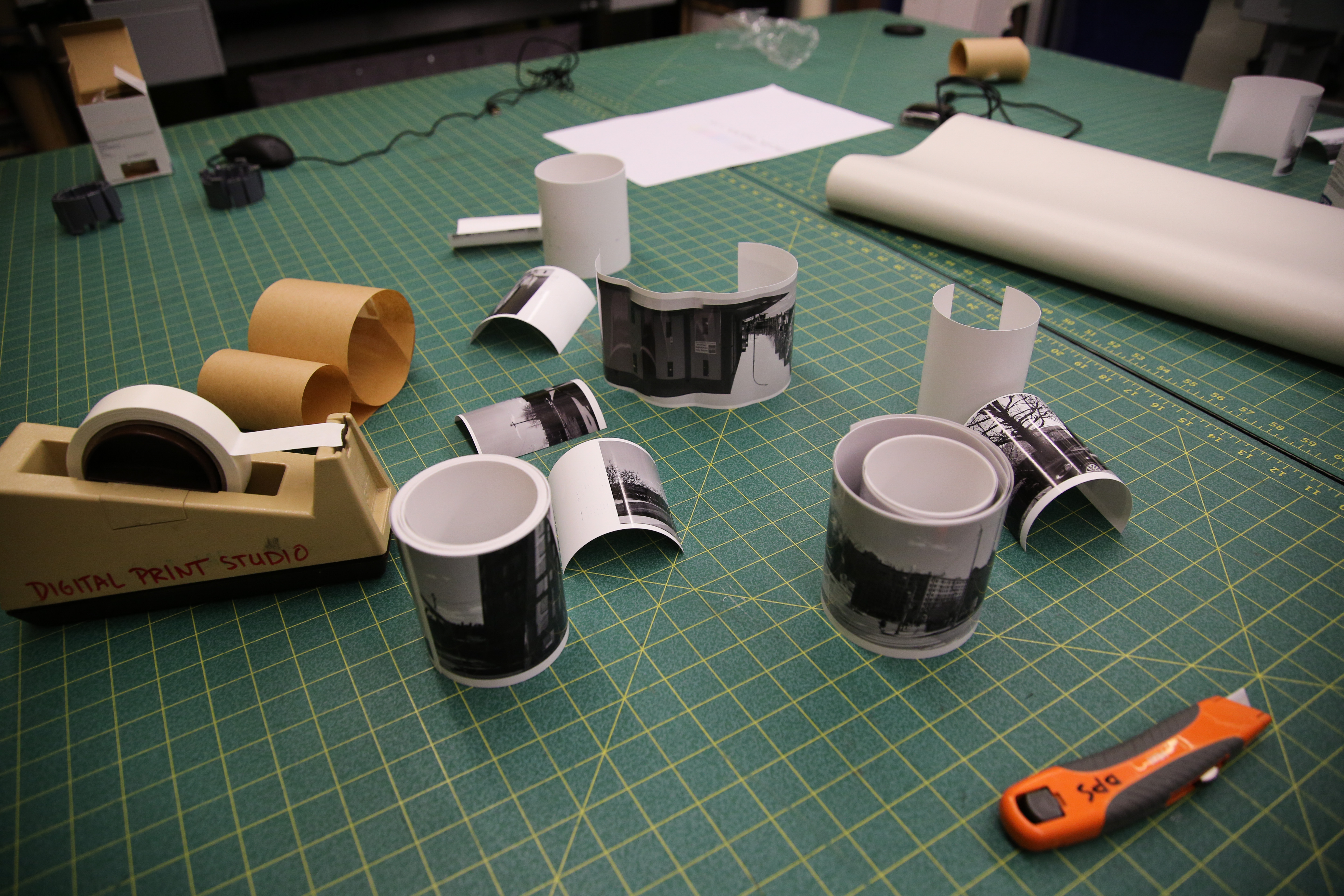 I took over 800 images, about one every 10 feet or so, down the 1.6 miles of Baum Blvd. I used Kolor Autopano Pro to take chunks of the images, usually between 3 and 26 at a time, and stitch them together. I then assembled these in Photoshop. I focused on editing to achieve a smaller number of apparent stitches, as opposed to editing the “worst” stitches to be less noticeable. Where the stitches function well, you will not notice. Where the stitches fail, it’s very apparent. 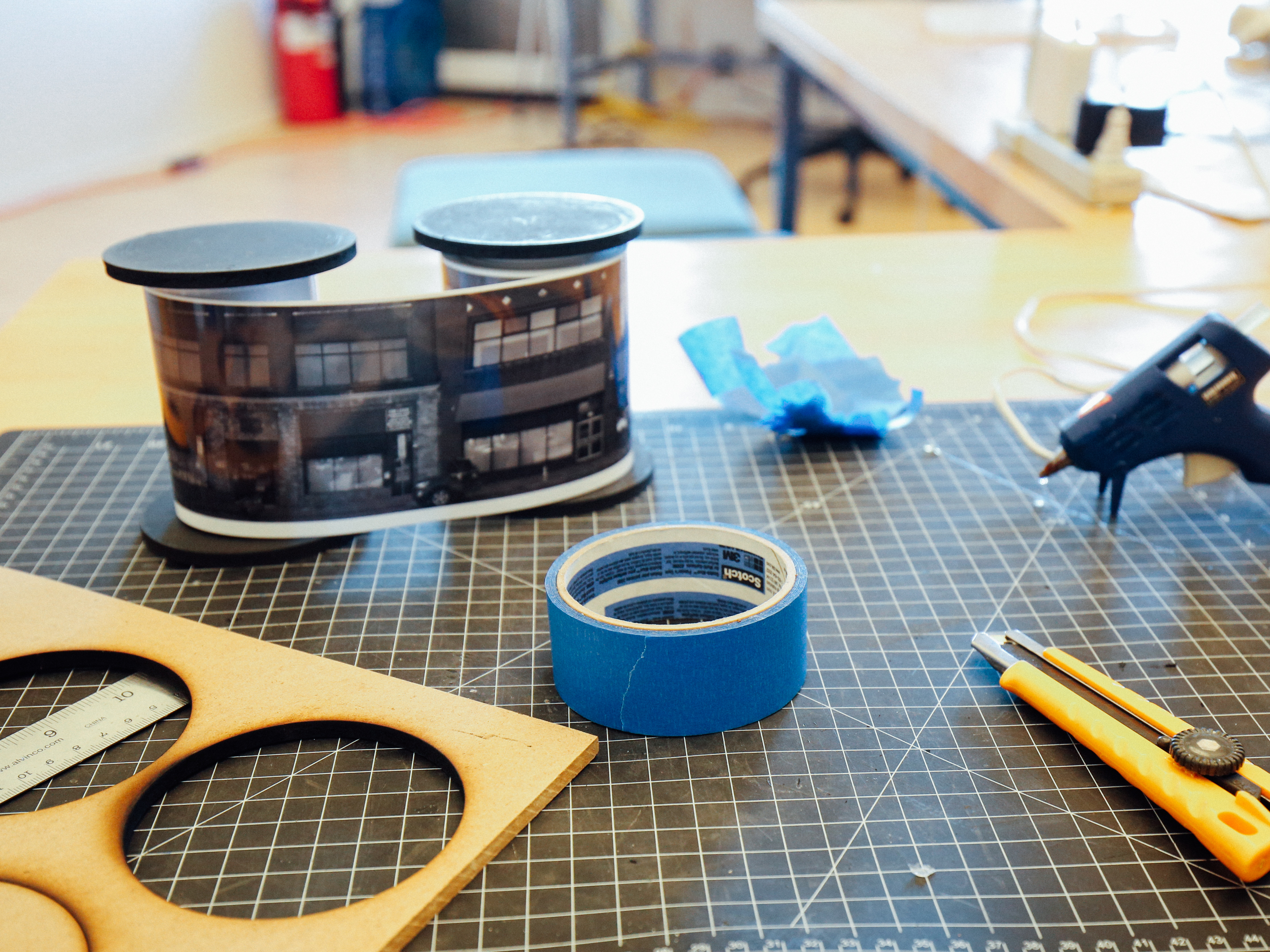 I laser cut a simple scroll for ease of storage and viewing. I wanted no accidental religious connotations (this is not a document to be revered) so I did not craft handles and tried to make the scrolls as simple, unobtrusive, and unnoticeable as possible.

For the curious, below are some of the failed stitches. 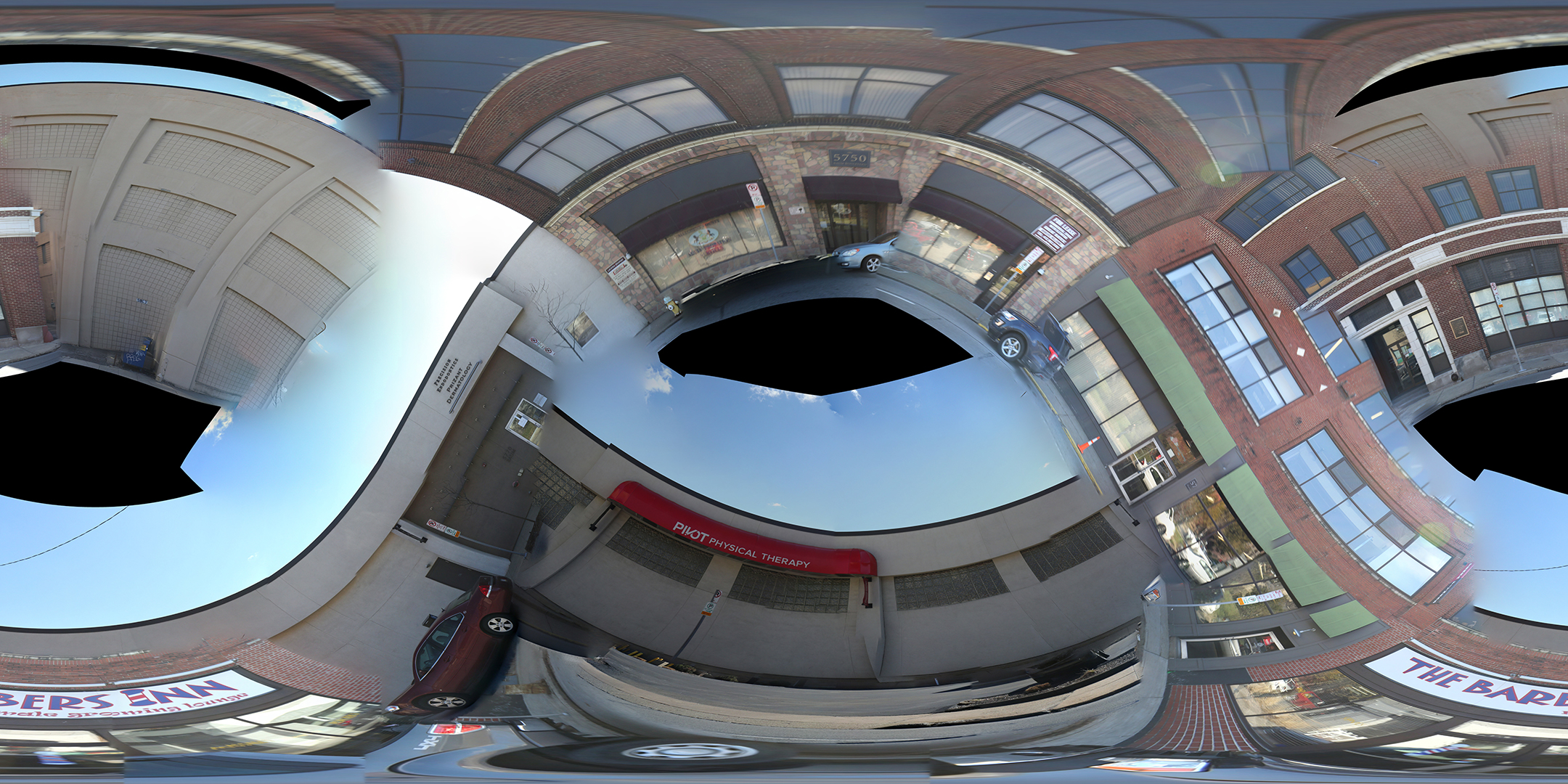 Below is a side-by-side comparison of the software’s automatic attempt, left, and a manual intervention, right.

Refinement to the stitches involved selecting different sub-images to stitch, deleting “bad control points (trying to keep those that lied on building facade’s at the cost of the quality of the road), and manually rearranging images. Smoothing of building edges and such can be done in Photoshop as well. It’s important to note that these are impossible images, and there is no “correct” version.

One thought on “fourth-place”