For my place assignment, I was really inspired by the long exposure photography from various artists that Golan showed us in class. The concept behind my idea for this assignment was to capture a stationary location such as a building in a unique way. Several works shown in class featured people capturing simpler renders of objects such as letters, or the wifi bar graph. I wanted to explore the boundaries of how accurate of a light hologram I could render on a camera. Aside from not even knowing the possibility of this form of photography, some other unknowns I faced were not even knowing what settings to use for this type of photography, how to capture it effectively, and what editing methods to best bring out the picture. After countless failed pictures, the one featured below was probably one of the better ones. It features the layout of the Software Engineering Institute office building located a bit off of Newell Simon Hall. 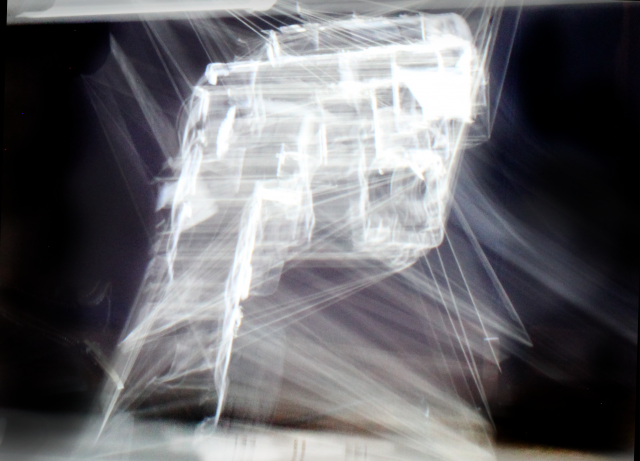 For the capture, everything sort of presented itself out of convenience (I had to get more tangible goals to get the project done in an effective time frame). I’m currently working on a nonrelated HoloLens project, so I had a decently detailed 3d mesh of the building I worked in. I knew what kind of long exposure photography I could get from simpler lights, such as just rectangle subsections in the Dentsu London’s video or the LED light strips from the wifi strength visualization project. I wanted to explore what kind of resolution I could get from more precise objects, such as a room mesh. Obtaining the mesh wasn’t too bad. Microsoft Hololens has a lot of support for extracting the AR mesh. Next, I imported the room into Blender, which I found a very suitable app to find the room subsections. 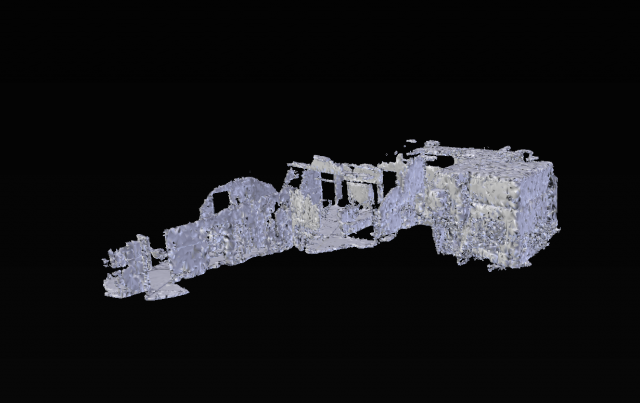 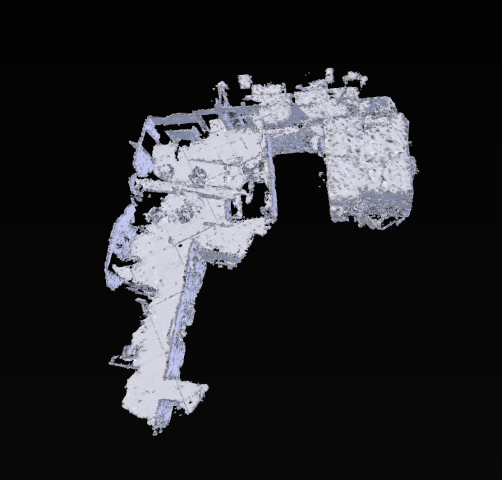 I used a blender method called “boolean intersections” where I intersected the object with several thin planes going in both the x and y-direction: 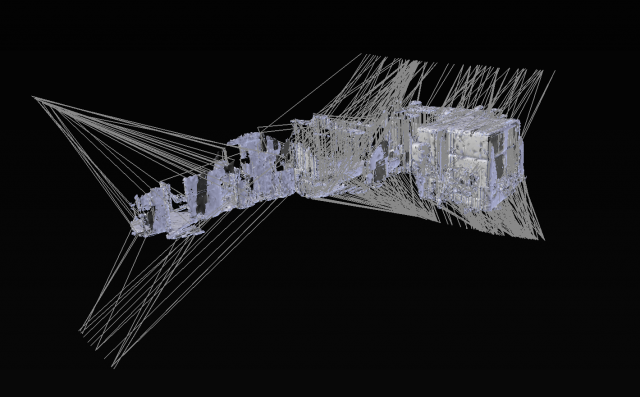 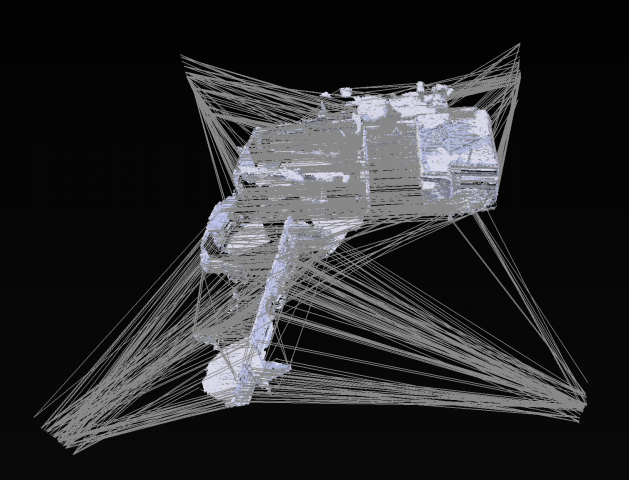 With these subsections, I made an animated gif in both directions:

Which I then imported onto my iPad, and I dragged around space. Overall, the project took me a long time, as this was one of my first projects (lol) that I couldn’t resort to coding, and I had to learn new hardware and photography techniques.

In terms of reflection, I’m quite proud of what kind of photos I obtained, however I know there’s a lot of room for improvement in my handling of the photography. I’ve also learned a great deal about perspective and which angle to take photos of the subsections. I feel like my project successfully conveys the 3d aspects of the room mesh in a unique form of photography. Ideally, I would have liked the images to be more stable and have higher resolution, so that they could look even more accurate.

Side shot from another angle: 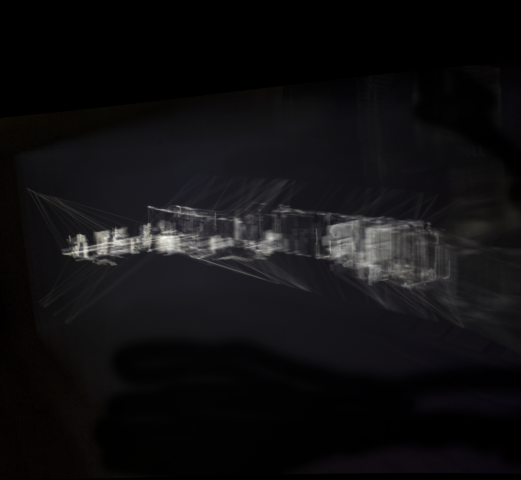 Not the cleanest shot ever, but it captured a decent bird’s eye view of the building. 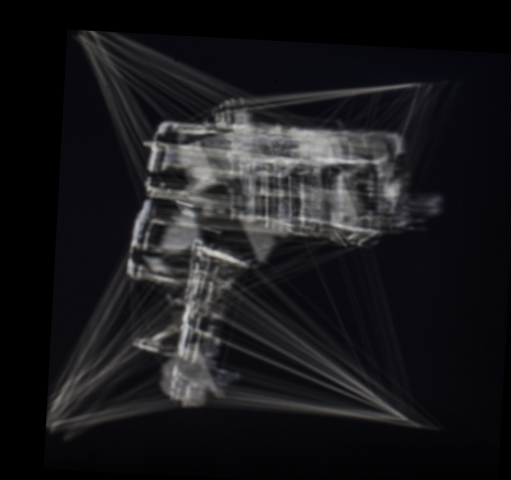 In hindsight, I definitely undercut the potential of this project for picking such a commonplace location to map. I should have utilised this capture method on a much more impactful or meaningful location, other than the inside of workplace building. On a brighter note, however, I was quite pleased with how accurate my images ended up turning out. Since I started this project with virutally no knowledge of photography, I felt like I learned alot from this project.