The goal of creating Beats Tree was to adapt the idea of an exquisite corpse to musical loops. The first user creates a tree with four empty bars and can record any audio they want in those four bars. Subsequent users then add multiple layers on top of the first track. More and more layers can then be added, however, only the previous four layers are played back at any time. The reason why these are called “trees” is because users can create a new tree branch at any time. If the user does not like how a certain layer sounds, they can easily create their own layer at that point, ignoring the already existing layer.

Beats Tree is a collaborative website to allow multiple users to create beats together. Users are restricted to just four bars of audio that, when played back, are looped infinitely.  More layers can then be added on top to have multiple instruments playing at the same time.  However, only four layers can be played back at once.  When more than four layers exist, the playback will browse through different combinations of the layers to give a unique and constantly changing musical experience. 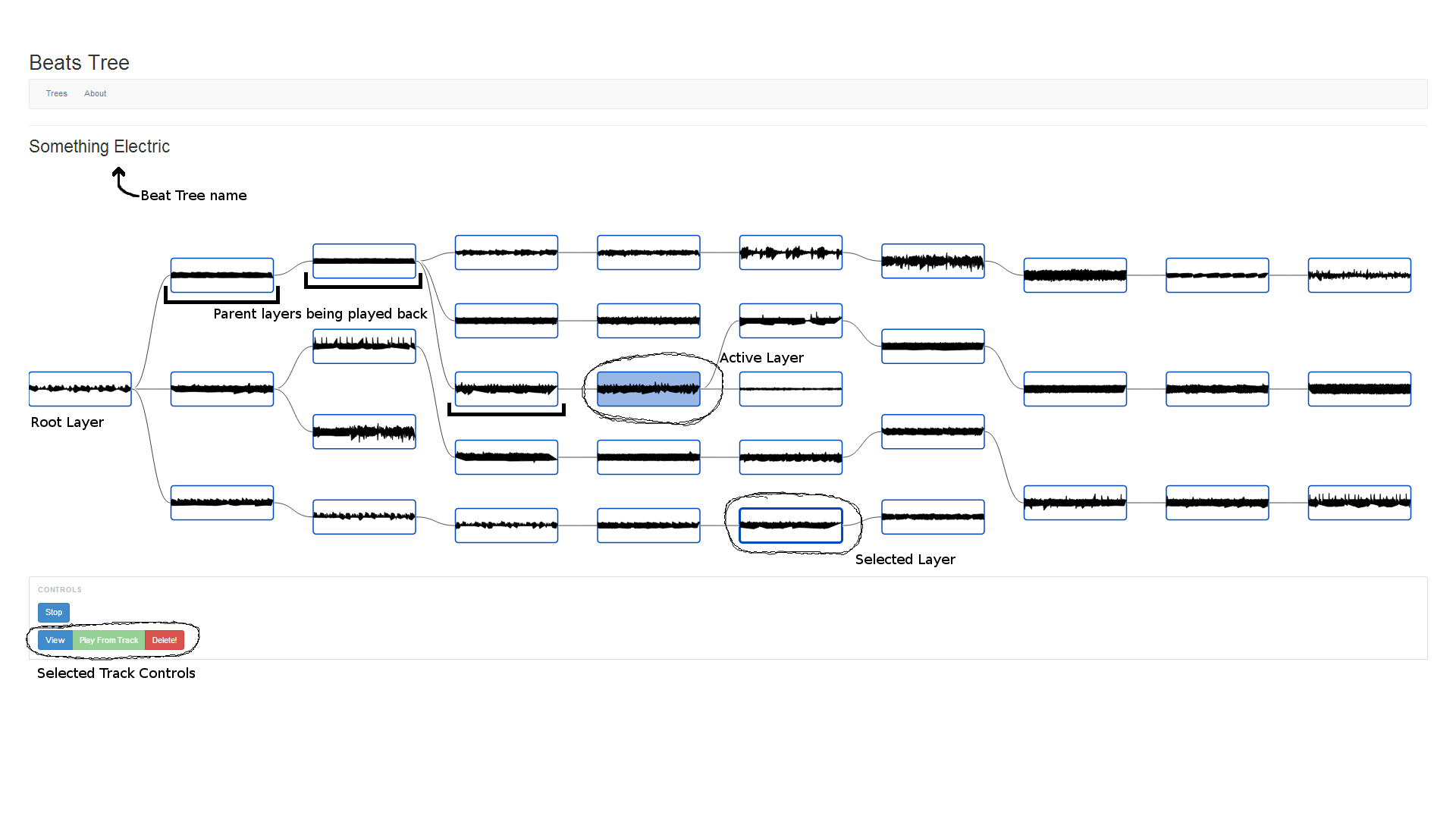 When a tree has enough layers, playback will randomly browser through the tree.  When the active layer is finished being played, the playback will randomly perform one of four actions: it may repeat the active layer; it may randomly choose one of its child layers to play; it may play its parent’s layer; it may play a random layer from anywhere in the tree. When a layer is being played back, its three parents’ layers, if they exist, will also be played back.

Users can also view and playback a single layer. Instead of randomly moving to a different layer after completion, it will simply loop that single layer again and again, with its parents’ layers also playing.  At this point, if the user likes what this layer sounds like, they can record their own layer on top.  If they choose to do so, they can record directly from the browser on top of the old layer.  The old layer will be played back while the new layer is recorded.

The inspiration for this project came from the idea of an exquisite corpse. In an exquisite corpse, the first member either draws or writes something then passes what they have to the next member. This continues on until all members are done and you have the final piece of art. The main inspiration came from the Exquisite Forest, which is a branching exquisite corpse based around animation.  Beats Tree is like the Exquisite Forest, but with musical beats layered on top each other instead of animations displayed over time.

Here are some sketches / rough code done while developing this application. 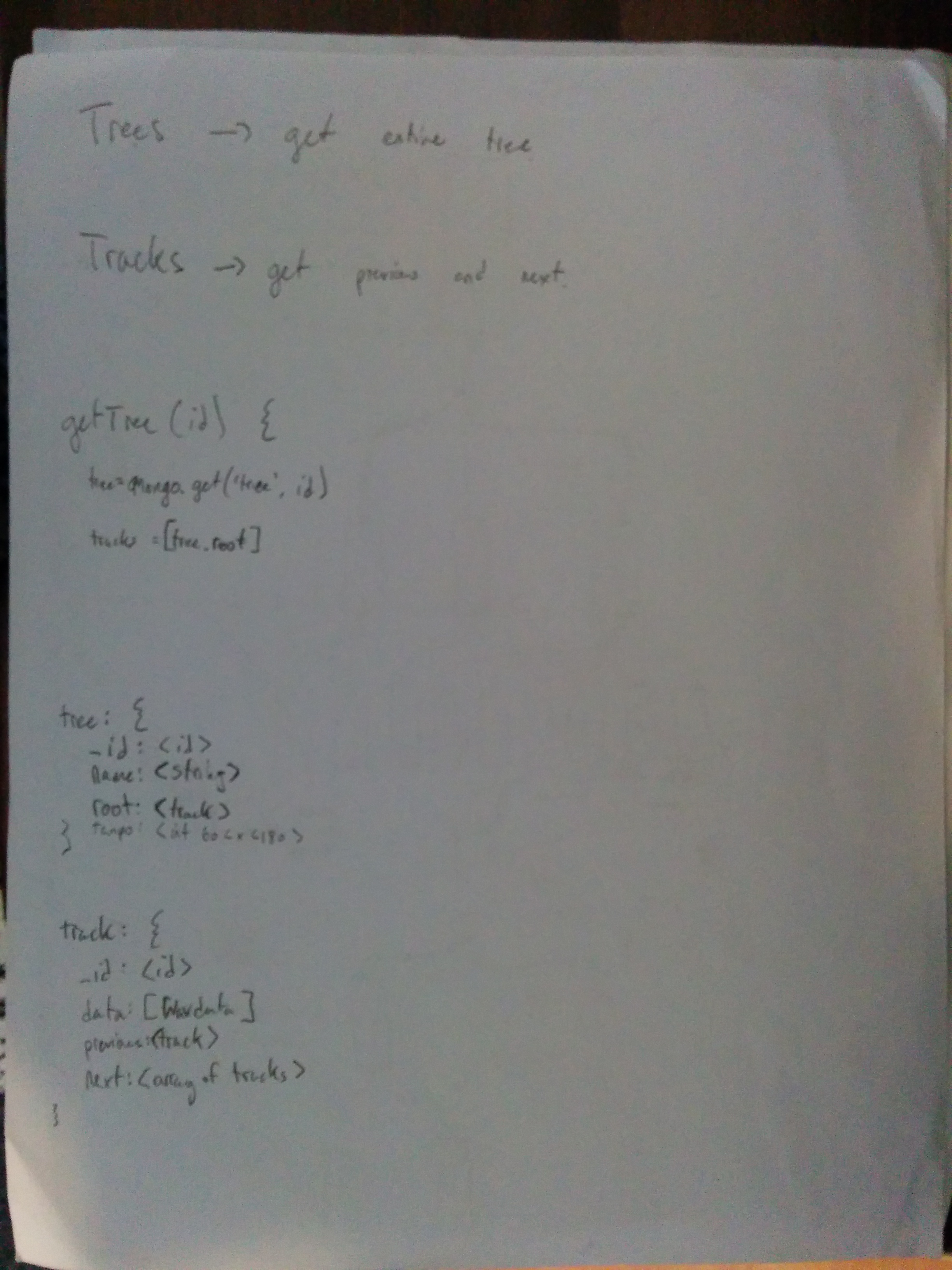 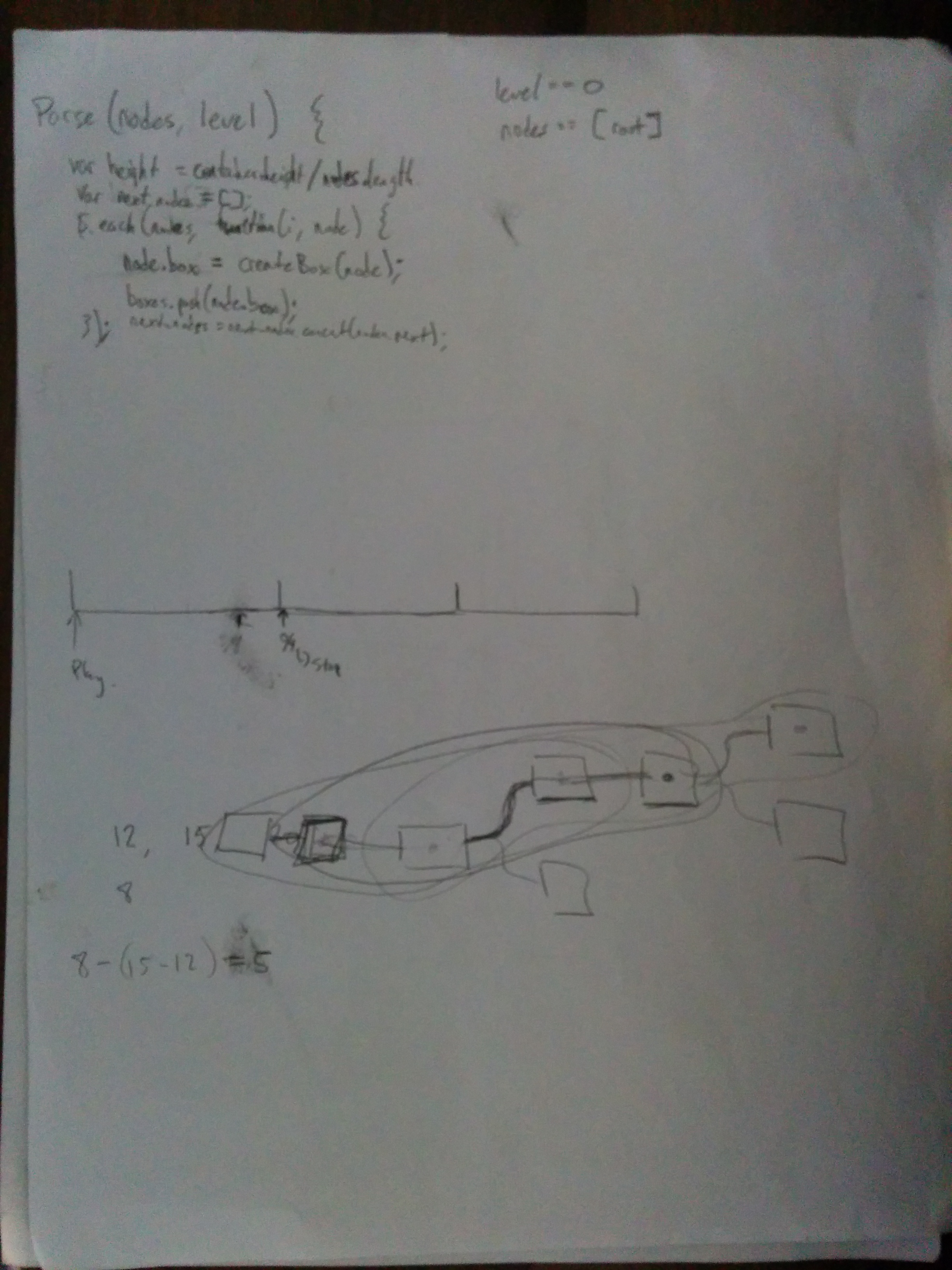 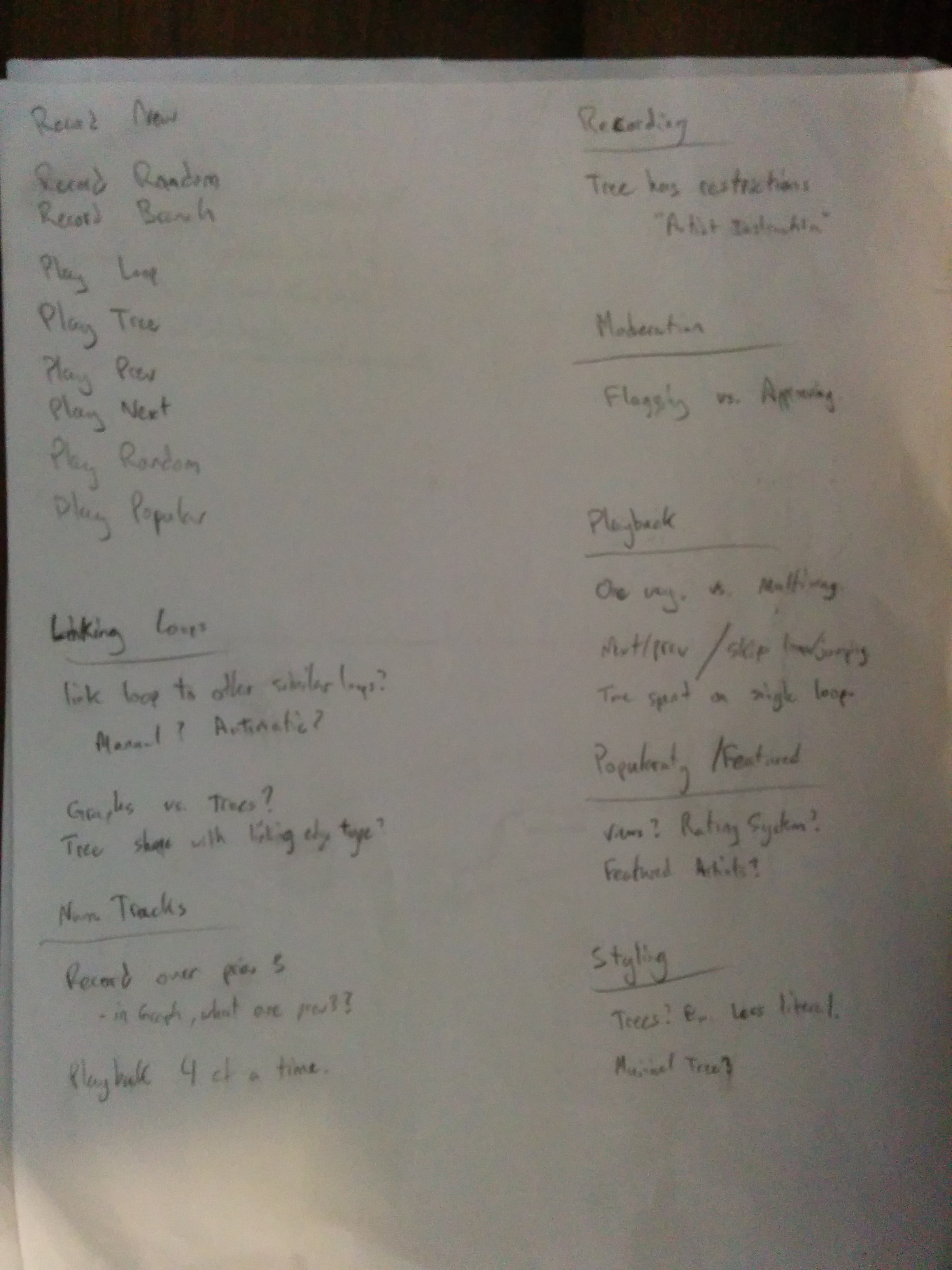 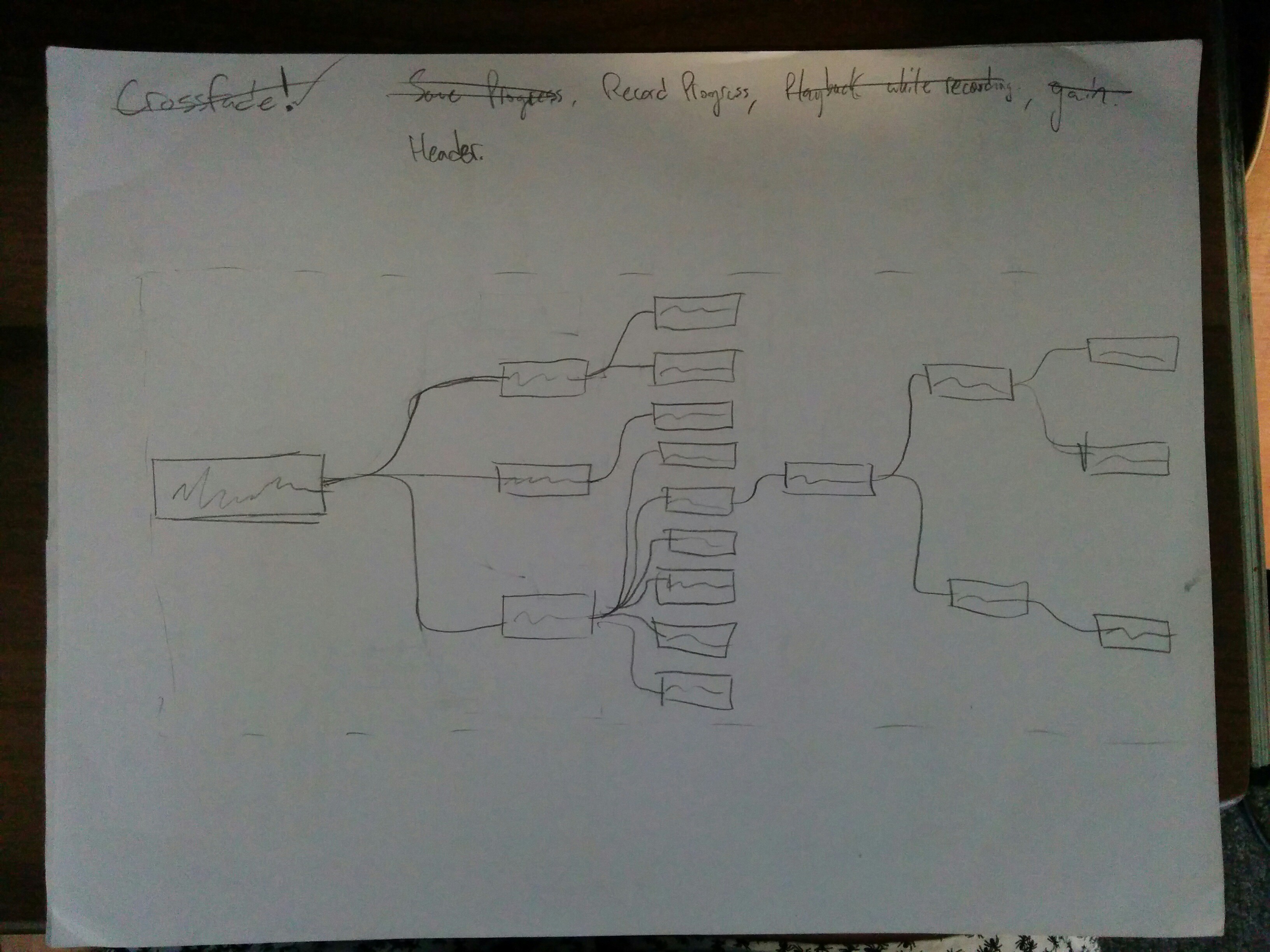