Here are background materials for the Quantified Selfie project.

Some artists have made self-tracking a core part of their artistic practice.

Nick Felton (http://feltron.com) has produced “Annual Reports” about his activities since 2005. He compiles odd minutia and data about the mundane moments of his life, tracking restaurants, beverages, types of meat eaten and a long list of other esoteric data points. Felton is also the co-founder of Daytum.com, and is a former member of the product design team at Facebook. 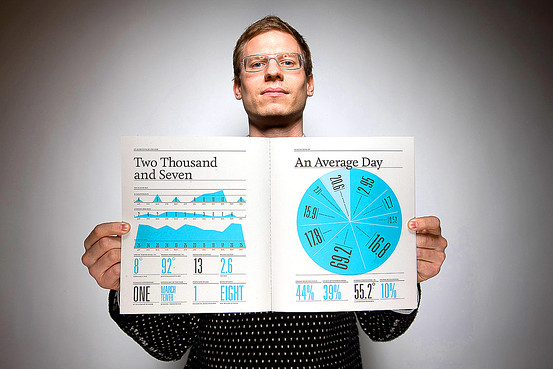 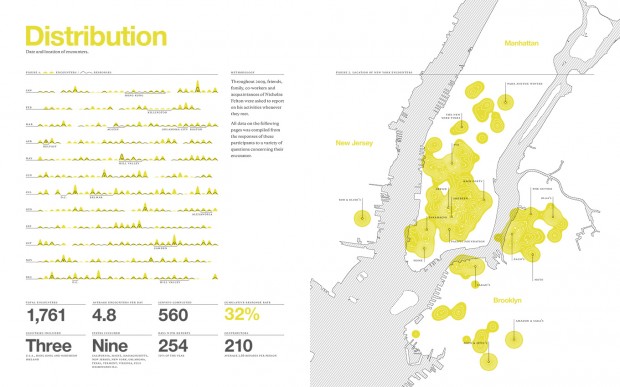 American artist Hasan Elahi has been pre-emptively surveilling himself for the FBI and the Department of Homeland Security, after enduring scrutinous but unwarranted interrogations shortly after 9/11/2001. Elahi explains that he “doesn’t look good in orange.” (Elahi also has a TED talk.)

Some people have tracked and visualized their physical and mental health.

Doug Kanter , an NYU ITP graduate student, is a Type-1 diabetic who has used visualizations to study how self-tracking influences his diabetes control.

Others have tracked and visualized their activities and productivity.

Mathematician/entrepreneur Stephen Wolfram investigated “The Personal Analytics of My Life“. Here, for example, he studied the send-times of a quarter-million of his own outgoing emails: 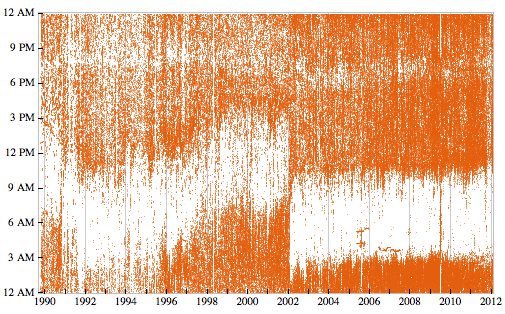 David El Achkar, a consultant, created tools to capture his work habits and discussed “How Six Months of Tracking Everything Increased my Awareness”: