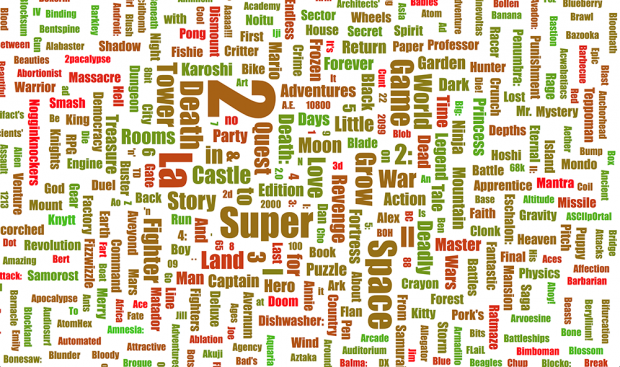 Originally I wanted to deal with Australian Indie bands but the website I was trying to use made it so no easy way was possible. So Instead I went Indie Video Games.

The result is a visualization of 777 indie video games’ names in relation to the game’s rating and word occurrence. In classic word cloud style, words that occur most often are largest. Words are also colored according to the average rating for games who it was a title for (Red being negative, Green being positive).

Most annoying bug: Python & Javascript split differently on spaces and I assumed they behaved similarly. It took me a good 2-3 hours to figure it out.

I use Jason Davies D3 Word Cloud Library as the base for my visualization.