I wanted to create a visualization that was differed from one loop to another because a 1 second loop duration is fairly short and made some of my animations feel too repetitive.  So I decided to include randomness to each polygon vertex. The output looked very funny, which I liked, but the randomness was harsh and looked very frantic. In order to create a smoother animation, I tried many types of easing and settled on sinusoidal easing.  I also played around with timing to get a smooth transition. 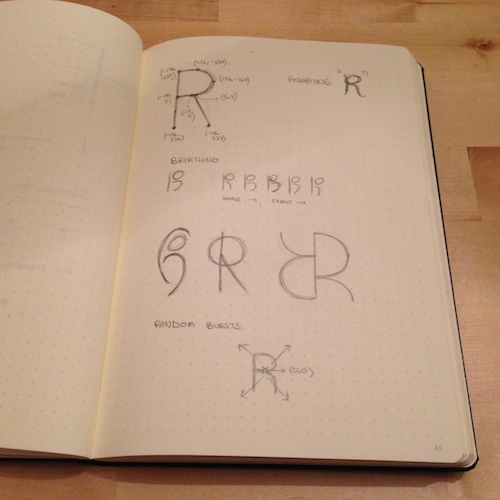 I wanted my second character to be an animation based on the shape of the character. After some sketching, I realized that the ‘!’ character consisted of a dot and line, which could resemble a small character playing jump rope. My main inspiration was the idea that characters form words and communication, in a sense they are alive. So it would be interesting if we portrayed this liveliness, personality and playfulness in the letter’s animation. 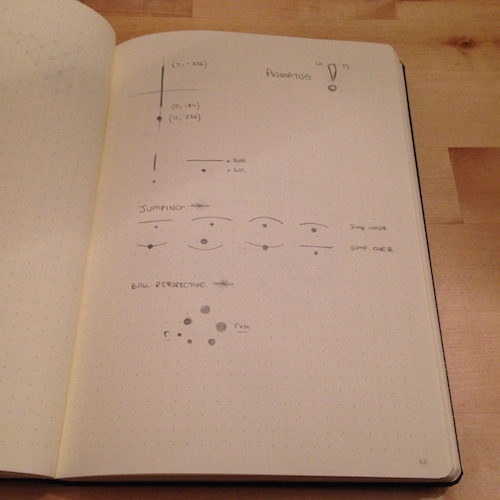