My info visualization will explore the awkward world of crossover fanfiction (a genre of fanfiction that combines characters/words from many different series). I want to be able to see what series are the most popular to combine, but also to discover the most strange and obscure crossovers (for example, this is a crossover between Scooby Doo and Lord of the Rings) with an interactive visualization.

This website has easily scrape-able data for about 30,000 works of crossover fanfiction.

I want to visualize this data as either a scatterplot where each dot represents a series, and the closer together a series is, the more fanctions that combine them exist… 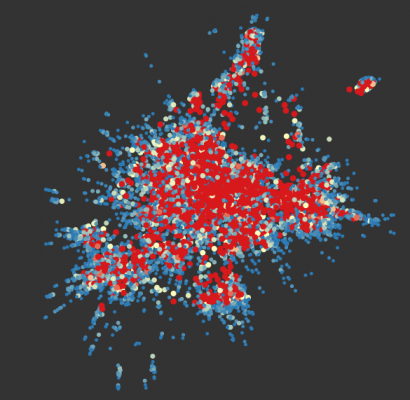 …or as a circular relationship graph where each connection represents one story. 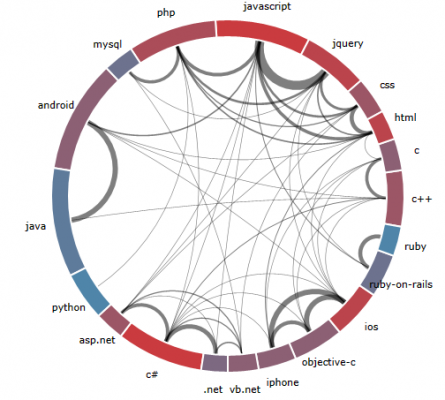 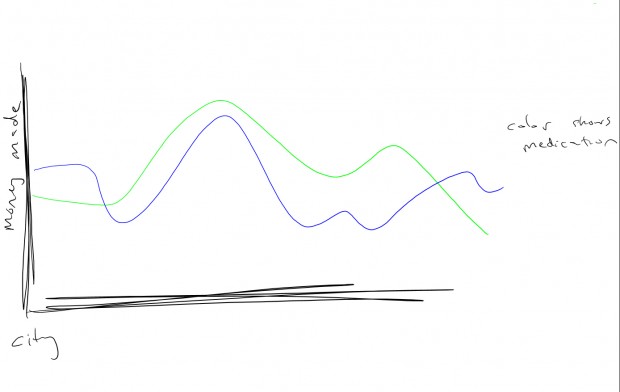 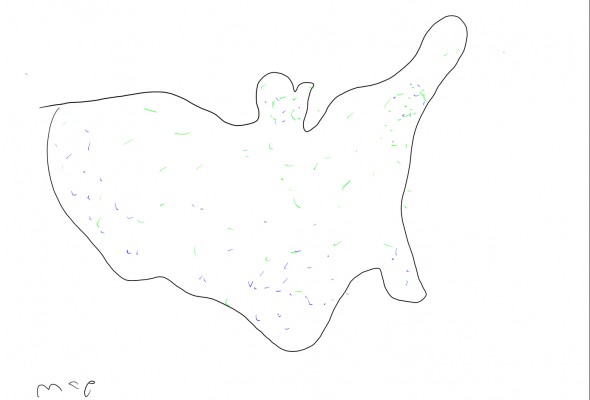 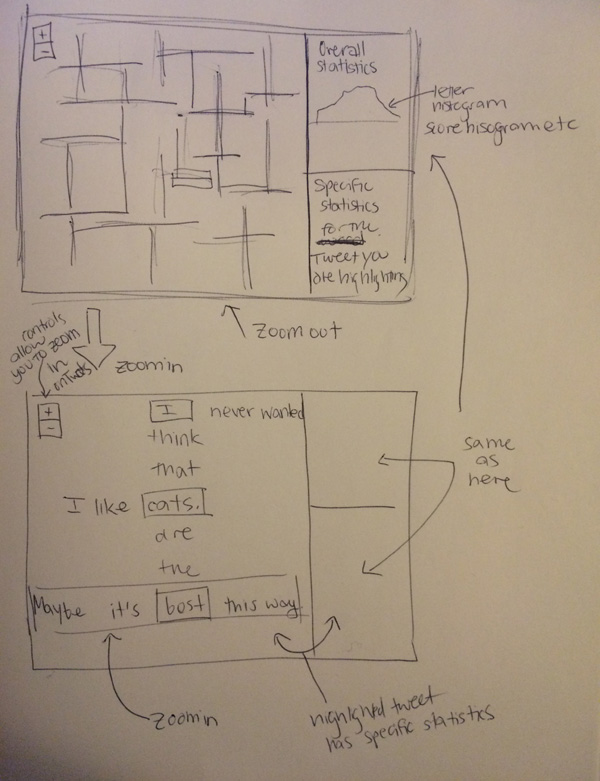 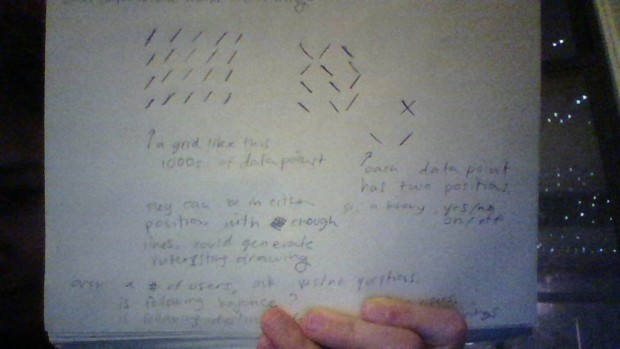 I am going in a different direction than my current data scrape.

I plan to use a grid of diagonal unit lines, either / or \ indicating yes/no for a particular question.

For example, using 100000 instagram users, I could have a  1000×1000 grid which will display a different drawing for the following questions:

By using these diagonal marks, we will be able to see those users who are going ‘against the grain’. Essentially, this is the same idea I’ve had for the data I’ve collected so far, which are 10 second audio samples of YouTube sounds garnered from results of robotically searching abstract terms on the YouTube search bar.

The idea for this visualization is to have a bunch of buttons that play averaged sounds from hundreds of videos collected from YouTube.  While the text terms listed on the paper are only temporary, it clearly demonstrates the idea.  Suppose I press the “Hamburger” button.  The visualization will then proceed to play an averaged sound of several hundred YouTube videos tagged “Hamburger.”  Now, instead of hamburgers, I intend to collect and display sounds from abstract terms, which are words without any physical sound qualities.