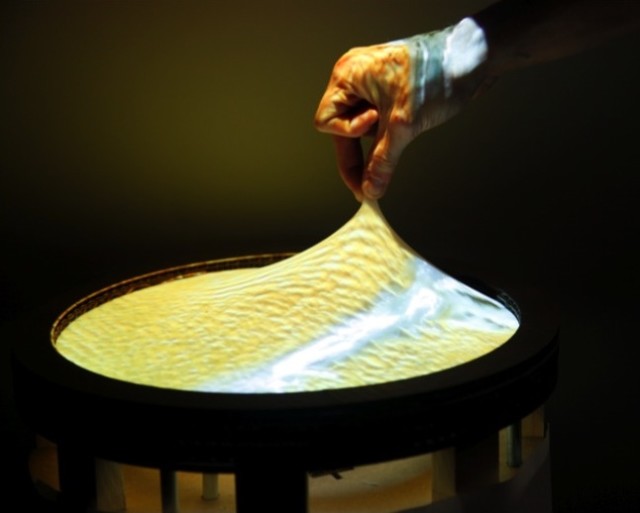 Must Escape the Subway 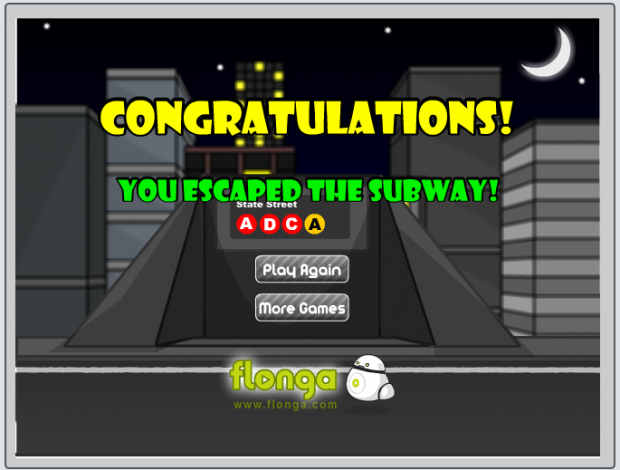 I was looking for any projects that dealt with subway systems. I came across an online game entitled escape the subway. The game is an old fashion point and click adventure where the goal is to find different tools to gradually make your way out of the subway. The game revolves around the idea of a person being trapped in a subway train and needing to escape to the street above. I was looking for a project that captures the experience of being near a subway system, and while this project does do that, I did not find exactly what I was looking for. This project also seems to focus on the fears related to subway culture rather than the joys or exciting aspects. 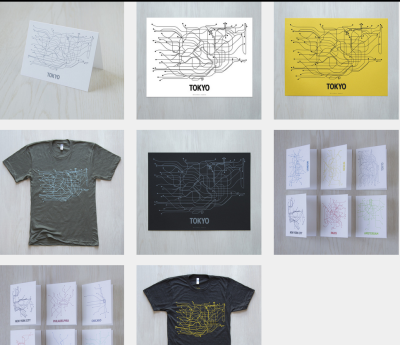 This is a business that sells graphic designs based on transit systems. I am very interested in the track and network aspects of transportation systems, so naturally I approve of this project. I appreciate the transformation of a spatial system to their abstract conceptual 2D form as displayed to the public on maps and other information booklets. The work also captures the merging of lines. While the line images seem to be accurate, they are also rather sparse. I would appreciate seeing some more detail or figures on the Washington D.C. shirt although the sparseness is indicative of the planned proper nature of the Washington System.

This isn’t really “art” per-se, but a piece of research I really like, that I think has has cool artistic implications.   Building Rome in a Day is a research project that can take a sufficient (though not as many as you might think) Flickr photos of a particular site and, with minimal geo-data, create a decent 3D reconstruction in less than 24 hours.  This means that with a collection of photos from a particular site, one could create a plausible 3d image without having to take their own photos.

I think you could do a lot of interesting things with this research.  It would be interest to construct one of these models, and then explore it with a virtual reality headset.  With the advent of WebVR, it might be possible to create an interface where 3D models can be hosted and perused.  I think the ability to not only do this, but to do it quickly and with this level of success should be interesting to anyone interested in doing 3d work with real-world models.

It’s worth pointing out that, while a lot of work is done to ensure the compute power used isn’t exorbitant, the researchers still use far more than what one might consider “commodity” hardware.  It’s not reasonable to expect a consumer to make use of this algorithm without paying a heavy fee, or stretching out the reconstruction time.  I wonder what sort of implications this algorithm might, have, though, and if something cool might be doable on a smaller scale?

Building Rome on a Cloudless Day is an offshoot of the Building Rome in a Day project, which aims to have the same results/performance without a distributed system.

La Maison Sensible is an interactive installation in which the walls and furniture are given sensation and emotion.  Projections on the space respond to the user’s movement and touch, giving the sense that the “house” is responding to their actions with empathy and emotion.  I’m interested in this installation, because it uses technology and interaction to make the room itself into a character, which would be difficult to pull of without computation.  If I had a hand in this piece, I would want to give a narrative to the installation — have the room’s relationship with the audience change, or reveal something about its history.  Perhaps a user’s actions reveal some “memory” of the room and cause it to become sad or angry.  I think a truly “living” interactive room has a lot of potential as a setting and start of a performance.

musicBottles implements a tangible interface that uses bottles as controllers for on/off of music. The system consists of a custom table and three corked bottles that “contain” sounds. When a bottle is placed on the top level of the table and the cork is removed, the corresponding sound starts to play. The interface gives players option to control music in a simple and interactive way.

Another work done by the same group — Tangible Media Group in MIT Media Lab —  is called Audiopad. Although they are both musical applications using tangible tale as a media to help control, this work is far more complex.

It is an interactive instrument for electronic musicians. Its small components including samples, loops, microphones.

I have seen an even larger application aiming to produce electronic music using tangible ways. And it has been commercialized. Here is the video.

How to Make (Almost) Anything

How to Make (Almost) Anything is a class at the MIT Media Lab that focuses on machine fabrication. They worked together to build a modular CNC machine kit out of cardboard that basically provides several axes of movement as well as hold points that can hold items such as pencils.

There are two things in particular I like about this project: that it exposes something relatively opaque, and it’s potential for creating new projects. It makes it very clear how CNC routing happens — the individual components that control motion and contact are easy to understand on their own through the modular design of the kit. Regarding the utility of tool, I loved seeing them work on cardboard and styrofoam. These are materials that we all get in abundance in packaging and then have to figure out to dispose of. I’d love the ability to take packaging that is otherwise bound for the trash or recycling and have the ability to easily repurpose it as a creative material.

I’m drawn into the project because of it’s apparent simplicity. The machine looks like something I could assemble. It heavily reminds me of the PrinterBot kits, which are similar in concept (though for 3d printing); however, I watched my colleagues spend way more time trying to assemble the PrinterBot kits with no small amount of frustration. One thing that I would like to see is a clear on-boarding process that makes it easy for people to assemble the kit, which I think would be in line with the democratizing drive of simple, cheap fabrication methods. The question they need to answer effectively is: “Is the money I save with a kit worth the potential frustration of self-assembly?”

Satelliten is a project that maps the paths of satellites in a low-earth orbit onto an actual atlas map by using a set up similar to the CNC router in the project above.

The single thing that draws me into this project the most is the juxtaposition between automation and the old school, decidedly analog book the paths are drawn onto. There’s something about that and the way it’s documented that just feels right, as if the book is somehow being updated to reflect our newer, digital world.

Beyond that, it’s a pretty simple concept with straightforward execution. I enjoyed watching the square get darker and darker with time, which made me wonder if darkness would be a reliable (and explicit) way to look at satellite traffic across the world if the drawable area were bigger. I’d like to see more some more variation, perhaps if the color could change over time or if different colors were used for different types of satellites. It may also be worth conveying altitude or speed to show how different kinds of satellites fly.

This work is reminiscent of weather patterns, and in fact bears a lot of similarity with Epic’s hurricane visualization. The Quadrature folks explicitly state that they are interested in outer space, so it makes sense that they would visualize satellites, an item that are beyond our normal thoughts and perception and yet clutter our atmosphere and have an increasing impact on our daily lives.