I’m looking at ways of seeing our city. I’ve got data from Walkscore, but am looking to do something more interesting than just walkscores. I’ve also got huge repositories of geotagged tweets and flickr photos, so it would be cool to involve those both too. I guess it will probably involve a map, but it doesn’t have to, and I’m interested in visualizations that don’t. On the first photo here, I’ve got some ideas of counting the number of photos, number of outdoor photos, number of photos of architecture. 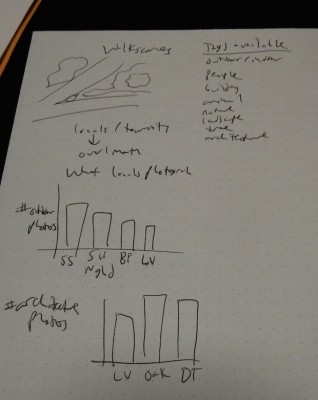 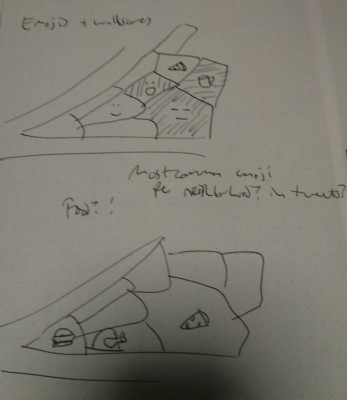 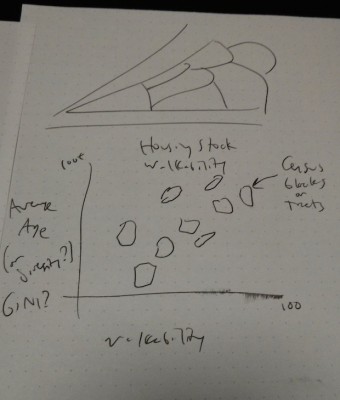 What am I trying to do? Something about livability in a city, and supporting good urban policy, but I’m not sure what. On the bottom, we’ve got walkability and diversity of housing, a Jane Jacobs idea. Maybe we can compare places by GINI coefficient or some other measure of diversity, as the best neighborhoods have some buildings that are old and some that are new.

Plus, in the middle, some fun ideas about emoji and food, as people post a lot of both of those and it would be fun to see what’s the most common of each.