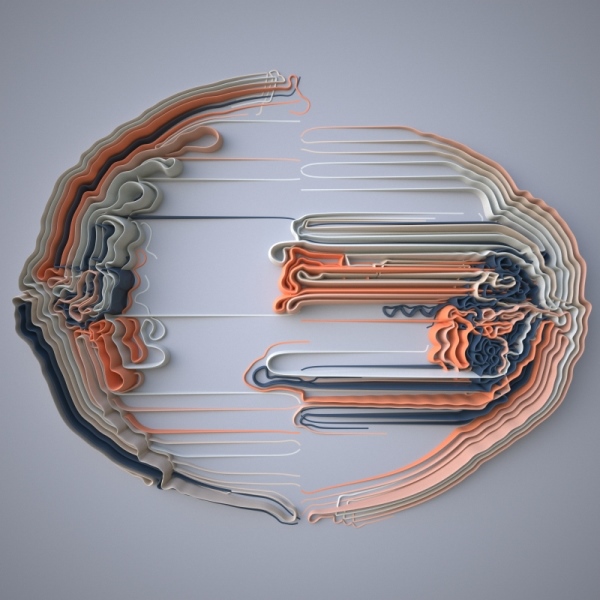 Meanders is a series of sculptural works created for fabrication in Processing. Each agent is given an initial position and a velocity. Each particle’s path is recorded, these are the lines seen in the sculpture. The paths loop around each other, and sometimes cut through one another.

Once the program had finished running, Randazzo exported the paths to be printed. The result is a physical work, which is one part of it that I really enjoy. I also appreciate the level of design that went into the project including material and color choice. Overall, the result is mostly a formal study. The work is tagged as a personal project, it doesn’t seem to have a contextual practice element.

I can imagine that having the agents being initialized by some external data points could lead to some interesting results. A strange new kind of graph. 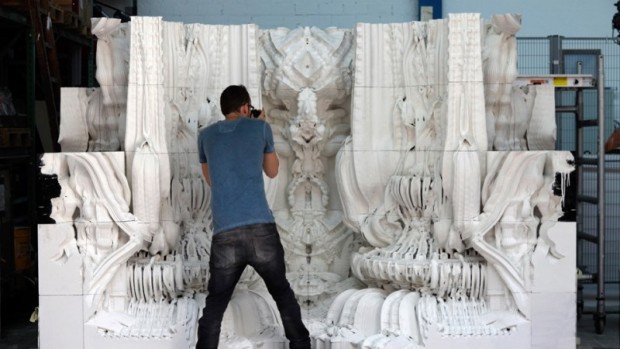 For Digital Grotesque, the artists used generative programming to invent a new space, which exists in the physical world. Similar to Meanders, a program was used to create a model which was then 3D printed in sandstone. The program outlined a procedure (inspired by cell division) that begins with a simple cube and ends up carving out architectural details down to the millimeter.

This project is even more interesting to me than the previous one in this blog post. Even though the process was very similar, these artists are working with complex ideas, beyond formalism.

For me, it seems like generative art contains complex ideas regardless of the artist’s intentions. To have an algorithm generate something that is aesthetically pleasing to the human eye… really complicates the role of an artist. And I think we can really see this shift of the artists’ role when comparing contemporary work to all preceding artistic movements.

This shift is highlighted in this Digital Grotesque project. Here, the computer has not only rendered or printed something beautiful, but has actually generated a real space. How complicated.