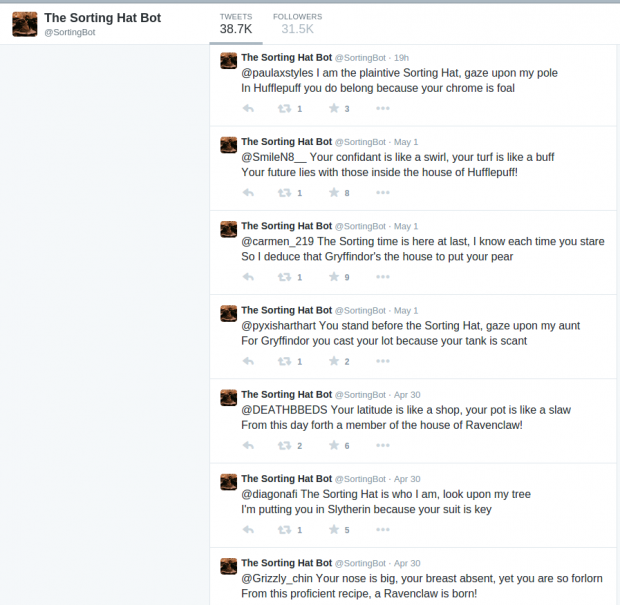 The clever thing about this bot is that it takes a popular character that everyone wishes they could interact with, and allows them to interact with it. Everyone wants to know what Hogwarts house they belong in, and that’s what make this bot so engaging. Throw in the rhyming and it’s a home run. Only problem I have with this is after a while of looking at posts I start to see some bad rhymes or repeated rhymes. It could have been smarter but who is going to put in the effort to do that, honestly. This was good enough to make it a huge hit.

EMERGING FACADE – swarm-designed structure in Grasshopper from Novedge on Vimeo.

You know what’s insane? I posted my swarm jewelry … February 10th? And this video was posted around the same time. Great minds think alike, I suppose…Jump to exactly 1:02:00 to see what I”m talking about. It’s EXACTLY the same as what I made, except he rendered it better. I have no words. Well, I do have words. Mine was a necklace, and his is a ring I think. Not that that makes a difference. Yeah no, I really have no words.