As an introvert who is not particular enthusiastic about mountainous terrain, I was attracted to this Strange Maps article. The article contains the following graph from a study by Oishi, Talhelm and Lee in the Journal of Research in Personality. 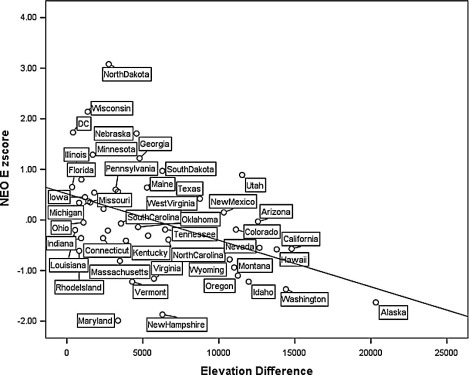 The authors investigate a connection between a preference for mountainous / ocean terrain and degree of extroversion. This map / graph was really interesting in the context of readings on visualizing lack of data, and biases in Data Visualization:

It is a pity that an attempt has been made to generalize this small amount of data. Interesting visualizations could have been made with the participants available, while still retaining integrity of visualization.